Christine Zambetti on Telling the 49ers' Story Through Design

Plus, the Auburn Tigers, Tim Tebow, and Team USA's athlete profiles for the Olympics 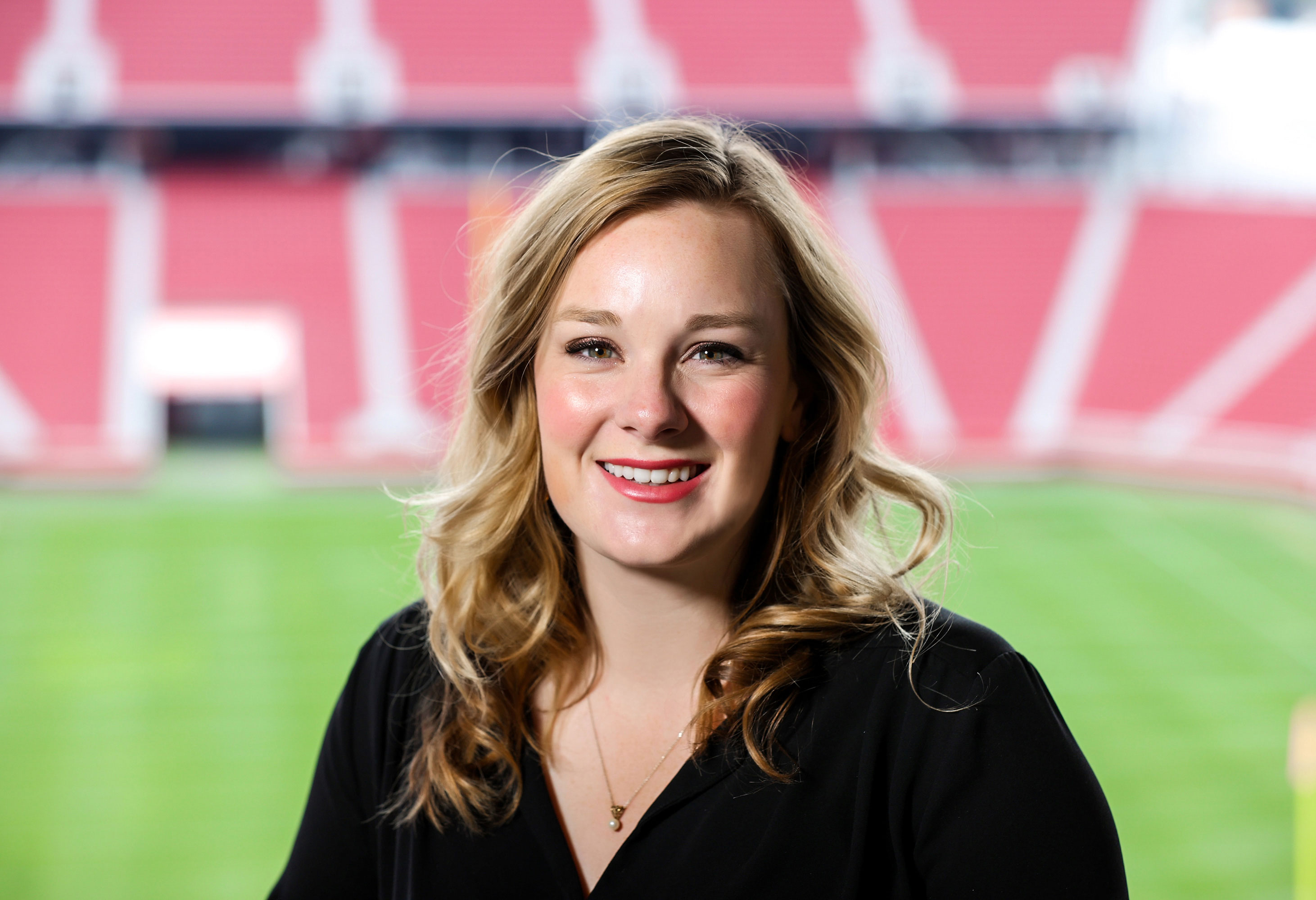 Christine Zambetti is in her fifth season with the 49ers and currently serves as senior manager of graphic design. In her role, she collaborates with the team's photographers, videographers and in-game entertainment producers to collect visual assets and create graphics for the team's digital platforms year-round.

Christine has played an integral role in the development and deployment of several brand identity campaigns including "Faithful Then, Faithful Now," "Faithful to The Bay" and the organization's 75th anniversary season. She received a Silver Clio Sports Award for her work on the 49ers' Faithful to The Bay Embroidered Gameday Graphics Series. This series combined her passions for digital and textile design, requiring her to hand-embroider a different gameday graphic for each 49ers game that season. Once completed, the physical graphic was overlayed with graphic design elements promoting the game opponent, kickoff time and presenting sponsor.

Christine began her career in collegiate athletics—in graphic design roles with the Auburn Tigers (her alma mater) and Arkansas Razorbacks.

We spoke to Christine for our Time-Out series, where we chat with folks in the sports world about their favorite athletes, teams, sports movies and shows, and their love of sports generally.

I grew up in Germantown, Tennessee, and now live in San Jose, California.

Watching SEC football with my family every Saturday growing up. We had a tradition of bringing in buffalo wings and watching Florida and Auburn play. The first game I ever attended was Florida at Ole Miss. We tailgated in The Grove, which is packed with people and tents full of ornate spreads of food and candelabras. It is quite the experience.

Auburn Tigers. We won the national championship my freshman year with Cam Newton, which was an incredible experience. In addition, my last home game as a senior was the Kick Six against Alabama and the Prayer in Jordan-Hare against Georgia the week prior, which led to us winning the SEC Championship and attending another national championship. Moments I will never forget. War Eagle!

And of course, the 49ers. I didn’t follow the NFL closely until working here. This team has made it an easy transition to become a lifelong fan. The culture of the team and the passion of the players, past and present, is what makes being a 49ers fan so fun. Go Niners!

My favorite athlete would have to be Tim Tebow. Watching him play for Florida ignited my love for football, and that passion is part of what got me to where I am today in my career. As impressive of an athlete as he was, he was an even better person and leader. I have so much respect and admiration for the way he always strived to make a difference on and off the field.

Makers of Sports is a great sports design podcast that has interviews with a lot of influential designers in the sports world. I love hearing the stories of how other designers got their start and their perspective on the direction sports design is heading. Sports design is a pretty niche field, which has led to a great community for sport designers to connect and expand the field as a whole.

The Longest Yard. I love watching movies as an escape, so anything that can make me laugh is what I am drawn to and this movie definitely made me laugh.

We just wrapped up our 75th anniversary season with the 49ers. I am proud of the work our design team was able to accomplish celebrating those 75 years of history and success in a visual story and branding throughout the year. My favorite anniversary series was our gameday graphics. We recreated gameday cover designs that we found in our museum archives. We added in images of our current players to mimic these covers from each decade of the team’s history. 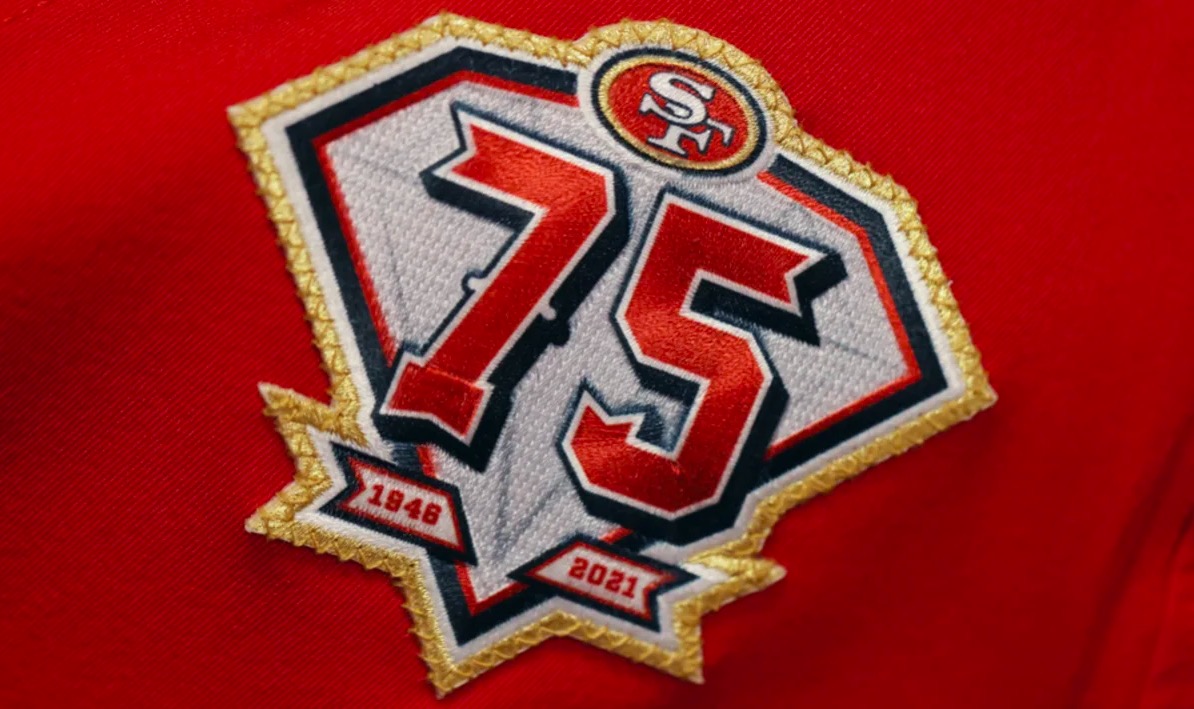 I have enjoyed following along with the Team USA coverage of the Winter Olympics. They do a great job across digital, social and broadcast platforms of telling the athletes’ stories. This allows me as a viewer to become emotionally invested in their success and encourages me to follow along with some of the lesser-known sports.

Sports brings people together, gives them something to cheer for and a sense of community. Just as it did for me growing up, sports creates memories and moments that can be shared. Also, playing sports can teach you teamwork and how to work hard for success but also how to handle defeat, both of which are important life lessons.

I always thought that event planning would be really interesting. I clearly find myself drawn toward creative careers and working on weekends, but if you love what you do, then it shouldn’t feel like work.