One of the impressive things about Skittles: The Musical, the hilariously devious little one-act that opened (and closed) at Town Hall in NYC on Sunday, was the caliber of theater talent involved.

The star, Michael C. Hall, though best known for his TV work, has a long list of stage credits, including top roles in Broadway productions of Cabaret, Chicago and Hedwig and the Angry Inch. And the writer, Will Eno, is a Pulitzer Prize finalist. The choreography, lighting, costumes and music were also handled by longtime theater pros.

Pulling everything together was Sarah Benson, who was brought in by production company Smuggler to direct the production. Benson, who is British born but who has lived in New York for almost two decades, is artistic director at Soho Rep, which has been described by The New York Times as "one of the city's more prestigious incubators of avant-garde theater." 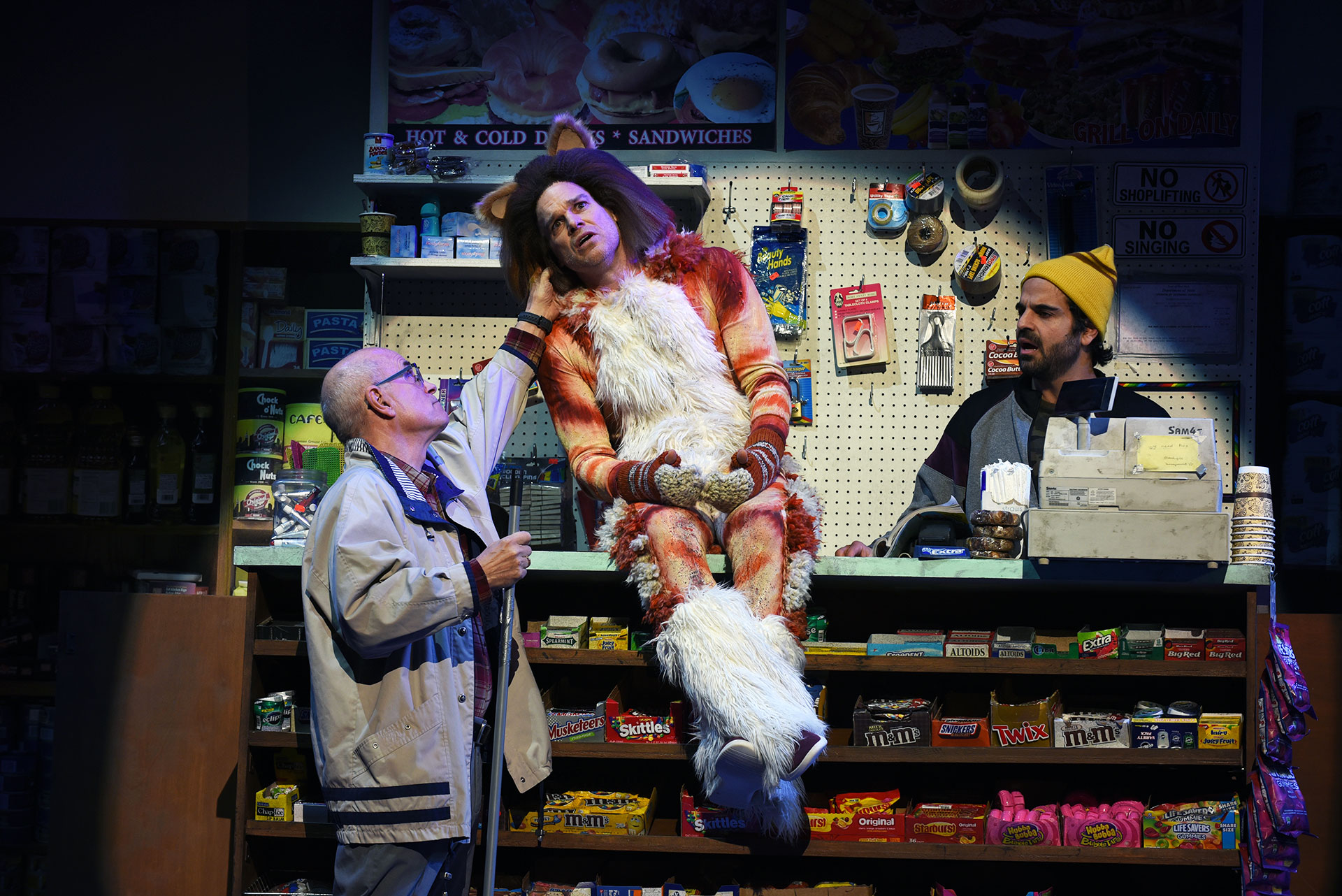 In an interview last week with the Times, Benson seemed still a bit flummoxed by how, exactly, she got involved in directing a live, one-performance-only Skittles commercial on Super Bowl Sunday. "I hope that this is the only time that this happens," she said of directing a commercial.

Muse caught up with Benson to ask her a little more about the DDB/Smuggler creation and what drew her to it creatively.

Given that your work is usually so non-commercial, why did you say yes to this?
The playwright Will Eno texted me about it, and it took me, I think, three phone calls with him to even begin to understand how this functioned as an ad in the world! So that in itself was interesting to me—unpacking the architecture of how the ad was being approached. Talking to Will and Nathaniel [Lawlor, a freelance copywriter who wrote the lyrics for the songs] it sounded so strange and meta and that it was using the form of theater itself in a very compelling way.

Did you ever see yourself directing an ad as you were coming up in theater?
Definitely not!

What else interested you creatively about the project?
I'm interested in the shifting position of theater in the culture, and this project explores theater as a medium and how it lives in the world in a brilliant way. The piece really leans into the ephemeral nature of theater—that it's ultimately always an event that is co-authored by the audience. And it's also exploring the ongoing loop/question of if we create culture or if it creates us.

I was also very excited, with my collaborator the choreographer Raja Father Kelly, to create something that was in conversation with "The Broadway Musical," which is both a fascinating original American art form and also a site for intense genre-fying. Raja really embodied that tension in the dance. 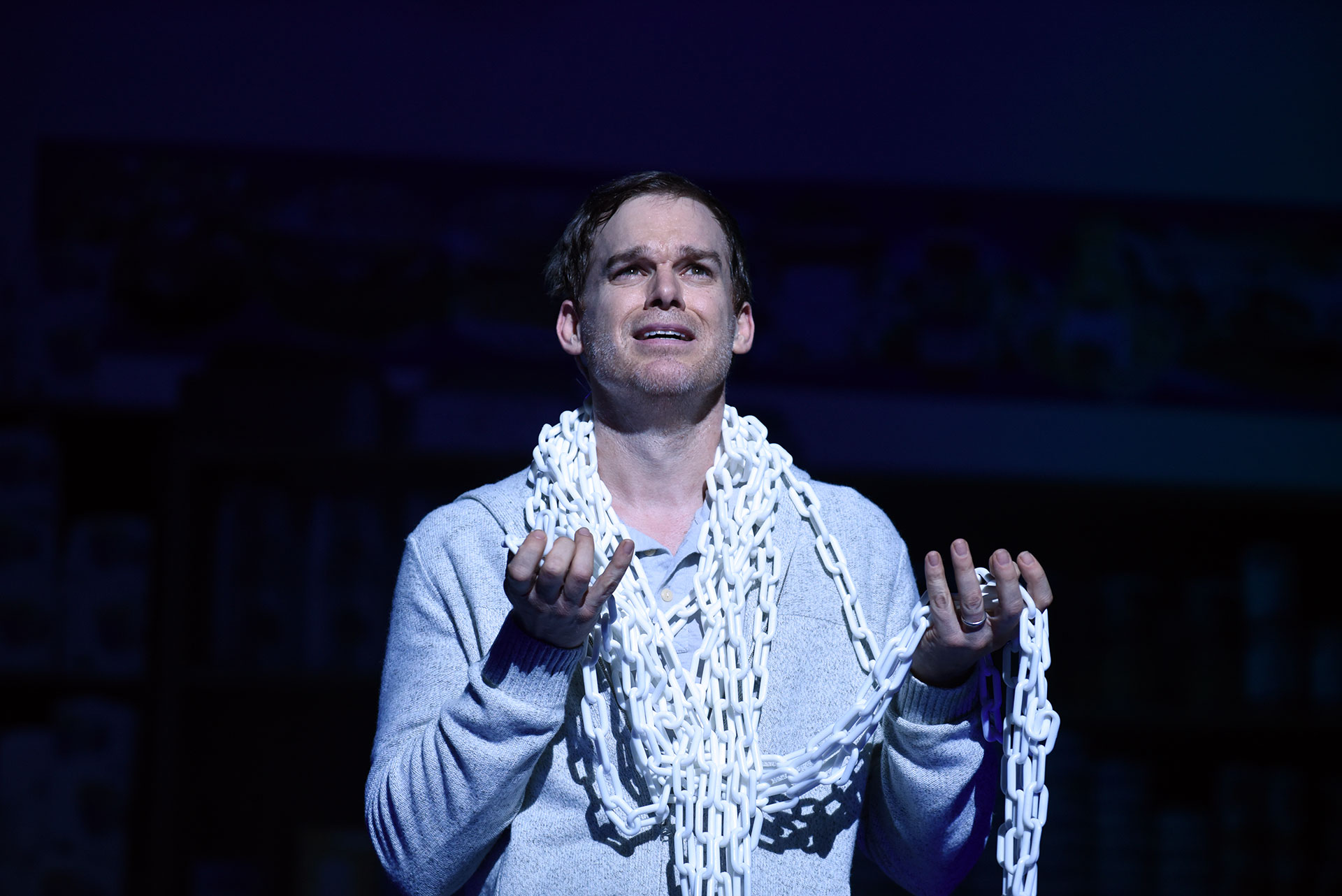 How did you go about casting the show, and how much rehearsal did you have?
Michael was on board, then we held auditions for the rest of the company. We rehearsed for two weeks in a studio and then had two days—yikes!—of tech.

Did the commercial nature of the project make you approach the material any differently?
I made my task to create a really good piece of theater. And something that would sing in a 1,500-seat theater. I know I'm probably in the minority on this, but I strongly feel that innovative art and populism are not mutually exclusive. This ad converges those elements in a way that I love.

Are you a fan of Skittles, and does that even matter?
I am! They are vegan—otherwise I couldn't have done it. Our family is vegan and so for our kids they are the ultra-bargaining chip.

Following this production, do you see a future for yourself in commercials?
Not really. I can't imagine that something so creative and strange with so many amazing collaborators would ever come along again!