A man who changed baseball, and so much more

Spike Lee always wanted to make a movie about Jackie Robinson, and he worked for several years in the 1990s to make it happen. The project never came to fruition (it was Brian Helgeland who eventually made the biopic 42 in 2013, with Chadwick Boseman in the lead role).

But Lee has now returned to the subject of Robinson—on what would have been the baseball legend's 100th birthday—with a long-form ad for Budweiser that kicks off a yearlong tribute to Robinson by the brewer.

The Georgia native made history on April 15, 1947, when he walked on to Ebbets Field in Brooklyn for the Dodgers—the first African American to play in Major League Baseball in the modern era.

In the ad, Lee, a newly minted Oscar winner, captures the pride the African American community felt at Robinson breaking the color barrier in the segregated sport. Created by Isobar and narrated by Jackie's daughter Sharon Robinson, the spot also celebrates unity and inclusion generally, finishing with portraits of men and women who are enacting change and progress every day in their communities.

"I'm honored to work with Sharon Robinson and Budweiser—all of us working in unison to pay homage to a great American who literally changed the game with the impact he made. Long live Jackie Robinson!" Lee said in a statement.

The "Impact" spot will air nationally Thursday for Opening Day as a TV commercial, as well as in ballparks across the country. The campaign also includes striking print work, which you can see below. 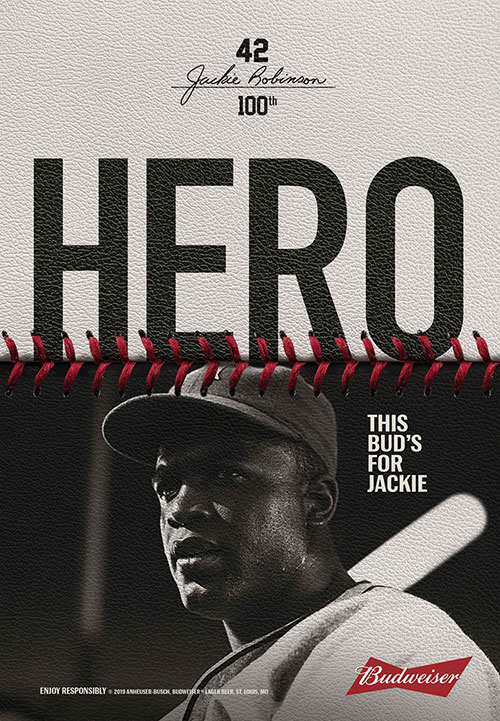 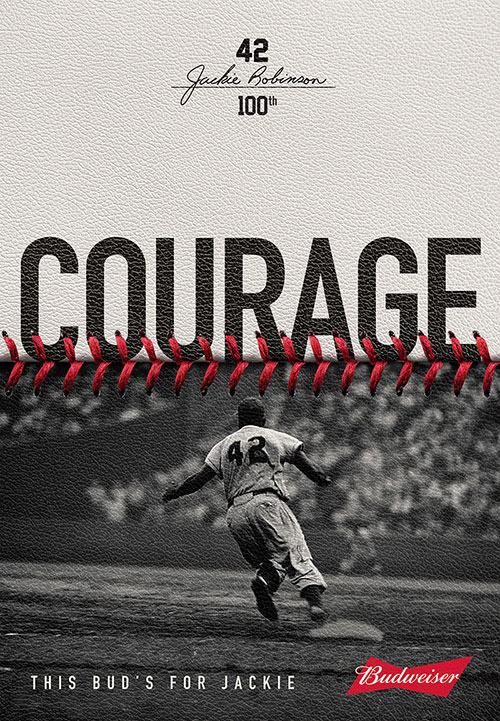 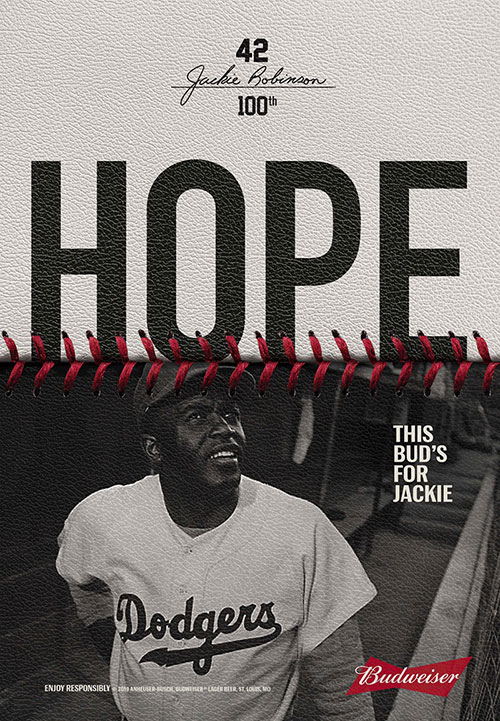 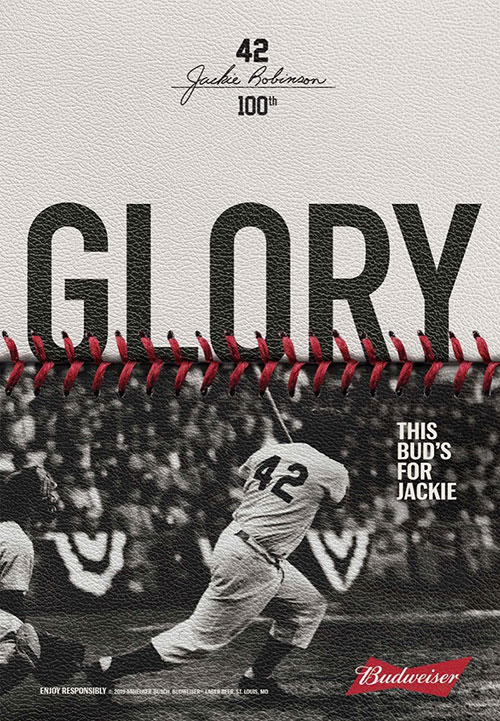 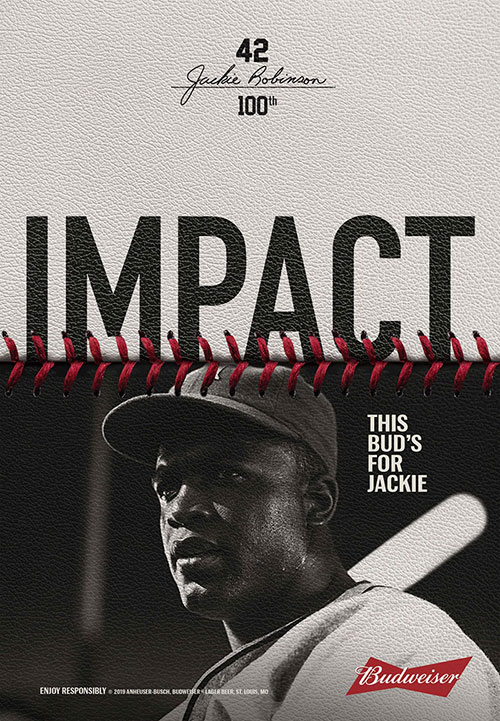 "I was incredibly honored to work with Spike Lee and Budweiser on 'Impact,' " Sharon Robinson said in a statement. "Spike's passion for the life and legacy of Jackie Robinson is legendary. We were confident that he'd pay tribute to my father in a fresh and respectful way. The deal was sealed when Budweiser stepped to the plate to help support us in funding the Jackie Robinson Museum."

"Jackie Robinson was a true American hero who displayed incredible courage and resilience in the name of equality and unity," said Ricardo Marques, vp of marketing for core and value brands at Anheuser-Busch. "His boundary-breaking achievements extend well beyond baseball through his work as a civil rights activist; undeniably Jackie Robinson continues to serve as an inspiration today for anyone out there looking to live with impact."