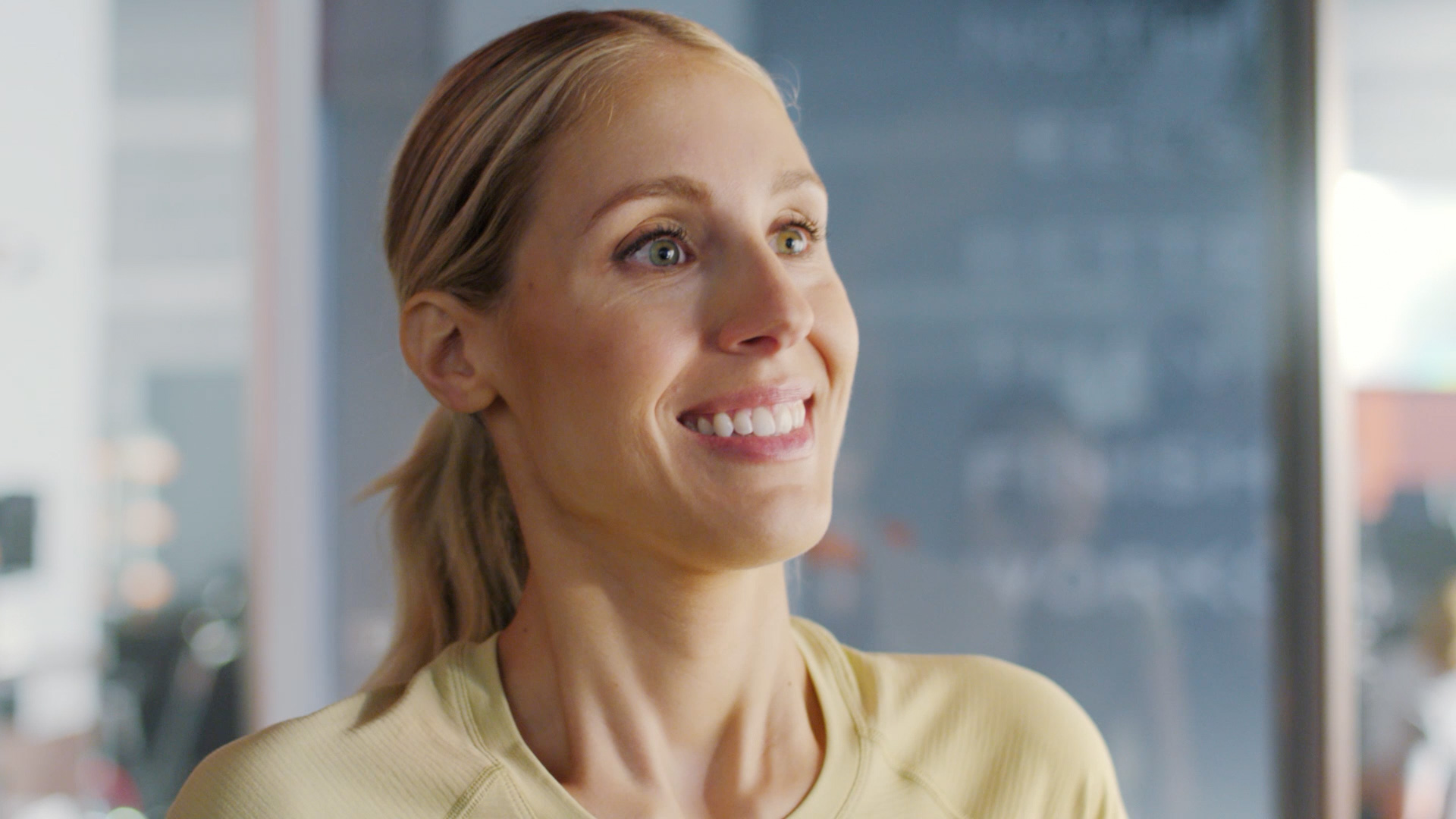 Do you miss going to the gym since the pandemic began? Do you long to crush those abs and tighten that tush ... but feel inhibited enough to keep doing squats in your basement between the leaky furnace and broken lawn furniture?

Orangetheory Fitness addresses such concerns in a cute campaign from Tombras. The agency based its "Newvember" membership push on research indicating that folks increasingly dread the monotony of home workouts and crave the connection of gym-based routines.

Yet many feel unsure about venturing into such a setting during pandemic times. For instance, newbies like Rachel, a trepidatious type who visits an OTF studio in the spot below:

She worked up a sweat just fretting, right? The point, of course, is that OTF makes it easy to get back into lifts, crunches and other body-toning stuff—like "splat points," which play into Rach's evolving story in the ads below:

"While the pandemic physically closed our doors, in another sense it opened them to a whole new set of members— people craving the fundamental benefits of health, but also being together and coached by a professional who actually knows you and is with you in the same room," says chief brand officer Kevin Keith.

"Through testing, learning and mining our own data, we've gotten a keen understanding of who our most promising prospects are right now," he says. "We know what keeps them from trying OTF is often self-doubt. We're out to help people get over that hurdle so they can live longer, more vibrant lives."

The approach has generated an 84 percent increase in daily sign-ups over the past two weeks. Alas, that doesn't quite equal 300 million folks hitting the treadmills ... yet. Pick up the pace, OTF!