You'll never look at a mop the same way again 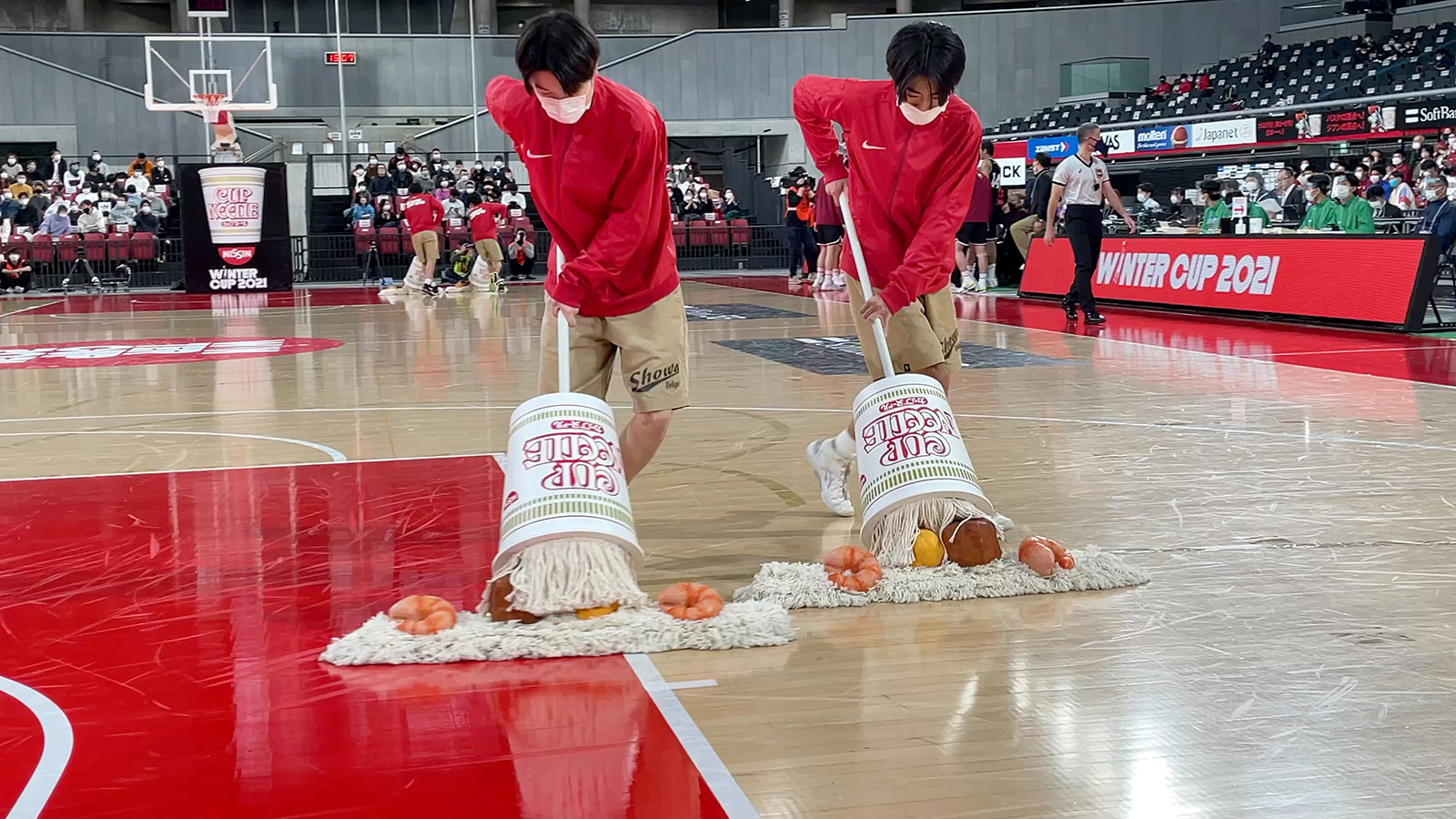 There's typically a five-second rule when food meets the floor, but not in the case of Nissin Cup Noodle and its unique sponsorship of a high school basketball tournament in Japan.

The company created four branded mops to lap up sweat and moisture on the court during Winter Cup 2021. One for each mopper coming from the corners of the court. The delightful mops have an upside-down Nissin Cup on the handle with "noodles" falling out, along with pieces of shrimp, meat and egg. Tasty!

"We wanted to come up with something that would make the Winter Cup even more exciting," says Haruka Aoki, chief of corporate communications at Nissin. "The idea to post photos on social media occurred because we noticed that the mops used in the basketball courts looked a lot like the noodles in Cup Noodle."

Nissin came up with the idea in-house and worked with an agency to bring the mops to life.

"The Nissin Foods Group has supported various sports activities based on the philosophy that 'food and sports are the wheels to drive health,' which was advocated by the founder of Nissin, Momofuku Ando," Aoki tells Muse.

There are no immediate plans to use the sponsored mops, but a solid fallback could be creating smaller, household-sized versions to potentially make cleaning—dare it be said—fun!