Nothing is left to chance in instantly iconic photo

As the World Cup kicks off today and advertisers jockey for position in soccer's quadrennial superevent, it isn't a flashy commercial but a muted, brooding print ad that's getting most of the attention—including staggering like counts on Instagram and plaudits from every corner of the ad world and beyond.

The execution features an Annie Leibowitz photo of Lionel Messi and Cristiano Ronaldo, the game's two greatest stars over the past two decades, facing off in a different game—chess—which they're playing on a Louis Vuitton briefcase. 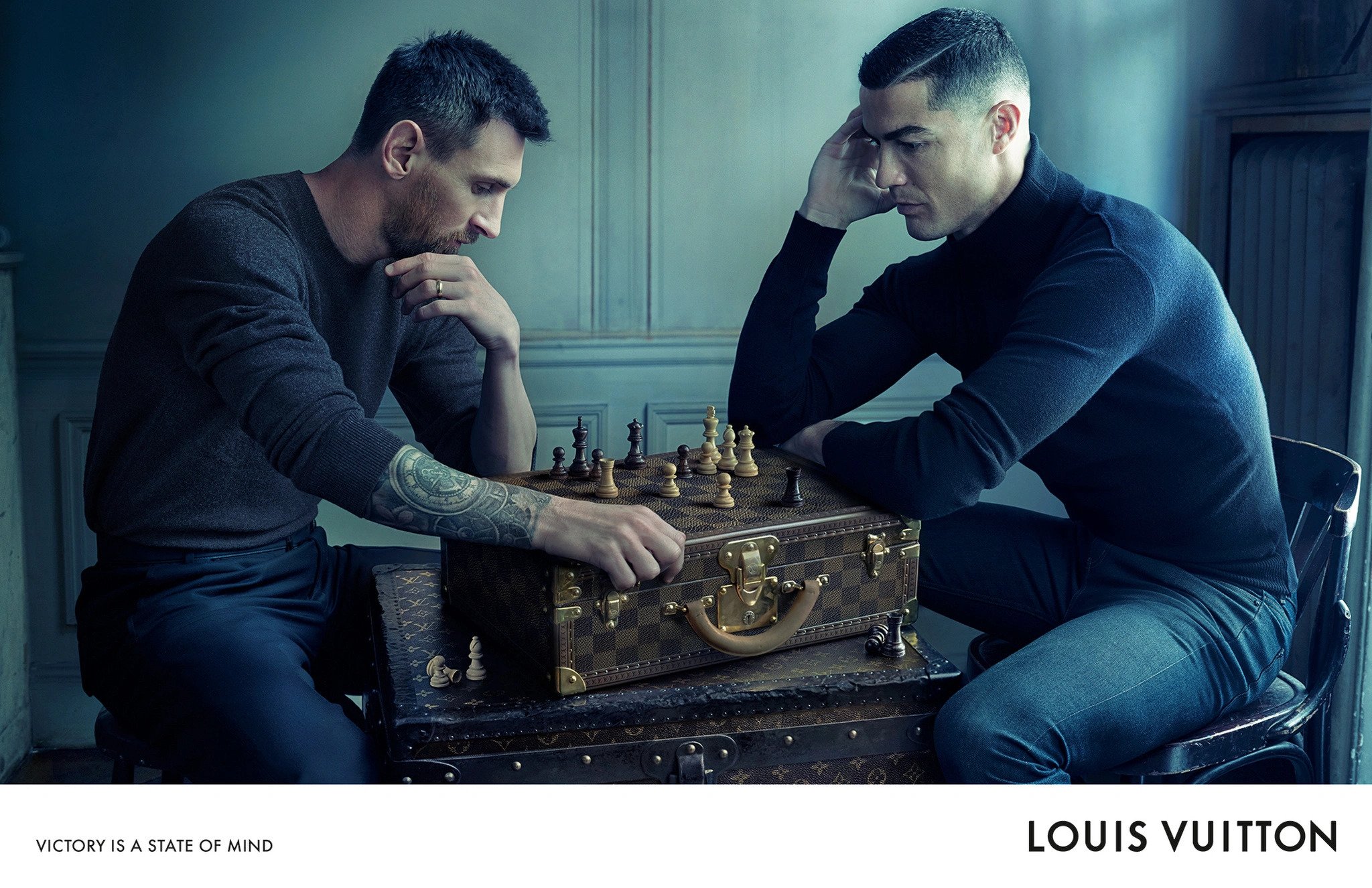 Messi and Ronaldo both posted the image on Instagram, where it's gotten a combined 57 million views and counting—a remarkable number when you consider the single most-liked Instagram image is still the World Record Egg from January 2019 (with almost 56 million likes).

The image is extraordinary for any number of reasons—it's the first time the pair have appeared in an ad together; it's perfectly composed; it plays up the often underrated mental side of soccer; and it quietly ratchets up the tension for two giants of the game, each playing what will surely be his final World Cup, for Argentina and Portugal teams that are both seen as strong going into the tournament.

But our favorite part of the ad is the position of the chess pieces themselves. As Chess.com reports, the board is not random. It's a recreation of a pivotal moment in a 2017 match between grandmasters Magnus Carlsen and Hikaru Nakamura—a wonderful easter egg that ranks up there as one of the great hidden details in an ad.

Another grandmaster, Peter Heine Nielsen, was the first to point this out on Twitter. Carlsen himself then commented on the post, tweeting: "Second greatest rivalry of our time mimicking the greatest." He added: "The original is from my game with Nakamura in Norway Chess 2017, a very tumultuous event for me, I ended up with minus one and at several points during the tournament was I in risk of dropping to number two or three or even four in the world. It was tough!"

The Carlsen-Nakamura match, aptly, ended in a draw.

Below, check out a BTS film from the Vuitton shoot.