Schweitzer's campaign speaks to the broad frustrations across the category 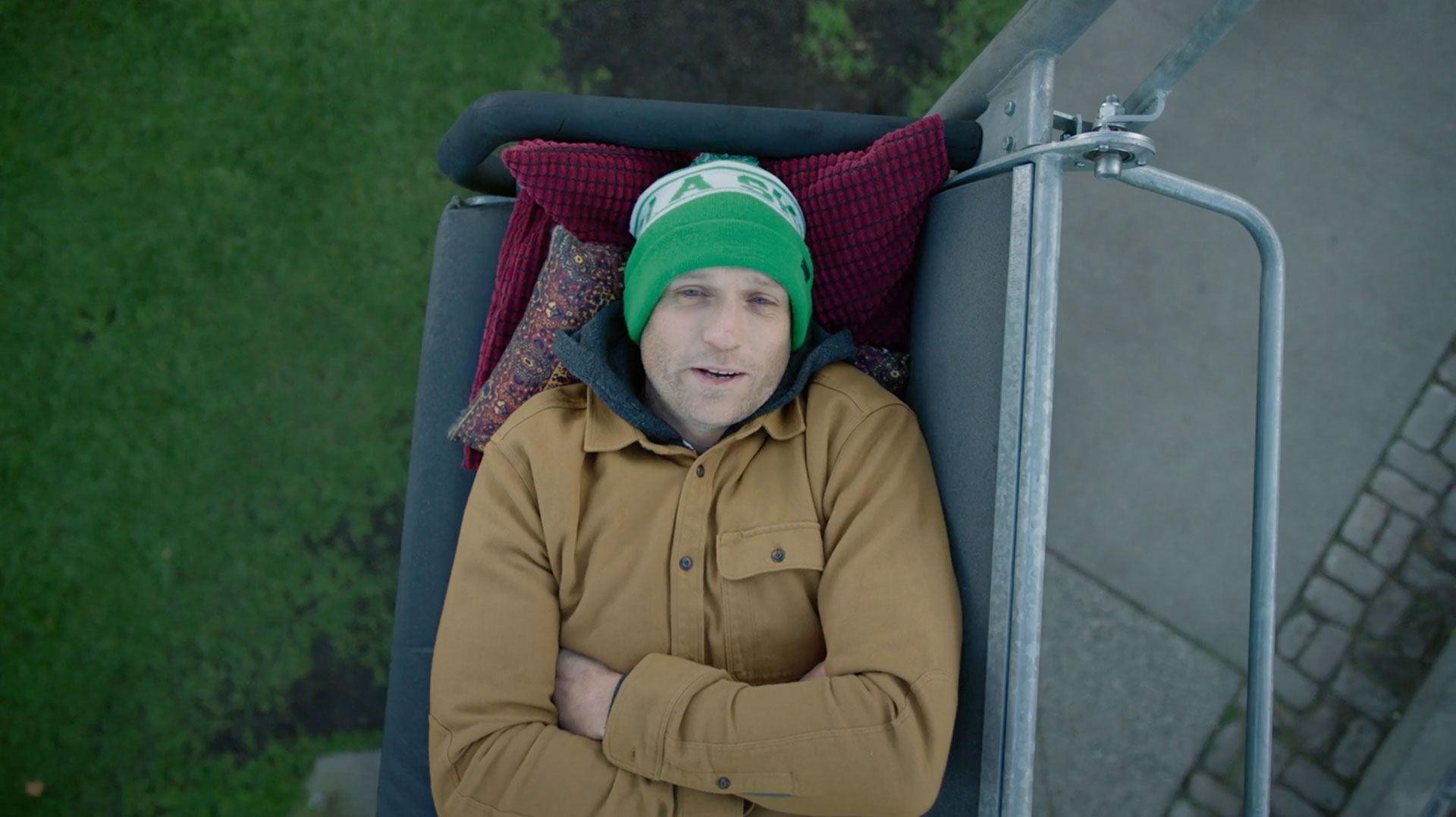 At the end of January this past winter, The New York Times reported on the "winter of discontent" at ski resorts around the country—with complaints ranging from a lack of parking spots to lengthy lift lines to limited operating hours due to pandemic-related staff shortages. And this winter is likely to bring many of the same problems.

Now, a ski mountain in northern Idaho called Schweitzer is embracing that discontent, rather than ignoring it, with a campaign encouraging frustrated Seattle skier to let their feelings out—and then head to Schweitzer for a better ski experience than the norm closer to the big city.

Working with the creative agency Little Hands of Stone and a production team from Motion State, Schweitzer created "Chairlift Therapy," where they turned an empty quad chairlift into a therapist's couch and urged real skiers and snowboarders to say what's on their mind—completely unscripted.

Check out some of the results here:

"Chairlift Therapy" will run in :60 and :30 versions on cable TV and online in the Seattle area starting today. We spoke with Matt McCain, co-founder and creative director at Little Hands of Stone—who played "therapist"/director on the project—about the strategy, the creative and the perilous (but actually quite safe) shoot.

Muse: Why do you think it's a winning strategy to focus on the pain points of the category?

We focused on the heartache and frustration that Seattle skiers are feeling because no ski resorts around here are acknowledging it. People are sad and honestly losing hope that the sport they love will ever be the same again. We wanted skiers to know that there is hope. And that the joy of skiing is not dead.

How has Schweitzer managed to avoid the woes plaguing the Seattle area mountains?

Schweitzer is in North Idaho, which is six hours away from Seattle, so it's naturally a bit insulated from urban crowds. But it's also the largest ski area in Washington and Idaho, so there's plenty of terrain to go around. Schweitzer is an extremely well-run mountain, and they've invested a lot in infrastructure, so even with some new visitors, there's still plenty of capacity. They've had to navigate the same staffing and Covid-related issues as other mountains, but the spirit of the place remains uniquely welcoming and happy.

Was there ever a concern that the approach could be a bit of a downer?

We knew it was crucial to balance skiers' heartache with their hopefulness. We didn't want this to be a big whine-fest. This is about skiers getting some stuff off their chest, but also dreaming about finding the joy of skiing again. Both are equally important.

How did you find and direct the onscreen talent?

We found our "patients" through a few avenues. We had done some consumer research interviews a few months earlier, and reached back out to some of those folks. One of the participants of the video was actually the leader of a nationally publicized petition drive to improve conditions at a local ski hill, so we reached out to him. And we filled out our group of participants with the help of a local real-people casting agent. All participants are real skiers and snowboarders. The whole shoot was entirely unscripted. The filming was led by Motion State, who took this rather risky project on, and brought along their own techno-crane to get the high-up shots.

What was filming like? I'd be worried someone would fall off the chair!

Safety was our first priority. We had a big-time stunt coordinator on hand. Even though the chairlift was 20 feet up, participants were strapped into the chairlift and there was a crash pad below. We did have to deal with some nasty weather, though—it got pretty damn cold, and the wind did kick up. But these are avid skiers who are used to riding chairlifts in sketchy weather, so no one got too freaked out.

How will you gauge the success of this campaign?

Obviously we'll track visits to the mountain and see if we can beat last year, which marked Schweitzer's most visited season yet. But we'd also just love Seattle skiers to feel like they've been heard.