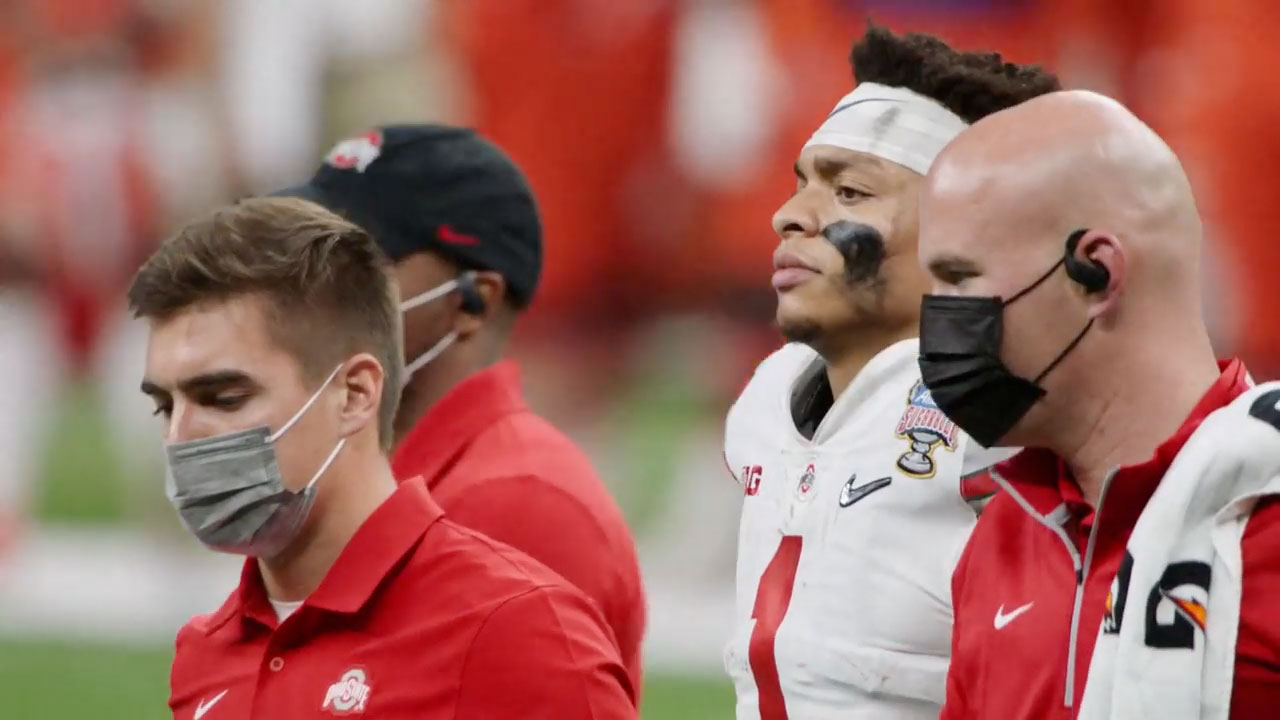 Amid the pandemic, that contest no doubt takes on special significance for countless fans, marking a celebration of the American spirit and cultural continuity in the face of long, deadly odds.

Set to a stirring orchestral interpretation of Eminem's track "Not Afraid," this minute-long ESPN spot below, hyping the network's broadcast of ALA vs. OSU, acknowledges that Covid-19 utterly rewrote the 2020 playbook as it reshaped society in ways we've yet to fully understand.

"We all know this season was different," the voiceover begins. "And who knows, maybe it will always be remembered that way. But if it is, it will be a memory of excellence, not exception."

Along with gridiron footage of the two teams, telling images, some brought with apprehension and unease, slide across the screen. We watch players huffing and puffing through their protective masks at practice. Cheerleaders, their faces likewise covered, work pom-poms in empty stands.

"This champion will have done more than defeat opponents on the field," the narrator continues. "They'll be the one team skilled enough, mentally tough enough, and flat-out stubborn enough to remain standing in the season that almost didn't happen."

"On a Monday night, in a new year, we'll crown a champion we'll never forget, of the season we'll always remember."

The approach resonates because it taps into our shared psyche, reminding us that despite all the travails of 2020, there's still plenty of time on the clock and a whole lot left to play for.

"We were very intentional in the footage we chose," McKinney group creative director Lyle Yetman tells Muse. "We wanted to highlight some of the challenges and differences that set this season apart for the two remaining teams. We also wanted to show some of the iconic moments that got these teams to this point. We felt that the season warranted a more raw, elevated and truthful visual approach."

The new spot jibes with McKinney's other recent takes for ESPN, which likewise strove to capture the heartache and glory that seemingly reverberated with every down.

"The teams who were able to navigate the season and all the additional obstacles to get to the national championship game—they traveled more miles than anyone has ever before," Yetman says. "Every year is worthy of crowning a champion, but this year it's going to be that much sweeter."