Can BodyArmor Overtake Gatorade to Become the No. 1 Sports Drink?

Michael Fedele is convinced he can help BodyArmor score a major upset.

"We've got natural flavors, natural sweeteners, coconut water, no colors from artificial sources—we are a better-for-you sports-drink option," Fedele says. "You look at sports, and whether it's training techniques, equipment, the way the game is played—it's evolved over the last 50 years. But in the sports-drink category, there's been little to no evolution. That's where BodyArmor comes in."

Gatorade's still No. 1, commanding 70 percent of the U.S. market, per Nielsen. But BodyArmor is coming on strong, improving its share tenfold over the past three years to just above 10 percent. In 2018, the brand doubled its sales to $425 million.

Fedele, the only marketing chief the company's ever had, believes he has positioned BodyArmor for further growth by assembling a talented, highly motivated team of all-star endorsers. His roster includes reigning NBA MVP James Harden, two-time American League MVP Mike Trout (who ranks among the greatest baseball players of all time), and four-time Pro Bowl quarterback Andrew Luck. 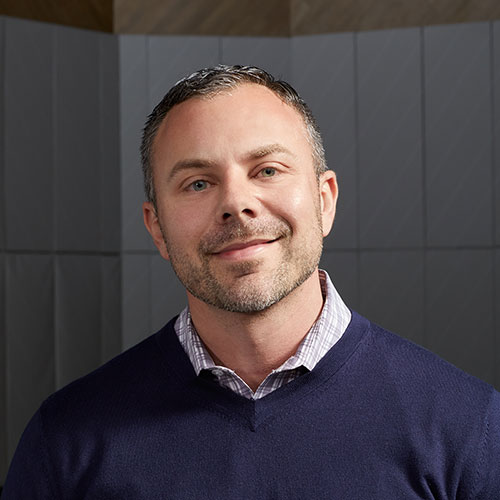 Many BodyArmor endorsers, including the three mentioned above, also own a piece of the company. Coca-Cola took a minority stake last year, and has worked to improve the brand's distribution. Starting five years ago, NBA legend Kobe Bryant invested $6 million in BodyArmor. By some accounts, his stake is now worth more than $200 million. Bryant also serves as the brand's creative director. He's helped develop concepts for commercials and acts as a mentor to many of the younger athletes.

In a series of amusing campaigns, BodyArmor embraces its underdog status. As a running gag, the brand presents its stars doing unexpected, outdated stuff—like busting '70s dance moves. Then, it explains that such modern icons would never indulge in such passé pastimes.

"So why would they choose an outdated sports drink? They wouldn't," the brand says, before signing off, "Thanks, Gatorade. We'll take it from here."

That challenger mantra will inform Fedele's game plan for the foreseeable future. "It's so core to what the brand stands for and everything we do," he says. "Not only from a consumer-facing marketing standpoint, but even in the way we operate here internally, whether it's the marketing team or our sales team. It's a big part of what we do, and we're going to keep pushing that until we're officially the No. 1 sports drink."

In the conversation below, edited for length and clarity, Fedele—who served as a Clio Sports juror this year for Innovation, Design, Out of Home & Print and Social Good—discusses his creative approach and the drive to become No. 1.

Muse: What's it like working with your A-list endorsers?

Michael Fedele: We partnered with Mike Trout when he became an investor in the brand [early in his 2012 A.L. Rookie of the Year campaign]. We sent him some product, he loved it. His father took it to a local nutritionist, and they were incredibly impressed.

Andrew Luck became a partner in 2013. He was training at Stanford University in the off-season, and we were selling to the university training staff. He came across this cooler of BodyArmor that he kept going to day in, day out, day in, day out. We struck up a partnership because he was a huge fan of the brand.

James Harden—I went to Houston personally and met with him and his mother and Rob Pelinka, who was his agent, and talked through our vision and making him the face of BodyArmor basketball.

When we met these guys, we talked about the opportunity to build this thing. They're like, "Yeah, that makes a lot of sense. There hasn't been a better option." They genuinely believe in the BodyArmor mission, and their involvement in the brand and the company goes deeper than just their endorsement. We're sending these guys new flavors to try when we're thinking about new flavors. We're asking them about their beverage consumption habits when we're thinking about new product lines and innovation.

That spot is one of my personal favorites. We were able to showcase two of the top athletes of our generation: Trout, a perennial MVP candidate, and Andrew Luck, coming off his shoulder situation, who won comeback player of the year and led his team to the playoffs. It was fun on the set. Both of them agreed to do the spot because the other was going to be in it. They knew the other one would go out on the edge and have some fun. They would never be dressed like that in a dance battle, so why on earth would they ever drink an outdated sports drink?

Were the dance moves choreographed?

We had some recommended dance moves with a choreographer on set, but I would say the end result is the combination of choreographed moves as well as some improvised moves.

Exactly what role does Kobe Bryant play at BodyArmor?

He's been a great resource, and he does play an integral role in our campaigns. That involves everything from the initial concepting of a commercial or—in the case of our shoot with James Harden last year—Kobe helped direct the spot. Having him in that role generates a lot of excitement among our athlete roster.

James Harden grew up in the L.A. area while Kobe was winning championships. Mike Trout and Andrew Luck were in middle school when Kobe and Shaq dominated the NBA. So, it's great for them to have that connection and build a relationship with Kobe. Oftentimes, Kobe will call them and pitch an idea. We'll work with Kobe to get to a certain place [in creative development], and he's like, "Let me call Trout and tell him about it!" He'll call, and they'll have a 30- or 60-minute conversation.

Which ad did he help direct? The one where Harden enters a stadium dressed in Revolutionary War-era clothes?

Correct. [Bryant co-wrote and co-directed the spot with Brian Ford.] At the shoot … [Bryant and Harden] caught up in private for a good half hour or 40 minutes. Just talked about the season, personal stuff, things going on. James was in the midst of his MVP campaign and trying to boost the Rockets into whatever seed they ended up with. So they caught up in private in the trailer. On set, Kobe was very meticulous, [looking] through the viewfinder. He was providing direction to everybody from the security guard who was walking behind Harden [in the ad] to the drummer who was walking next to Harden. He genuinely adds value.

Harden was also in your March Madness spot, using a manual typewriter to fill in his bracket, right?

Yeah, with Donovan Mitchell. We partnered with him in 2019, so he's a new addition to the roster. We wanted to feature two guys who played college basketball. They're both BodyArmor partners but also Adidas partners. They train together in the offseason in Barcelona. So they knew each other. James has been in the league 10 years, and Donovan just completed his second season. So they built a great relationship where Donovan can lean on James and ask questions, and I think James has respect for Donovan.

Can you tell us about the spot with WNBA star Skylar Diggins-Smith doing an '80s-style workout?

She's been doing BodyArmor since 2014. She's been a great ambassador. Women's basketball is an important piece. And [BodyArmor endorser] Megan Rapinoe's arguably the biggest star on the U.S. women's soccer team.

Right now, we've got a great mix from soccer to baseball to football to basketball to MMA—because we're the official sports drink of the UFC—to golf. We're partners with Dustin Johnson, who's still the No. 1 ranked golfer in the world. Or maybe he's No. 2 now to Brooks Koepka, I'm not sure. Basically, we're there for athletes. That's the mission for the company. We want to be there for everything an athlete needs. Not only because of our sports drink. The company's name is BA Sports Nutrition, and it gives us license to go in a number of different ways as we continue to innovate products.

Are you a big sports guy? Do you play a lot of sports?

Not very well. I grew up playing baseball, football, basketball, soccer. As of now, I work out multiple times per week. I go skiing in the winter, and I do play on a Sunday morning softball team. So I'm engaged in sports myself, but obviously follow closely as a fan.

Is this the kind of thing, when you were younger, you always dreamed of doing?

My 15-year-old self would have loved the opportunity to do this, without a doubt. I'm fortunate enough. Mike Repole has given me a tremendous opportunity at BodyArmor to lead the marketing efforts. If somebody's going to give you a great opportunity, it's on you to take advantage of that and maximize that. I want to make sure I'm doing everything I can on a day-to-day basis in putting forth the most effort to help us collectively achieve our goals. Everybody throughout our team, we truly believe in this brand. We believe in this product. We believe in our mission to give better-for-you hydration to consumers everywhere. We're truly passionate about that, and we're going to keep pushing.

What's your favorite sports ad, one you didn't work on personally?

It's a Nike ad from 1996. It was around the Olympics. "You don't win silver. You lose gold." It's an interesting play. It's a different take on second place. The reality is, when you're going for it, whether it's in sports drinks or a sports competition, you're out there to be the best and to become No. 1.