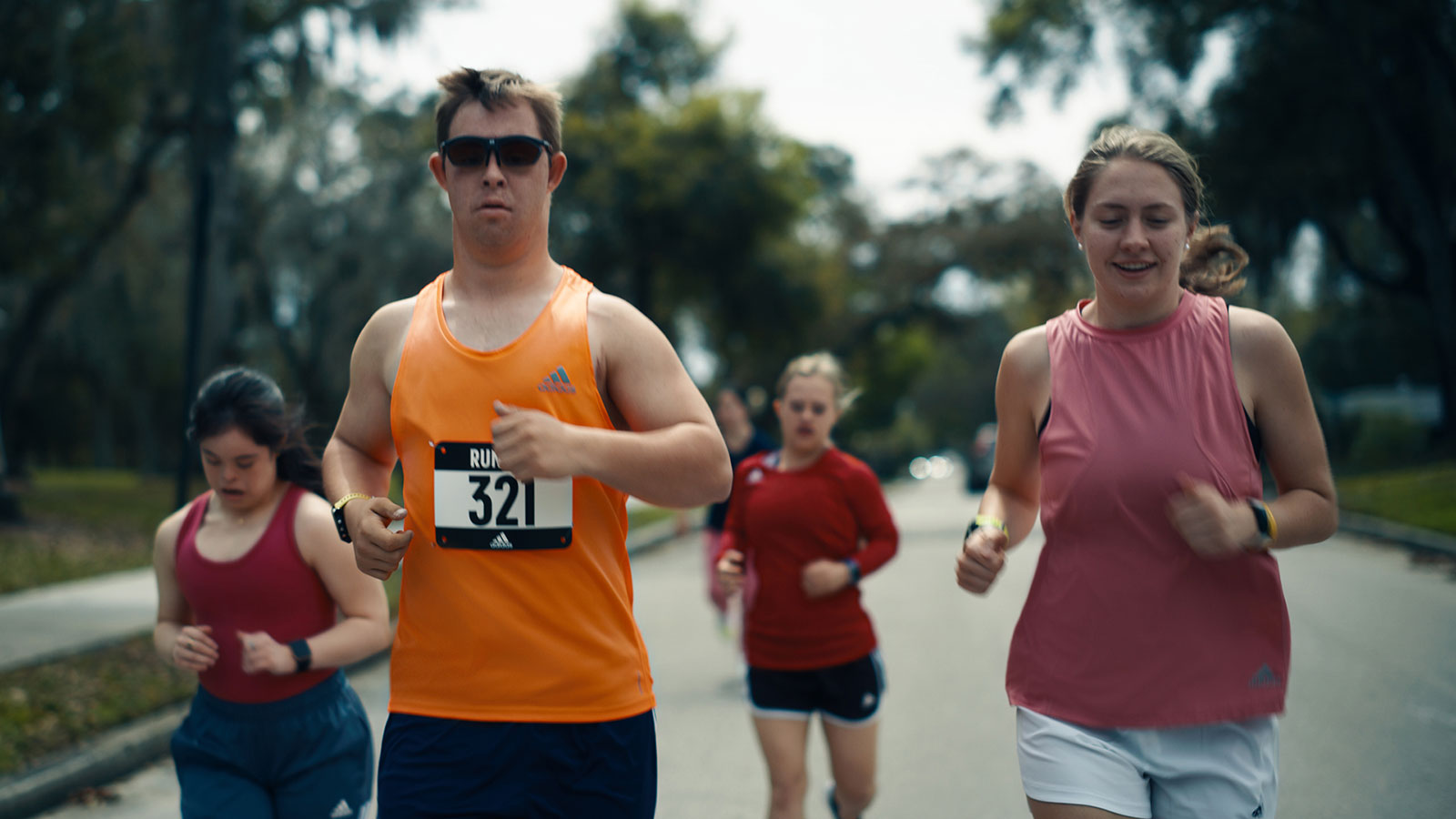 Growing up, Nikic never saw anyone who looked like him represented in mainstream sports. With help from Adidas—and its Runner 321 campaign—he hopes to change that. Nikic is running the Boston Marathon on April 18, for the second time in six months, wearing bib 321 to represent Trisomy 21, the Down syndrome identifier.

This marks the first time the Boston Marathon will reserve a bib number for a neurodivergent athlete.

"The initiative is about visibility, so the more marathons or races that get on board and the more people we see represented, the better," says Andrew MacPhee, executive creative director at FCB Canada, the agency behind the Runner 321 campaign. "We haven't really seen neurodivergent athletes in mainstream sports, so having one of the most iconic marathons in the world be the first to implement the Runner 321 initiative is a huge step in continuing to push for representation and visibility for neurodivergent athletes. We will inspire a new generation of neurodivergent athletes to create a legion of Runner 321s to pass the baton from race to race, country to country, and show the world, and others like them, what's possible."

The video above tells Nikic's life story, shows him training, and caps off with a photoshoot with fellow neurodivergent athletes and a call to action for every race to reserve bib 321 for a neurodivergent runner.

"Our first project with Adidas was to facilitate and help create the first global sports sponsorship of a neurodivergent athlete," MacPhee tells Muse. "This sponsorship really set the groundwork for Runner 321, an idea we brought to Adidas when we recognized that inclusion in sport requires role models to show others what's possible. Adidas has been an ideal partner on these projects as they share our vision of inclusivity, and the work really lives into Adidas' 'Impossible Is Nothing' platform. While we came up with the bib initiative, we have worked together to create the partnerships to bring it to life, from Chris Nikic to the Boston Marathon."

The Boston Marathon will make Runner 321 available for all neurodivergent athletes in 2023.