What Have Non-Whites Done for America, Anyway? Well, Let's Look at the Data

The problem with talking back to the TV is that nobody hears you. In the silence that follows, how do you set the record straight?

On the first day of the 2016 Republican National Convention, I was watching a panel discussion on MSNBC about the Republican Party's identity crisis. The topic: how minority politicians gaining momentum in the party attract voters. That's when Rep. Steve King, the Congressional representative from Iowa's 4th district—and a straight, white, Christian man—made a comment about non-whites that raised the hairs on the back of my neck.

"I mean, I'd ask you to go back through history and figure out, where are these contributions that have been made by these other categories of people that you're talking about?" he said. "Where did any other subgroup of people contribute more to civilization?"

Setting aside the negative implications of the word "subgroup," I immediately started rattling off, to the TV, contributions from Americans in all kinds of underrepresented groups. Mathematics, civilization, science, most of all the internet!

But shouting at a screen is pretty futile. Hot takes came and went, and the social media backlash cycled through. But as xenophobia and anti-diversity sentiment started to pick up steam with Charlottesville, the zero-tolerance policy of separating asylum-seeking families at the border, the "shithole" countries comment, the ongoing DACA debate, and the rising rates of hate crimes, the essence of his question stuck with me: What has diversity done for America, anyway?

Our agency decided we needed to create a living, interactive response of our own—one that would last.

I went to our creative team here at Dailey and shared an idea. What if we created a site where all you had to do was type in a group and the site would unload a bevy of contributions from that group? (I've learned that the best ideas usually start with "What if?")

They were all in.

The "What Diversity Gives Us" site asks a simple question, "What have [blank] done for America anyway?" Filling in the blank generates a curated list that highlights the contributions of various ethnic groups and other underrepresented identities to American culture, medicine, science, entertainment and nearly every facet of society.

For example, searching "Mexicans" yields contributions including the artificial heart, e-books and popcorn. Searching "Muslims" results in surgery, chess and YouTube. Each contribution links to a source web site. The site also includes a link to the ACLU, encouraging visitors to take action and donate. In addition to the site, we also created several launch films and a Twitter profile designed to drive traffic.

Since this was a passion project, our team Googled topics and collected links during downtime at shoots, productions and after hours. But this side project turned out to be a journey through history, research and our own reactions.

In our effort to give credit to people and groups whose contributions have been un- or under-acknowledged, we found ourselves learning more about why these omissions happened. Take patent law, for example. Black people weren't allowed to hold patents until the Continental Congress added the Patent and Copyright Clause to the Constitution in 1787, so many times black inventor had to partner with white craftsmen to get patents. Other times, slave owners simply took credit for slaves' inventions, as happened with the cotton scraper and steamboat propellers. We wanted to be as airtight as possible, so we made the creative decision to focus on contributions that were clear and verifiable.

Even a seemingly non-controversial category like "whites" has its own complicated history. Irish, Italians and Germans all faced discrimination in the U.S. from what we would call "whites," but today, these ethnicities might be grouped with "white." This really challenged me personally to think about the larger scope of history, and the fact that what we identify with today could change years from now.

So the hardest part of this endeavor was researching all the contributions, and doing our best to not exclude anyone. But the truth we now know is that there will always be a group not listed yet. Identity is complex. Nobody belongs to just one group, so we planned this growing understanding of who people are into the site.

We all came away with a new understanding and new favorite facts. Our copywriter made sure that we included the fact that several Christmas songs that we know and love, such as "White Christmas," were written by Jewish people.

Since our Independence Day launch, it's been incredibly rewarding to see all the comments and coverage we've received—overwhelmingly positive. It's obviously a cause that has resonated with a large group of Americans, and we look forward to continuing the campaign with additional content.

In early September, Tucker Carlson used his monologue on Fox's Tucker Carlson Tonight to ask his own version of Rep. King's question: "How exactly is 'diversity' our 'strength'?" It's the same question, back again. At least this time, we've answered.

As a diverse agency that celebrates all our different identities, we're not only looking to counter questions or to share our own creativity. We've made a statement together. This site became our chance to show how many kinds of people have used their inspiration and hard work to build the world we live in, and how many kinds of people are working together to build our future, too. 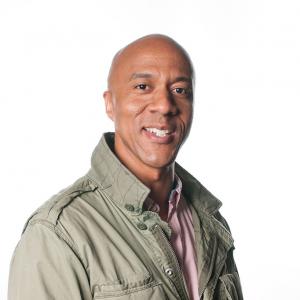