The Failure and Success of Playtime, Jacques Tati's Masterpiece

Why this strategist is obsessed with the 1967 film

And yet, they do.

I am obsessed with Jacques Tati's 1967 film Playtime—a comedy, yes, but also one of the most fascinating creative efforts ever. Tati's 1967 magnum opus carries a direct through-line to the works of Steven Spielberg, Wes Anderson and David Lynch. Yet because of its production costs and commercial inaccessibility, what's now seen as his masterpiece caused one of France's most famous directors to die broke.

Failure and success. Caution and inspiration. Directed by its own lead actor. Playtime is many things. But what actually is it?

As a story, it is simple: The loose plot follows a man from the countryside as he wanders postwar Paris. As a film, it is complex: Those wanderings put the man in contact with the promise and artifice of the brave new world.

As craft, it is unmatched. And this is where my obsession comes in.

Playtime is an uncompromised vision driven by a handful of big thoughts.

For starters, Tati wanted to send up the futurists. Behind their banners of human progress he saw cold, inhuman regress—design without empathy, brutalism on the beachfront.

"Screw your grand visions," says Tati. "If 'modern living' isn't made for the living, it's not worth it."

The movie ends with the wordless, slow-motion wrecking of a chic bistro. Pretension, perfection and unspoken rules cause a series of snafus that end with the oh-so-moderne decor in shambles. Some diners leave in a huff; others get over it, embrace imperfection, and share in the moment while music (and the occasional falling wall art) fills the room.

And therein lies the second big thought—arguably, the genius of the film.

Tati wanted to show, not tell.

Across two hours and 35 minutes, there are just a few lines of dialogue—lines that are, in the words of Roger Ebert, "inaudible or disposable." Instead of leaning on monologues or one-liners, both the story and the comedy of Playtime are entirely visual. The effect is stunning. Like a journalist, Tati simply shows us facts of a case and lets us—through our wandering hero as avatar—drink it in.

In a famous scene, the hero's wanderings take him to a modern office space. Watching from a balcony, we see a man in a cubicle farm call his co-worker across the office to ask for a number. The co-worker walks to a cabinet three feet from the caller, gets a file, then walks back to the phone to report it. Both hang up satisfied. Job well done.

Silly? Yes. Observational? Yes. An easy and immediate get? Not exactly—especially when the movie is two and a half hours of these slow-burn scenes, one after another.

Fast forward 50 years, and these sorts of observational gags are part of the cinema landscape, thanks to household names like David Lynch and Wes Anderson (who, BTW, has written literal essays on how Tati influenced his style). But things were different in Tati's time.

To render the exact look he needed for his comic vision, Tati constructed a city-sized set just for the movie. Some scenes filled "Tativille," as it was called by the papers, with hundreds of paid extras. Then, to capture the detail of each and every nuance, he insisted on filming in 70mm—expensive, but large enough format to get each scene. Filming would take three years.

When Playtime finally made it to theaters, critics raved while audiences scratched their heads—often for the same reasons. A New York Times review of the U.S. release called it "Tati's most brilliant film." Meanwhile, its loose plot and slow-burn style led to a box office so poor that Tati literally went bankrupt.

Jacques Tati died in 1982, after selling his family home and the rights to his older films to pay off his debts. Playtime is consistently recognized by the British Film Institute as one of the 50 greatest films of all time.

So what is Playtime? And why the fuck does a strategist like it? Allow me to explain.

Playtime is a failure: It misread the moment and missed as a result. At the same time, it's a success: It may not have made money, but it accomplished its objective of bringing a genius director's vision to life.

Playtime is a caution: It shows the very real risks of not planning to constraints. At the same time, it's an inspiration: Tati began with simple guiding thoughts, produced them without compromise, and achieved immortality—both through his work and the work his work inspired.

And yet, some of today's most enduring creative work—from films by Spielberg and Anderson to ads like Hennessy's "The Piccards"—comes from a combination of these same strains. 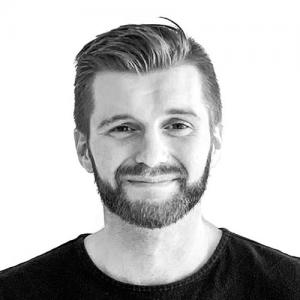