Why 2019 Is a Golden Age for Branded Digital Series

3 trends that are driving the new wave of success stories

Each time a new medium of communication is introduced, it is inevitably followed by a wave of brands looking to create their own programming.

The advent of radio gave rise to the "soap" operas of the 1930s; golden-age television was full of programs like The Ford Show or General Electric Theater. But the trend of brand-led entertainment is always cyclical. As brand motivations and audience tastes diverge, this type of entertainment loses its luster and the practice falls out of favor.

The rise of digital and social media perfectly followed this wax-and-wane pattern. In the early '00s, there was an explosion of digital shows that were directly associated with brands: BMW Films' The Hire, HBO Voyeur, Lexus' Darkcasting, and "Will It Blend?", to name a few. Ten years later, the genre ebbed, in large part because of discovery and reliable analytics (for example, YouTube's API was closed back then). For every digital series from this era that broke through, a dozen others were lost in the sands of internet time.

But in 2019, the branded series is back—and bigger than ever. Suddenly, we find ourselves with a resurgence of series on YouTube and social platforms with brands as co-producers. Shows like Cold as Balls (Old Spice), Stephen Curry's 5 Minutes From Home (Lyft) and The Earliest Show (Cap'n Crunch) are redefining how brands can take on the role of content creators.

What's causing this golden era, and what lessons do these success stories hold for brands who are thinking about incubating projects of their own? Here are a few places to start:

Brands are recognizing the most important KPI for a series is not views or engagement—it's cultural impact.

No matter the scope or genre, every successful branded project starts with a goal. In most cases, brands will attach traditional KPIs to series in terms of brand lift and conversion, but more recently, a few are starting to see the opportunity to use digital series for a loftier aim—to gain mindshare in mainstream culture.

Last year, Lyft launched a new team called Lyft Entertainment that had a singular goal: to get Lyft into the heart of pop culture. In addition to supporting TV and film projects, Lyft invested a number of web properties, including Kevin Hart: Lyft Legend and Undercover Lyft, and partnered with others, including our series with Stephen Curry's Unanimous Content, 5 Minutes From Home. Taken in sum, these efforts have put Lyft in the conversation and helped them build toward their goals in entertainment and helped them make a dent in culture.

Brands are seeking to partner with existing digital series with the goal of making them more entertaining—and actually following through on it.

Brands that are looking to partner with pre-existing shows in 2019 have become increasingly savvy in terms of asking themselves a simple question: What can I bring to this property?

A great example of a successful partnership between a brand and a property with pre-existing equity was IBM's Science and Star Wars. IBM got together with the most iconic franchise in the world, but did so in a way that made sense to them and carved out space for their own brand to flourish. By empowering their researchers to give a new spin on Star Wars topics (e.g., the real-world possibilities of hover vehicles), they made a meaningful place for themselves in a universe that fans deeply care about.

Brands are recognizing that digital shows are a great way to connect with niche groups who can drive affinity.

The popularity of YouTube and social media is driven largely by niche groups and subcultures. Online, everyone has a tribe and that tribe shares its own language and its own set of rules. But for many years, branded digital series didn't play into this feature.

Recently, though, brands have begun to master the art of tapping into these niche communities to drive real results. Take Momsplaining, a Johnson's-branded series starring Kristin Bell. The show, which aired on Ellen's YouTube channel and across social media, was framed as a crash course in self-care for mothers. On TV, a campaign like this would likely have felt too narrow and specific, but on YouTube, where you can target a very specific demographic, it's popularity exploded.

In this new landscape, the lessons for brands is clear: Focus on driving cultural impact, increasing entertainment value, and driving affinity with passionate audiences.

In other words, think like a producer, not a marketer. 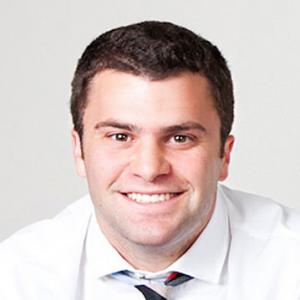