And why it's always a good thing for the industry

In my line of work, I have observed that every 10 years or so, a crisis will come along that challenges all of our conceptions about our business and forces us to re-examine things in a totally new light.

Covid-19 is just the latest one. This situation has forced us all to reconsider what we deem "essential" in our lives versus what is not so essential. The protests following the death of George Floyd have also brought forth new civil rights ideas, and we have seen some incredible creativity and solidarity from this movement. These demonstrations are impactful because of the friction they cause. A good protest, much like good art, cannot come without a little friction. This friction, whether spawned by natural disaster or activism or something else, is essential to creativity.

The arc of history shows us that in moments of great tragedy or crisis, humanity turns to creativity time and time again to process monumental events. Being creative serves many cathartic purposes: Not only does it offer a lens through which to examine one's own pain, but it often uses that strife to become better, to push the entire creative industry forward.

This example pales in comparison to the financial crisis of 2008 or the current events of 2020, but it was a time of great uncertainty. In 2000, the former Screen Actors Guild joined AFTRA (American Federation of Television and Radio Artists) in a commercial strike, which began in May and lasted through October. Though it was on a much smaller and less drastic scale, it left many in the advertising and post-production spaces wondering what the future held. Motion graphics were just beginning to evolve, and suddenly, with no on-air talent available and live-action production ground to a halt, artists had to find creative solutions to continue their work.

From this, an icon of American advertising was born—the Geico gecko. Research has shown that animals in advertising elicit very powerful responses from consumers and often elevate brand engagement. Instead of opting to work with live animals, advertisers looked to the budding world of CG and motion graphics to help them create something new. Since Geico was often mispronounced as "gecko" anyway, The Martin Agency, which created the campaign, combined these two things to create an iconic character.

And it worked! The little green guy was voted America's favorite advertising icon in 2005. His popularity paved the way for CG/VFX and animation to dominate the commercial space. But without the difficulties that came with the commercial strike, he may never have existed at all.

After the 2007 financial crisis, the country fell into the Great Recession, which lasted roughly from 2007 to 2009. With many Americans on the brink of losing their homes, creative businesses from brands to agencies to design and production studios had to make drastic cuts to their budgets to stay afloat. But where I think many of them went wrong is that instead of cutting fat from the top, they cut salaries, cut artists, and rid themselves of the creatives who powered their marketing.

Others, however, embraced challenge and began merging and vertically integrating themselves with competitors. The Mill is a great example of this, as it was acquired by The Carlyle Group and later Technicolor SA, and spearheaded the production, visual effects and design for Comfort's animated "Washing Wonderland" commercial in 2011, despite the economic downturn.

Additionally, with so many creative businesses cutting corners, many of us had to acquire new skill sets that allowed us to remain competitive in the creative landscape. I personally pushed myself to go to business school, but across the board, the Great Recession led to the development and execution of real-time collaboration workflows, which allowed us to produce work faster and more efficiently. Many of these streamlined workflow processes are still in use today.

Though we're only seven months into the new decade, our new world is profoundly different than the one we left behind in 2019. The Covid-19 pandemic has once again ground live-action production to a halt, so many advertising agencies are scrambling to produce at-home content. In my opinion, however, we're about to enter a virtual renaissance of photoreal CG/VFX, motion graphics, remote production and stock footage repurposing the likes of which the advertising and post-production spaces have never seen.

Advertising is the vehicle through which brands talk to the masses, and in turbulent times such as these, people want to know that the brands to whom they are loyal are equally loyal to them. They want to know that they care and that they are working actively within their communities to support them and inspire change. So I believe that in times of crisis, we cannot stop talking. Our methods of communication may change, but at the end of the day, businesses still have visual and writing needs, and they will always rely on creatives to draw from the world around them and fulfill those roles.

Today, our challenge is remote working. Tomorrow, it could be something entirely new. But the meaning of living a creative life is to keep acquiring new capabilities and not get attached to the way things are. They will always change. Some may try to deny that change or do their best to keep things the same as they always were, but that is not the way of true progress. Longing for a time before Covid changed all our lives is natural, but if you are not taking advantage of the new creative and cultural landscape, you put yourself in a position to be miserable, to feel stagnant while everyone else is moving ahead.

I have seen so much incredible and enduring work come from so many of my industry colleagues through all these crises, and I look forward to the work that is coming. Creativity helps us reflect on our pain and find a path forward, and in that way, it will always be essential. 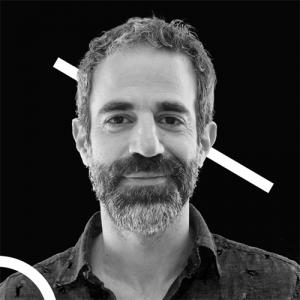