The Long Haul: What Directors and Clients Get From Making Short Films

Long-form spots are the ultimate win-win

Imagine this: You're on location, filming a road trip through Croatia and Slovenia on 35mm film, telling the story of a trucker father and his dragged-along daughter. Several seconds into the film, the camera zooms in on her face. Throughout her few-minute voice message to whom we soon realize is her father, we see her run the emotional gamut from sad and angry to love and acceptance, all intercut with flashbacks of the father-daughter trucking duo on the road a long time ago. At the end of the short film, we see our main character enter her own rig and drive away—a trucker, just like her father.

Wrong. It's an advertisement for Daimler Truck Financial Services, which hired me to shoot the short film advert with only one note: "Make it emotional."

And with that, my 4:18 film The Journey was born. As the woman comes into her own, viewers are also encouraged to "Start your own journey." That ending makes clear that this is indeed art in the service of industry, but it's not often a commercial film gets to explore the intricate nature of father-daughter-relationships (i.e., daughters with daddy issues) while challenging gender tropes.

But it should be. My own filmmaking journey started with commercial work and has been a blend of both branded and cinematic endeavors ever since. Commercial work was easier to break into, and with more work opportunities came more practice and perfection. Sometimes my earnings from the commercial side fund my cinematic projects. But far from being segregated, the two are simply different sides of the same storytelling coin.

What was different about my work with Daimler was the absolute freedom and trust the client gave me—a director's dream, for which I am incredibly grateful. Most clients say they will be hands-off, but Daimler meant it. Casting locations, script changes—they went with our every choice. No executive even attended the shoot! The editing process was a respectful collaboration.

This was largely due to this project being direct-to-client work. No gatekeepers.

Oftentimes on projects, I don't even meet the client until the pre-production meeting—if at all—when most decisions have already been made. Sometimes your ideas get lost along the way, never even making it to clients.

Working directly with clients reduces feedback rounds. Communication becomes infinitely more efficient, with nothing getting lost in the translation. All the decision-makers are there, meaning solutions come quicker and easier and costs are cut.

Direct-to-client work could serve as a blueprint for how companies can nurture young directors in the commercial world, providing them with the freedom to explore their craft and one day even segue into feature-length film if that's their goal. And with a recognition that storytelling takes time, the commercial world gets infused with the hyper-creativity directors bring to it.

Clients don't necessarily put "nurturing talent" on their list of offerings, but they should. In this win-win situation, corporations get a professional cinematic calling card they can use at internal and external events and feature on their social outlets (where the viewing public is these days anyway), while directors and creatives hone their craft and put their hearts into their projects and up on the screen—all in the company name.

Nurturing starts by giving talent more freedom to put their own signature on projects. The creative industry is a never-ending growth curve, and everyone in it knows it's crucial to support the craft of those you employ. But learning and inspiration are two-way streets, with client and talent in a symbiotic dance that has the potential to bring out the creative best in both.

There will, rightfully, always be a place for agencies. But as traditional barriers break down and new avenues open up—from the medium to the messaging—it's time for direct-to-client to have its moment. It's one more tool in a brand's marketing arsenal.

Whereas direct-to-client jobs are often the result of personal contacts, it can be a struggle to leverage that success to other brands where the players are unknown. For my work with Daimler, I was lucky that creatives at a German production company were fans of my films and reached out thinking that a Daimler short film and I would be a good fit. But it would be nice if luck was a little less a part of the work equation.

I'm looking forward to the day when there are more formal channels for both talent seeking work and clients commissioning talent. And to the widespread acceptance of longer commercial formats, with brands acknowledging that storytelling is as valuable as a slogan. In Europe, the Ikeas, Volvos and Mercedes of the continent are already on board. I'm excited for more of their U.S. counterparts to do the same. 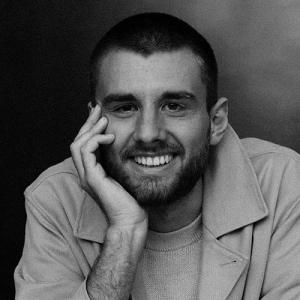 Marko Roth
Marko Roth is an award-winning director and a new inductee into The One Club for Creativity's class of Young Guns 20.
More from Marko Roth