I have no idea when it started, but there's probably a professor of diachronic linguistics who can pinpoint exactly when the managers of the world took Julius Caesar's infamously effective imperial stratagem and ruined it. I'm talking about "divide and conquer," aka "divide and rule," from the Latin "divide et impera."

In the centuries since Caesar was dispatched by conspiratorial senators looking to test the sharpness of their knives (whom he obviously failed to keep divided), his words have reminded kings, popes and anyone planning to redo their kitchen that you have a better chance of staying in control while taking on a challenge by breaking it into smaller, more manageable parts. That goes for anything, from checking the power of gossipy, robe-wearing senators to prevent a coup to asking your mom and dad's permission separately in the hope of extending your teenage curfew.

But that's not how we've seen managers and peers using the phrase for some time now. It usually comes up in the context of a meeting, when the conclusion is reached that the team's workloads and schedules won't allow unified focus on a new brief discussion, presentation or shoot. So what happens? Someone inevitably invokes the cheat code: Divide and conquer. It's always used casually, met with unquestioning agreement as if it's an infallible solution. But the reliably unwelcome outcome is a team that's spread even thinner, dividing itself instead of dividing the challenge.

This isn't about Caesar rolling his eyes while simultaneously rolling in his grave. I'll leave that rant to Richard Nordquist (the first name that popped up when I Googled "diachronic linguistics"). Lousy process and bad management is still lousy process and bad management, no matter who blurts out the phrase. Not even Yoda could sell it. This flaw in process management lays bare the endless battle between perceived efficiency and actual effectiveness.

Creative businesses have undeniably benefited from the collective thinking of people with different skills and experiences: designers, writers, strategists and technologists, from MBA minds to art school graduates. When that collective input is divided because of a lack of focus and resources, unreasonable timelines or unnecessary bureaucracy and distractions, it's the quality of their work and the service they provide that ends up being conquered.

That's not to say there aren't times when splitting a team's attention makes sense, like when you want to keep the numbers down to allow for a more intimate and candid discussion, or when you know a specialist will nail a technical aspect without five other noses hovering over their shoulder. Undoubtedly and regardless of the guardrails, schedules will clash, shoots will overlap, and simultaneous tasks will require attention. But this isn't as much a choice as it is an undesired exception, made exceptional by a flexible and high-functioning team. A smug validation of the unfortunate circumstances via a misquoted proverb only perpetuates the root cause of having to juggle too many things (sometimes the wrong things entirely) in the first place.

Having worked for many years with my joint ECD and partner, Laura Sampedro, you can imagine the number of times someone's dropped the "divide and conquer" phrase on us. On a few occasions, it kind of made sense, but often it was simply the result of bad planning and poor process management. Had we blindly embraced it, we know without a doubt that the strength and balance born from our combination of skills and personalities would have been wasted.

So what should "divide and conquer" mean in the context of how we work? Unless you're the network's CEO trying to prevent a takeover by the board (you know how that ends … "Et tu, Brute"!), it means you should divide less and conquer more. It means you don't try to squeeze 100 pages of ideas into a one-hour box, and you allow for a couple of good sessions instead. It's effectively dividing the workload and the schedule, instead of the team, to create space for the team to do its magic (instead of trying to micromanage them at the last minute because reviews were crunched).

Faux pas as it may seem, even passing on an out-of-scope assignment could be considered an effective use of "divide and conquer" when the likely outcome is that it would compromise your team's mental health and your agency's culture.

In the end, it's about dividing the right things. Dividing our team's and our clients' challenges so we can be more thoughtful and give each project its due time and process. Finding new and more interesting ways to solve problems while avoiding the need for the kind of perpetual reactiveness that can break and overwhelm a team.

Divide your challenges, and maybe you can avoid the metaphorical advertising equivalent of 60 senators stabbing you. 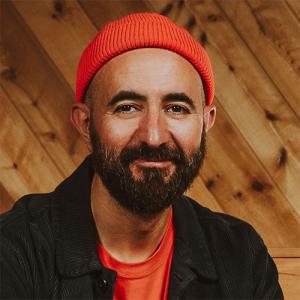