Thoughts on an industry in transition

Recently I sat down with BBDO New York president and CEO Kirsten Flanik for a real talk about what's currently going on within our industry as part of Omniwomen's Instagram Live Leadership Series. In a time where our industry—and its leaders—are under immense and well warranted pressure to change, Kirsten offered some insights on how we can lean into that challenge.

We don't live and work in silos. Covid-19, social injustice, the murder of innocent Black Americans—these are all issues that impact us 24/7, in addition to the daily stresses and responsibilities we face. With the familiar notion to separate work life from personal life comes the realization that it's just not possible. This concept has become even more unrealistic with the worldwide quarantine and call to stay home.

We place great effort into compartmentalizing to effectively stay focused at work and push aside the shadows that follow us at home. For some, those shadows are the children who now require homeschooling, or the inability to tend to sick family members. For others, those shadows are the burdens that come with being born a Black man or woman in this country. Oftentimes that effort to compartmentalize isn't enough and eventually bleeds into our daily status meetings or client presentations.

While there is great respect for maintaining momentum at work, the weight of our personal lives is equally if not more important. There is no harm in taking pause moments, and it is the responsibility of agencies and their leaders to make space for those moments. Kirsten added that agency leaders should use this time to listen and "create environments where people are able to thrive, but also feel like their voices are being heard."

Here we discussed the challenges of being a minority in a mono-culture industry catered to the white male, and the demand for immediate change to right the wrongs of the advertising space, specifically for Black agency professionals.

I talked with Kirsten about what it's like to be a Black person in our industry, and the reality is we have a lot of work to do. If an outsider were to step foot into an agency—having previously judged its social standing off of the woke ad it recently launched—they might be surprised to see the non-existent Black representation at that agency. Our industry constantly boasts of its progressiveness and diversity, which quite frankly should be required, given its need to appeal to a diverse audience. However, when looking internally it is clear agencies have fallen short, making them contributors to systemic racism.

Sometimes their shortcomings are publicly exposed, like when blatantly racist ads are released or when tone-deaf emails are sent to Black artists. When we see these all too common and insensitive ads or communications, the first question we should be asking is, "Who are they not allowing in the room?" When discussing this thought with Kirsten and asking what she thinks needs to change, she noted that "the first step is to have those uncomfortable conversations that will in turn educate everyone involved. Another step is to simply hire more Black people."

Earlier, Kirsten stated, "If you can't see it, you can't be it," in reference to the challenges she's faced as a female in this industry where she has often been the only woman in the room. This discriminatory construct is all too familiar for the Black agency professional who not only doesn't see more of themselves reflected in the agency, but also doesn't see themselves reflected in senior positions. As a young Black woman at my company, it's difficult to envision my trajectory to a head position or the C-suite. To Kirsten's point, it's impossible to visualize because I never see it happen for anyone of my color.

"Treat people as if they were what they ought to be and you help them to become what they are capable of being." —Johann Wolfgang von Goethe

This quote is from a German philosopher and is a mantra that fuels Kirsten's leadership style. She further described it as, you have to "help people build their confidence, and give them the freedom to do their jobs on their own terms. Empower and liberate people to drive success and creativity."

I've experienced this empowerment from Kirsten firsthand. We actually had an unusual "only in New York" introduction during my time as a hostess at a restaurant in Tribeca. One night, Kirsten and her husband came in for a dinner reservation, and after greeting them I overheard a bit of their conversation. They repeated the word "BBDO" three times, and I realized she worked at the agency to which I had just applied the day before. I was one month away from graduating and on the hunt for my first corporate job, so I took a bold step, introduced myself, and asked if I could share my résumé with her. Little did I know at the time that I was talking to BBDO New York's CEO, and within a week I was in their offices for an interview.

During my time at the agency, I have continued to take bold steps to achieve my goals. After starting in account management, I eventually made the transition to production, where my mind was set from the beginning. Empowerment is a two-way street—it takes managers who encourage you and give you the freedom and opportunity to grow, but it also takes self-confidence to push past the boundaries constantly set in front of you.

This conversation is one of many we've been having at BBDO as we're planting the seeds of change. If you want to check out the full conversation, see the video below, from @Omniwomen's IGTV. 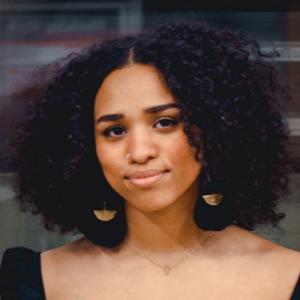