The Joy of Six: The Long View on Short Ads

Are they a passing fad or here to stay?

In 2013, the video-sharing app Vine appeared and became remarkable—not for its features, but for its constraint. Videos could be no mor than six seconds long.

The length captured people's attention perhaps because it felt oddly specific. Twitter purchased Vine before the launch—and Twitter is known for its brevity—so it sort of made sense.

But why six seconds?

The co-founder of Vine actually explained the length in a blog post, per CNET:

"The team tested various video lengths, ranging from about four seconds to 10 seconds, as they were building Vine. They found that six seconds was the ideal length, from both the production and consumption side."

Never mind the rigorous scientific method they used, we get the point: Six seconds is just long enough for creators to say something—and just short enough to keep viewers from skipping. It is the Goldilocks length.

Vine is now in the Internet graveyard, but the idea of creating six-second content lives on in the form of ads. In April 2016, YouTube announced six-second ads in a blog post, and suddenly it was all anyone could talk about.

Three years on, it seems like things may be changing. Last month, Media Radar put out a surprising finding: Advertisers are backing off the six-second format.

I think I know why.

Count up, not down

I recently sat in a creative review and watched two six-second spots up for consideration. One was a cutdown of a 30-second spot that told a small but compelling story and ended on the client's logo. The life had gone out of the ad. It felt rushed and confusing. The second video had the same familiar logo that animated in a small, fun way. It was perfect.

This, of course, makes total sense: Creatives want to concept for the format, not shove another idea into the box on the media flowchart. Rather than cutting down, they build up. I have a feeling part of the reason advertisers are planning fewer six-second spots is they are not finding the result of cutting compelling. They are editing everything that matters out.

They could have titled the post "New Format" or "Creative Opportunity." Nope. They tried very hard to show the world how to think about these new ads. They mention mobile twice and focus not on reach and frequency but on incremental reach and frequency. Plus, the first sentence of the post points to research on mobile usage and talks about second-screen behavior.

Six-second ads were not intended to be standalones. They were designed to be an add-on to a media plan. The counterpoint to this is, "Who cares?" We use things for other-than-intended uses all the time. But this may help explain part of that drop as well. Either advertisers are following YouTube's advice and only using sixes sparingly—or they aren't, finding that sixes struggle when standing alone.

Either way, things don't look good for this abridged format. They are either trapped in an incremental box or they are pushed into a job they weren't designed to do.

This conundrum helps us understand a way out for the sixes: Get them to work together so that no single ad has to be its own idea.

The more we get together, the happier we'll be

Rather than create a disparate set of ads all designed to stand up on their own—tell a complete story, spark an emotion, land a product message, and deliver a call to action—our creative team thought of each six as a single part of a bigger notion. Each spot started and ended with the same card and logo and had a consistent look and sound.

The result was a set of short ads that were interesting alone, but meaningful together. The media strategy, therefore, was to use incremental reach and frequency (along with creative rotation) to have consumers see multiple versions. By the time they saw the third one, they got it. Their brain no longer had to do the work of figuring out the brand or the underlying idea.

All of this just means that this new(ish), odd little format is starting to get established in the world. It's possible that the dip in use is just the hype starting to wear off—everyone wanted to try it at first. But now, the question is whether or not that was a passing fad or a real part of campaigns going forward.

We think sixes are here to stay. As both as consumers and ad people, we find them compelling: The quickness provides certain charm and stands against bombastic claims or overhyped productions. They are simple and clean and force an economy of message, style and substance.

And that, generally speaking, is very good for our industry. 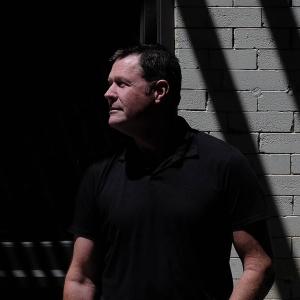