Finding a Balance in Visual Representations of LGBTQI+

When to be obvious and when to be nuanced

Given that Pride is here, it's time to have an open, honest conversation about visual representation from an LGBTQI+ perspective—specifically, where the brand and creative spaces are falling short, and what we collectively can do to "get better."

As we're officially in the post-#MeToo era, consumers have increasing expectations around responsible media and advertising and are quick to note when brands miss the mark. They expect diverse representation that reflects the world today, but they don't want tokenism or "screaming" renditions, either.

As creatives, the task often falls on us. We need to recognize that there's a time to be obvious and a time to be nuanced, and it's our responsibility to negotiate that balance for the benefit of consumers worldwide.

The Oxford English dictionary defines tokenism as "the practice of making only a perfunctory or symbolic effort to do a particular thing, especially by recruiting a small number of people from underrepresented groups in order to give the appearance of sexual or racial equality."

Consider images that lean heavily on overly ecstatic models furiously waving rainbow flags, or instances when brands use rainbows or empty clichés about love simply to drive commerce without any commitment of holistic, authentic support toward LGBTQI+ communities and issues. You've likely noticed a token gay best friend or random gay character in popular movies or TV shows, seemingly thrown into a storyline that has nothing to do with homosexuality—from My So Called Life to Sex and the City to Mean Girls. Sadly, these characters tend to serve as the wise, sassy confidant to a straight female protagonist—a token, of sorts—and they read as exactly that.

Which is to say that when we seek out authenticity—specifically, imagery and content which feel authentic, read as authentic, and (no-brainer here) are authentic—the impact is tangible.

Everyone goes to work, has a family, goes on vacation. People across the rainbow and beyond love family, love pets, love chocolate, love takeout. Regardless of how we identify, there are things that pertain to all of us, whether we're black, brown, white, straight, trans, non-binary... These core human truths cross the spectrum in a beautiful way and should play into any visual decision you're considering for your brand or the brand you're working to support.

As far as what it looks like in practice, it's a matter of being inclusive in your imagery choices every chance you get, across the board. It means making sure you're selecting images that portray fully realized experiences and lives of LGBTQI+ people across all aspects of life.

As far as how to choose imagery that is both representative and diverse, it's all about striking a balance, as I mentioned earlier. Think about the difference in messaging when a brand uses drag queens or effeminate gay men (don't get me wrong, this can work well—think of the Absolut campaign in conjunction with RuPaul's Drag Race, which was both authentic, targeted and successful) as opposed to examining the everyday experiences of LGBTQI+ people, such as Gillette's recent commercial which featured a trans man learning to shave for the first time with his dad. By tying into these commonalities, you can touch upon LGBTQI+ issues in softer ways, which may in fact prove more effective for most brands.

It's also a matter of constantly checking yourself to make sure you aren't "othering" the LGBTQI+ community by only being inclusive in June or by excluding people who identify with any of the letters following "G." It's a matter of transcending the concept of accepted, and inching toward the idea of embraced, loved and celebrated, authentically and fully.

The good news is, demand is up. Brands and businesses increasingly search for, and therefore want, LGBTQI+ -forward imagery. Last year, searches for LGBTQ increased by 137 percent on Getty Images, and Gender Neutral was up 100 percent and Transgender by 73 percent since 2017—the upswing is here.

As to whose responsibility it is to ensure that the broader LGBTQI+ community is portrayed authentically, we need to own it together. At Getty Images, we've taken significant steps to ensure we're encouraging the creation of creative photography which authentically depicts real people—real lives and real bodies, in real settings. But while we can continue to add authentic imagery to our collections, it's on our customers to seek out and use that content thoughtfully to speak to people. 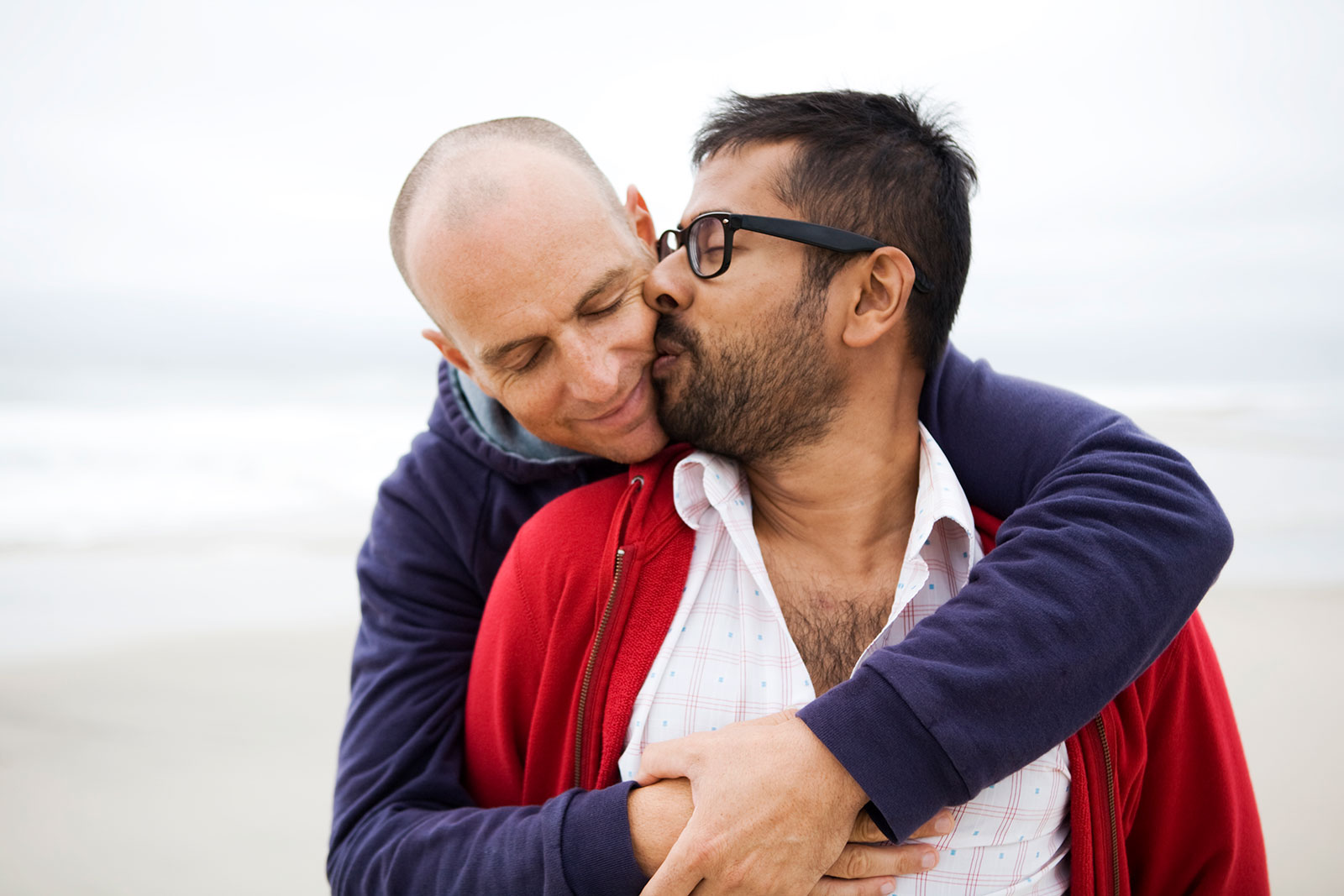 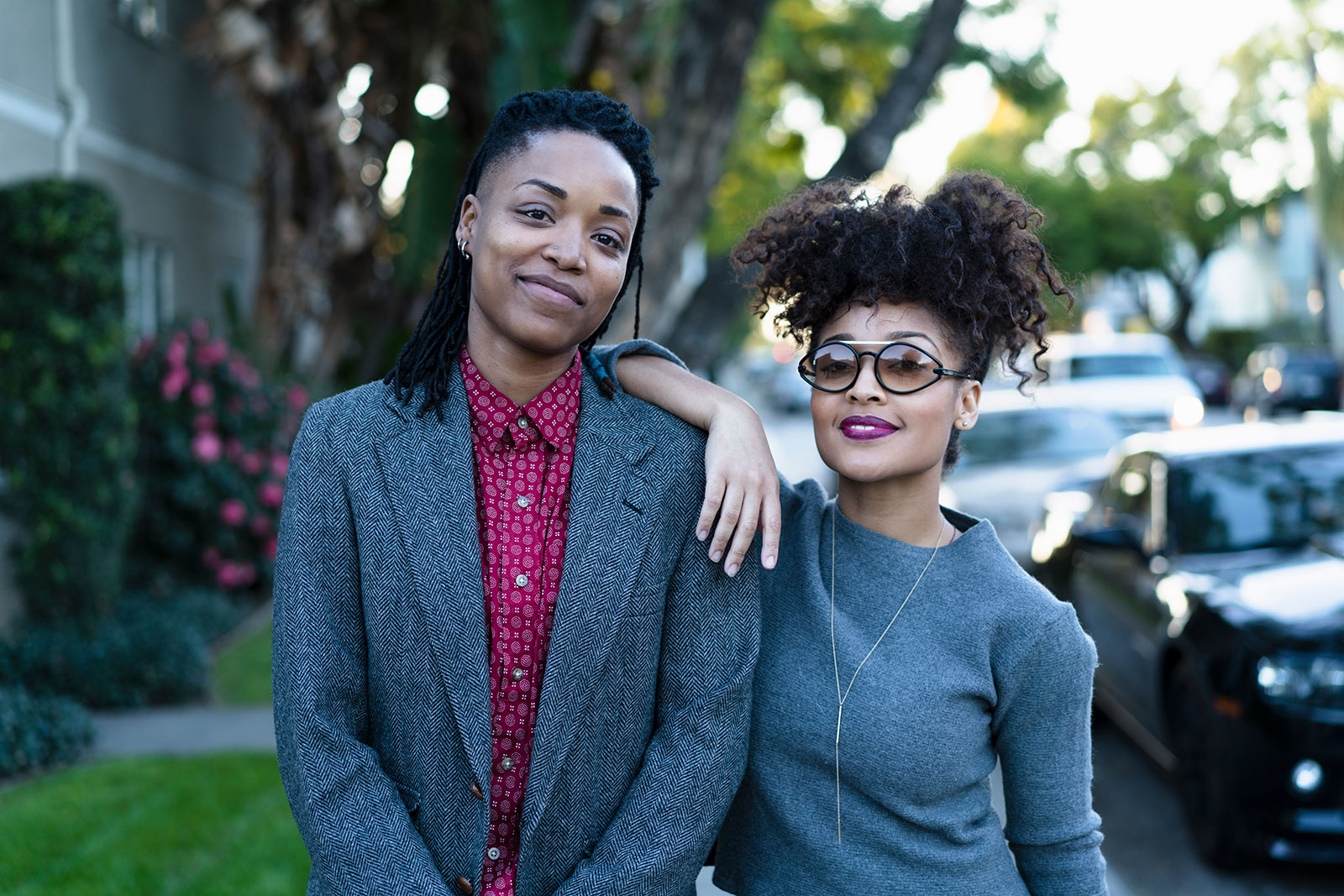 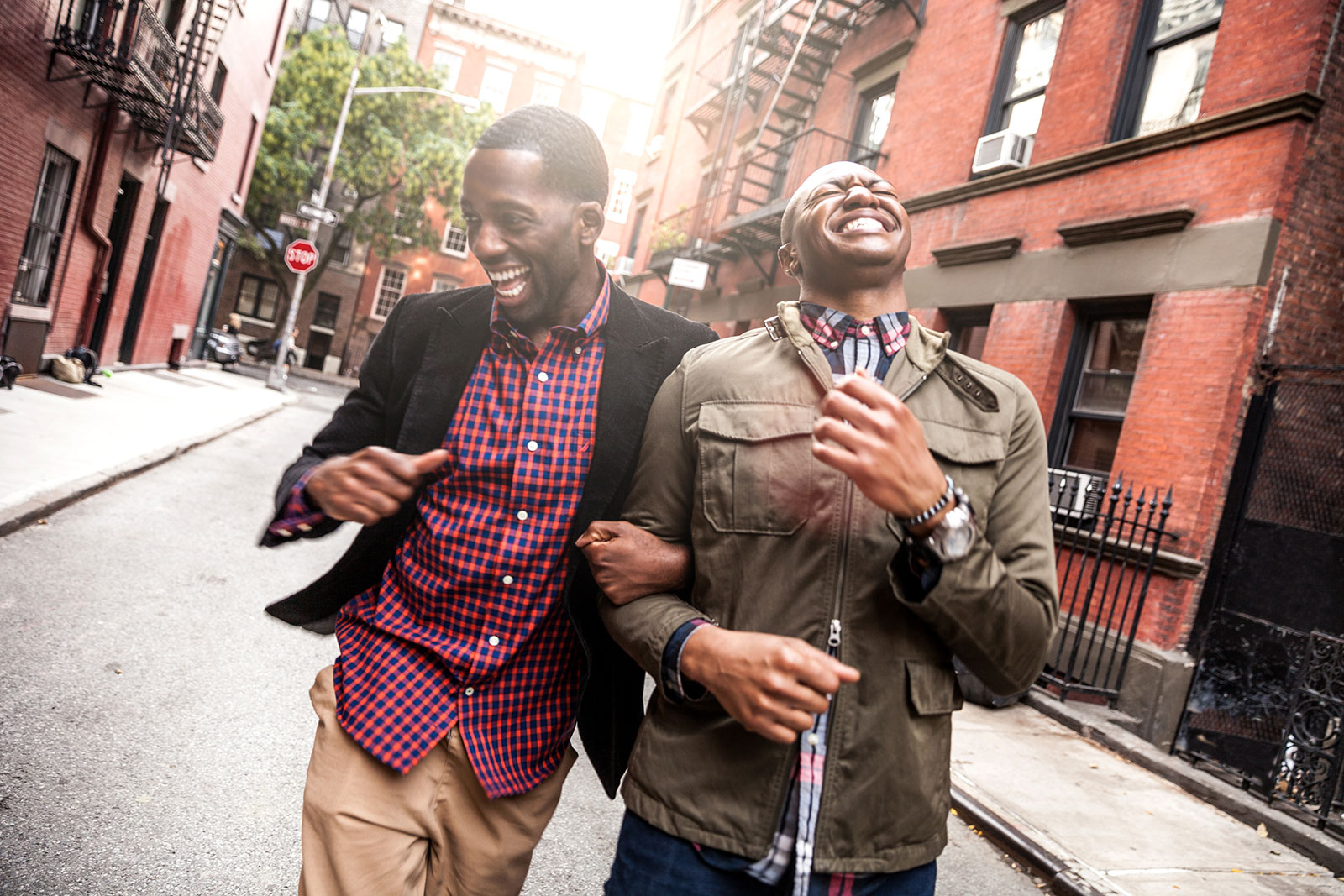 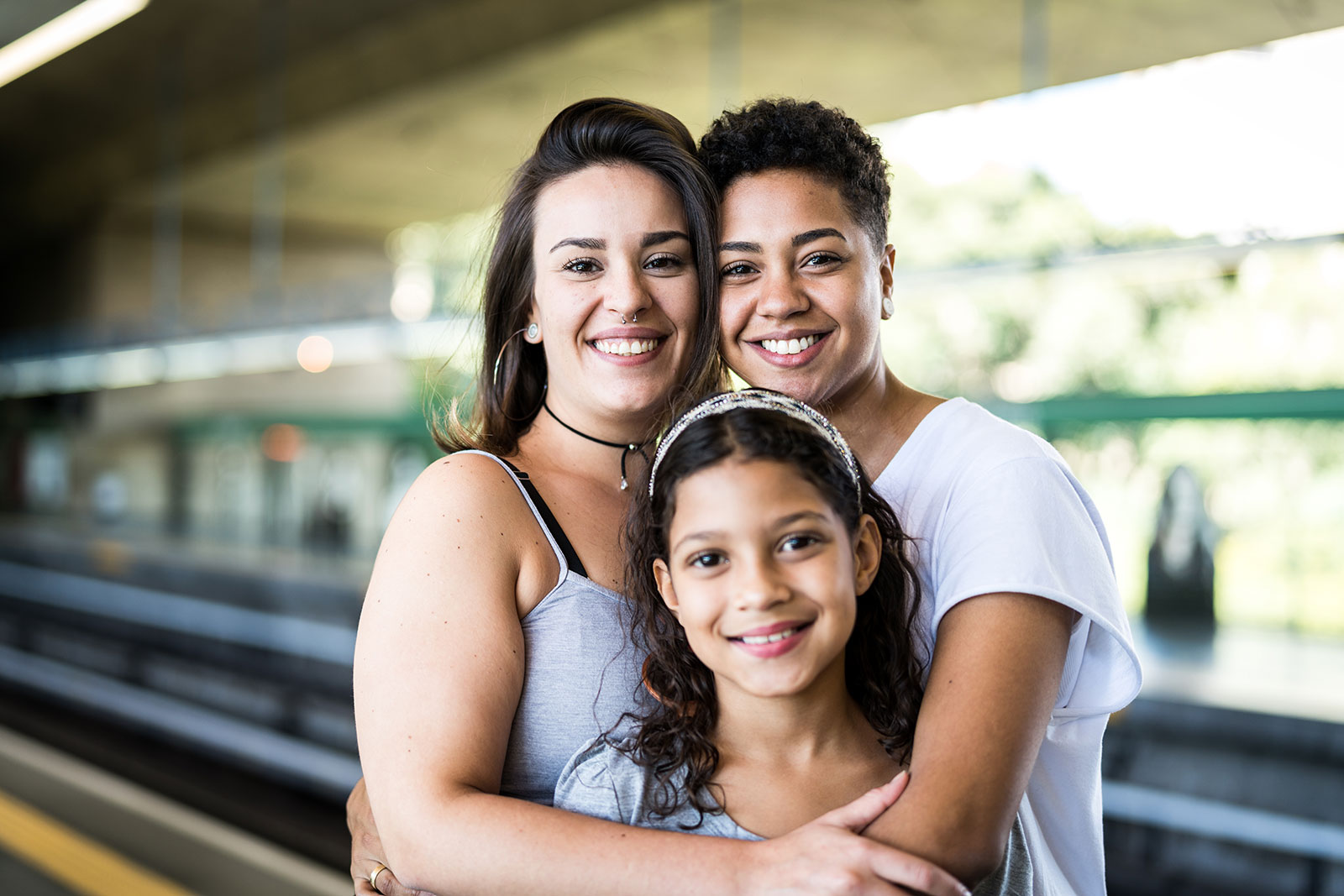 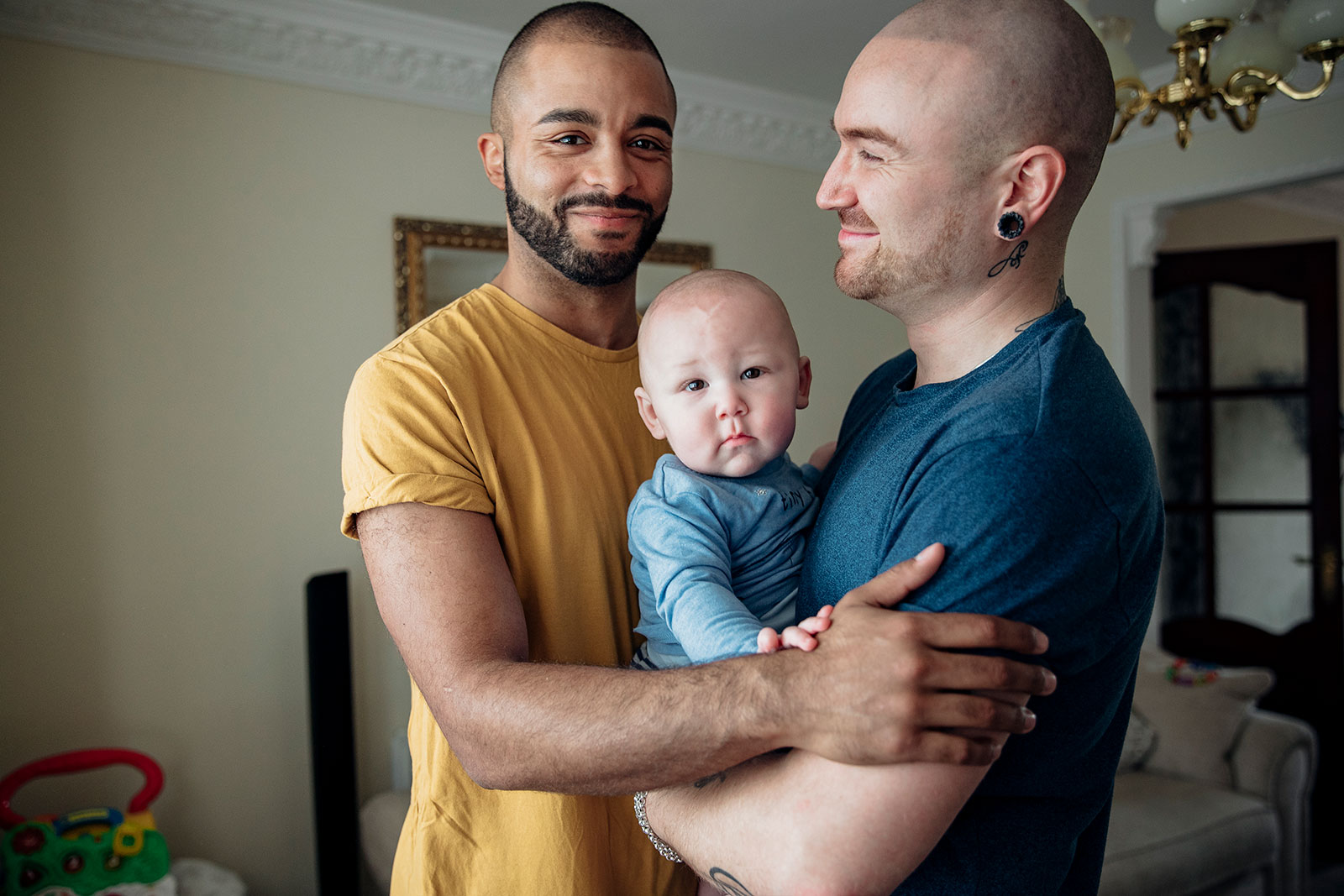 Note that it's not just the creative, advertising and media industries that have fallen short in this department. A lot of brands aren't as thoughtful as they could be, opting to run an ad or activation in June with the belief that that's enough to check the "I support the LGBTQI+ community box." But if there's no follow-through, such as a clear statement of where proceeds are going to help fuel that support, people notice. And rightly so. Remember when I said people have increasing expectations around responsible media, advertising and brands? Truth in action.

Brands that take meaningful action—like Gillette and Dollar Shave Club, via their "Get Ready" campaign—to connect consumers with their subjects in an artful, emotional way, simultaneously demonstrate an authentic commitment to inclusion.

Collectively, we have to move past the rainbow. We have to get better at including our black, brown, trans and non-binary community members in imagery that we're proud to share. For brands and agencies, here's one last piece of advice: When it comes to your imagery choices, be thoughtful about who you're marketing to. Be purposeful, with each and every image you choose, to ensure that it represents the human race, and not just one segment. 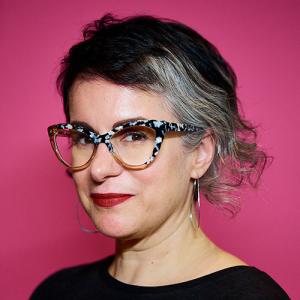