The art of doing versus observing

When I was around 10, my mom asked me what I wanted to be when I grew up.

It didn't take but a second to answer. I responded "Farmer!" rather dreamily. At least that's how I hear it replayed in my head. Since I was young, I have always idealized farming as a way of life. But I had never taken that dream seriously or had any push to make it a reality. In short, I never did anything about it.

That was until 15 years ago, when I found myself at a crossroads in both my career and my personal life.

At this time, my children were kindergarten age. I had been searching for the "exact right" school when I stumbled upon Waldorf education. For those who aren't familiar, the Waldorf method—particularly for young children—puts a heavy emphasis on experience. The mission is to embody the head, the hands and the heart. For example, when my children, whom I eventually enrolled in a Waldorf kindergarten, learned about the Middle Ages, they learned jousting—not by reading about it, but by doing it. They painted castles and took on roles to show what it would feel like to be a part of the caste system.

Around this time, I began studying sustainability as a socio-cultural trend. The more research I did, the more I felt compelled to do something. It was like method acting—I became my subject matter. I questioned my lifestyle and pushed beyond the known into the unknown.

It started with small, personal changes within our family unit. We began composting, getting outside more, studying more Eastern philosophies. It then moved into getting a hen house and bringing 10 baby chicks into our basement so we could start raising chickens for their eggs. We then moved on to beekeeping, starting with two hives and then saving two other swarms. We started growing some of our own foods and eating more local.

By year three, it was starting to feel like a new way of life. We weren't pretending to be more eco-minded—we were walking the walk. We continue to evolve as people. Even this past year, we moved on to seven acres into a "tiny home" (relative to American standards) as a personal challenge to see how much we could reduce our footprint.

So, how did this make me a better strategist?

Albert Einstein once said, "Education is not the learning of facts, but the training of the mind to think." Waldorf education showed me that my children embodied learning differently by doing. By throwing myself into sustainability, I learned a teaching method for empathy. I also tapped an emotional connectedness with others.

In my previous methodology for work, I would read about something and embody it for a few days. But through my new way of experiential learning, I have become a witness. I learned I can show the deepest level of empathy for consumers when I see life through their eyes. Nowadays, I use empathy in Every. Single. Thing. I do. There are days I need to feel the feelings of a 15-year-old boy buying his first stick of Old Spice deodorant. I then have to be a 60-year-old taking a cruise with high school friends. I then need to have empathy for a couple married for 20 years buying life insurance for their family.

So, what is the art of "doing" versus observing? Growing up with a bunch of scientists, birders and literary geeks, we were taught the art of observing. But this shift in my thinking has allowed me to "do" more. At my agency, Curiosity, I coined it field research.

I just sent two people on a cruise for seven days to understand the feeling of being a 65-year-old traveler. We are currently conducting research around foodie foods from Brooklyn while also studying Michelin restaurants. We are tracking the mental-health trend, which has come with a whole host of out-of-the-box field studies. We have had teams organically start "therapy" sessions with each other (voluntarily) and share back with the company on their progress.

When we work with clients, we literally and figuratively put ourselves in the consumer's shoes. When we pitched and won Brooks Running shoes, the first thing I did was purchase a pair of Brooks and I began my own personal run journey. I rounded up consumers (real people who love to run) so we could run and they could storytell within the activity. It was quite the meta version of research. 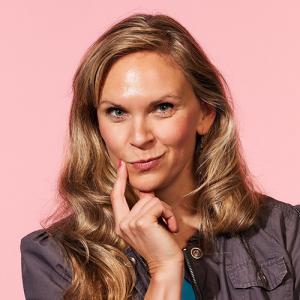