Brands Think They Know Female Empowerment. Here's What They're Missing

Progress is deeply personal, not a mass concept

Female empowerment has grown to become a dominant force in culture and conversation. From the strength of Wonder Woman to the spread of #MeToo, the rise of fierce femininity cannot and will not be ignored.

But does every woman in America have the same views about "progress"? Are all women striving for the same end goal? Perhaps our assumption that women are a lump sum gender all striding toward the same finish line is flawed. While we have good intentions to show women that we are on their side, is it possible we are only scratching the surface?

A national study of 1,350 participants, conducted by Eleven Inc., revealed what progress really means to women in America today. How brands, media and companies as a whole address women's perspectives on progress will be critical in authentically connecting with women and furthering their rights.

While over 68 percent of women welcome the female empowerment movement as a much-needed instigator of positive change, women's view of what progress means in their lives is deeply personal. In fact, they believe that treating it as one big collective problem oversimplifies how complex and nuanced gender equality is: "If we have one big problem, it's that people think there is one problem women share," they said.

For some women, progress means being comfortable as a stay-at-home mom, and for others, it's making their own money. Some women see progress as having control over their bodies, while others define it as breaking racial stereotypes. Some women see progress as embracing being a lady, and others see it as having a First Lady as president. "Each woman is different, and should be who she is meant to be," they said.

While the majority want womanhood to progress on a macro level, they also crave the freedom of being recognized as individual people on their own path. As long as they feel they have the choice to define their lives on their own terms, it's progress. The constant conversation around female empowerment is certainly causing some fatigue, with many women reframing the conversation from a female issue to a human rights issue: "I want to be the best version of myself, that has nothing to do with my gender" and "I don't need to put an 'I am a female' filter on my aspirations, thank you!"

These perspectives are bubbling to the surface, especially when dealing with the constant pressures and expectations that surround women. For starters, looking attractive is still the No. 1 pressure women feel across all ages and geographies (48 percent women surveyed said so). In fact, this older-than-time pressure is rated much higher than "being successful at work" (35 percent) or "staying healthy" (30 percent). This is surprising, if you take into account the big strides the beauty and fashion industries have been making to embrace a more diverse definition of beauty.

On top of this, women feel they are expected to be strong for everyone else around them, from being the patient listener and the supportive partner to acting like a selfless caregiver in every aspect of their lives. The expectation to be formidable at everything is taking a toll on the perception of self. So while brands, media and the entertainment industry are looking to inspire women to be a "badass superhero," they have also consequently added more pressures to her already complex world, as she looks to achieve a new ideal.

As one woman said: "The only thing holding women back in society is the expectation of the corporate world for women to put in 40-plus hours a week at work while still raising a family, being an attentive wife, and making it to every single soccer game—it's unrealistic." In fact, 61 percent of all woman indicated that they feel pressure to be strong, independent women, while 38 percent put this pressure directly on themselves. Those feelings are felt even more strongly among millennial women, with over half saying this pressure comes from within.

So, what is holding women back? While current conversations and sentiments may lead us to believe that men are the No. 1 "enemy" of female progress, women don't necessarily agree. While 11 percent of women (and only 7 percent millennial women) did indicate that "how men treat women" is a primary concern, the No. 1 hurdle they see standing in their way toward personal progress is "old-fashioned American traditions," followed by "our own silence and acceptance of the way things are."

This is a really important nuance, which illuminates the impact of society as a whole on the issue, rather than pointing the finger at just the opposite sex. Perhaps this will bring some relief to the male readers out there, and hopefully raise the importance of working together toward breaking antiquated social codes that are preventing all of us from moving forward.

While many women are confronted with the same hurdles, we shouldn't assume that the bond of sisterhood, Sex and the City style, is the easy antidote. The truth is, the race for progress as defined by society naturally breeds more competition among women. Some 29 percent of all respondents said that women constantly compare themselves to one another, coupled with one in four women agreeing that women are nice to each other but quietly judge one another behind their backs. It's not that they want them to fail, necessarily, more that they don't want to feel that they are falling behind.

"Women are the biggest critics of other women," they said, while also noting that this is something they need to change about their own behavior in order to better themselves. "Empower your fellow women, motivate them to be the best they possibly can be" and "Together we are stronger" was some of the advice they gave each other.

While progress is definitely personal, there is one big truth that bonds all women together across all ages, geographies, political views and cultural backgrounds. For all women out there, equal pay is the most important step toward gender equality. And that says a lot.

Connect with her as a person, not just a gender.

We should look to celebrate women's individuality and support the many different ways women want to achieve progress, rather than predefine for them an ideal they must all work toward. This is especially important when considering the diversity among women in today's America. Similarly, it's important to avoid overly playing "femvertising." Women don't need to see pink or a "For girls" label to connect with your brand or feel you are speaking to them.

Don't just add to the noise to show that you care.

When everyone is portraying new female ideals that ask more of her, brands will be wise to reduce the noise and lessen the pressure. Instead of jumping on the bandwagon, give women the confidence and freedom to find their own worth and do it at their own pace. Showing empathy toward her real-world challenges is a great way to connect. Adding some humor to a very serious matter may also bring some much-needed relief and higher engagement.

There is a great opportunity for brands and companies alike to address the tension among women, helping them lean on each other rather than judge one another. This could lead to a significant impact if done in the right way that both recognizes the problem as well as serves a solution. Dove has done a great job with this.

Don't forget about the guys!

While all lenses are on women, this is also a moment of time to consider the men in this equation. The female empowerment movement may have created some uncertainty in terms of how they should behave in society and in the workplace. We must see men as a main part of the solution, rather than the main part of the problem.

Continue to embrace the "new normal."

Brands should continue to break down antiquated values that are holding culture as a whole back. Championing a more accepting and open society that enables her to be whom she wants to be will be critical. If women in Saudi Arabia can now drive, anything is possible.

It's important that brands and companies as a whole, are making change happen. Storytelling is only one part of the equation. "Storydoing" is the other. Just look GM's recent hire of a 39-year-old female CFO for inspiration. Making real strides toward equal pay will be critical in making an impact on both the individual as well as the collective. Women will want to know that the corporations behind the brands they love truly act in the way they preach. 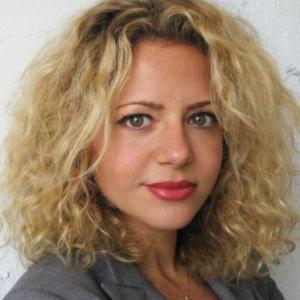