5 Cult Tropes That Brands Can Use for Good

Tips for selling a belief along with a product

What do climate change organization Extinction Rebellion, pop star Justin Bieber and global brand Apple have in common? They've all got something distinctly cult-like about them.

Whether with intentional savvy or by instinct or accident, the following and recognition they have achieved is straight out of the cult playbook of success. It is something mainstream brands can learn from—and use for good.

After all, which brand wouldn't want to be built around a belief in something, which brings together people who then spread the word far and wide? That sounds like the most desirable form of brand loyalty. So it's worth taking note of what some of the common themes are among Bieber et al…

As with some of the most nefarious cults, many of the world's best-known brands are led by charismatic leaders who can be admired—even worshipped. Think Virgin and Richard Branson; KFC and Colonel Sanders; even Frosties and Tony the Tiger.

Whether they're a matter of fact or fiction, true leaders live and breathe the brand and everything that comes with it to build an ambassador community. We imitate people we admire, and using leadership figures can mobilize people to take action.

But no amount of charisma can secure success if there isn't something to stand for. Cult-like personalities or organizations invariably embody something.

For brands, this translates into an important shift: Rather than selling a product, brands need to be selling a cultural standpoint or belief system. This is not just about declaring a guiding purpose, but about letting people buy into something that gives a product more meaning.

It's these brands that can bring communities together. Depop, for example, has brought people together not merely by providing a practical way of buying secondhand clothes, but by allowing them to buy into sustainability.

Taking this a step further, another common trope among cults is the tendency to dial up the feeling of righteousness by identifying a common enemy or an evil to fight against. It helps mobilize a community.

In the same vein, brands should be asking themselves what they're fighting for, and what they have to overcome to achieve that. To be a successful brand today, you need to think as much about whose nose you're prepared to put out of joint as what you stand for.

Nuud, the plastic-free chewing gum, has recently gone full "anti-plastic" in all things, stepping up its brand message from "Gum should not contain plastic" to "Reduce all plastic consumption."

The importance of community building is another marker brands can look to. Cult-like organizations are often built around older, established members modeling for the younger ones and guiding behavior. While dyed-in-the-wool cults' use of this approach veers into coercive behavior and brainwashing, brands can use it to positive effect, making social proof a key part of brand strategy.

Dr. Martens is a perfect example of this. The different demographics of its following are united by a feeling of rebellion. Whether it's a "punky" aesthetic in your early teens or bucking the stereotypes of what a 50- or 60-year-old should look like, the brand can tailor itself to each community.

While a clear vision and a strong leader are key to building something people believe in, it's the followers who create the cult-like status. They do so with the help of signifiers, distinctive ways to create that sense of belonging. Hand gestures, rituals and expressions are often very distinctive—and noticeable by non-members—to create a feeling of an "in group."

Such signifiers need to be easy to use, adopt and adapt by as many people as possible. The use of signifiers goes way beyond the logo, especially in the world of brands. Monzo's coral card in the early days marked you out as an early tech adopter, while the Apple logo identified you as a creative. Huel, meanwhile, provides a free T-shirt to users to easily spot the "Hueligans." The use of signifiers is not so much about "branding" your users but about enabling them to express a lifestyle and attitude.

So, while cult-like behaviors have historically been associated with some of the most notorious organizations of our time, they are also inherent in some of the world's most innovative and successful brands. Understanding how they can be used for good should give every brand owner the tools to build the holy trinity of trust, advocacy and loyalty they crave. 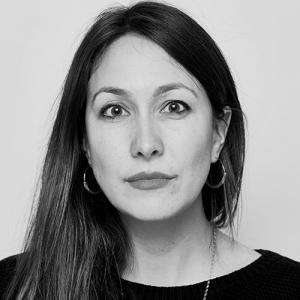