Staged by GUT and Mercado Libre 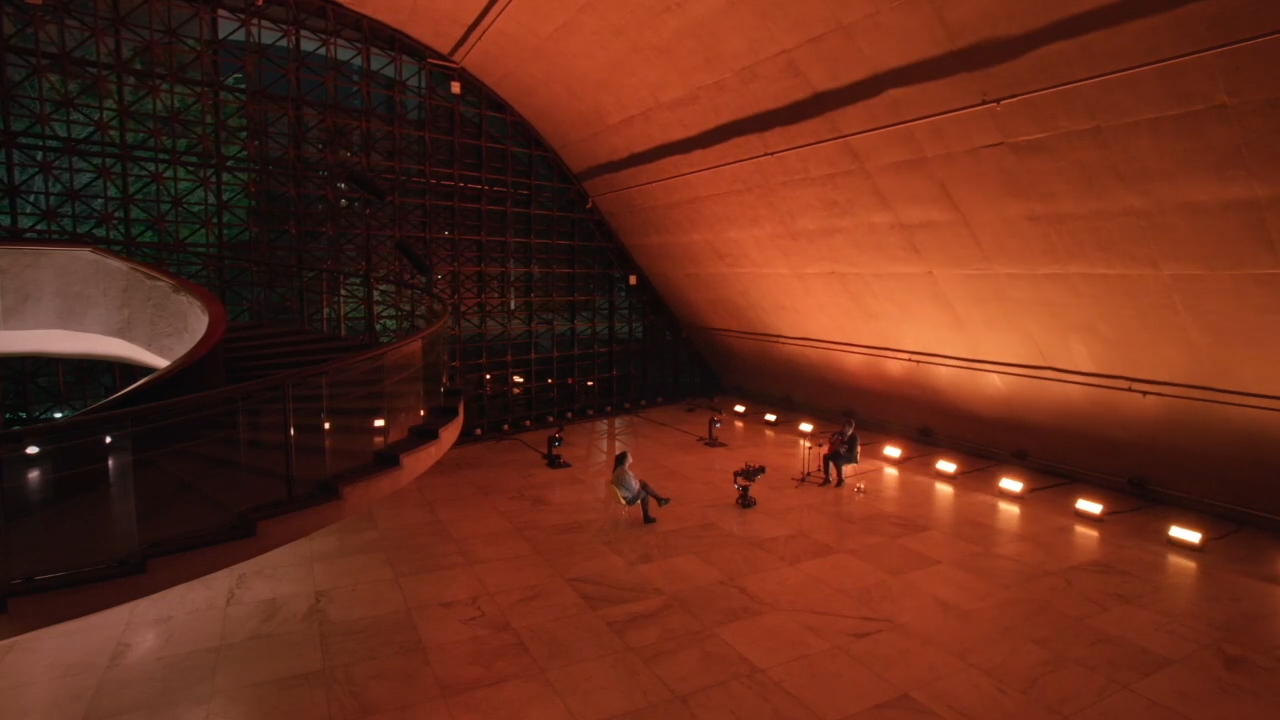 Last month, Brazilian musician Seu Jorge sang David Bowie's "Life on Mars" at a concert venue in São Paulo. He played to an audience of one: Camila, a nurse, to celebrate her service during the coronavirus pandemic.

That performance kicked off a series of 10 such ultra-intimate gigs staged by creative agency GUT and MJZ/Labhouse director Juan Cabral (of Cadbury "Gorilla" fame) for e-commerce company Mercado Libre.

Mercado Libre | One x One: A show for a hero

The set-up generates some memorable moments, as each artist plays for a single appreciative fan, while maintaining social distance as robotic cameras roam the aisles of otherwise empty auditoriums. The wealth of space on display makes the performances feel incredibly compelling and, in a nod to the times, just a tad wistful.

Inverting pre-Covid live entertainment norms, the musicians set up on stage and waited for the guests to arrive, a subtle reminder of which professions are most vital these days, and a nod toward society's true heroes who put their lives on the line. (An earlier initiative by 14 sports leagues acknowledging medical workers hits somewhat similar notes, sans the face-to-face encounters.)

Telecasts and streams of Mercado Libre's "One x One" concerts on Brazil's O Globo and other platforms will raise funds for the Red Cross and Food Bank Network.

Below, director Cabral and GUT creative lead Joaquin Cubria field our question about the project:

Muse: Where did the idea originate?

Juan Cabral and Joaquin Cubria: Like all ideas, it was floating around. Just waiting like a Pokémon goes in a street or a kitchen. It made a perfect match with the client's interest in developing content for the very first time in their 20 years of existence. So the first thing was … let's get the artists to wait. Reversing the norm where you have thousands of people waiting for three guys to show up with a guitar. The message of equality felt good.

How'd you choose the performers and workers?

We wanted the most varied lineup ever. Music styles, personalities, countries. Not all musicians are ready to play without a band and to show the person behind the artist. That narrowed the list a lot. Regarding the workers, we cast around 500 different nurses, medics and volunteers who were on the frontline. We selected 10. But when you hear all their stories, you really want to make shows for all of them.

How did it feel to film just two people in these huge halls?

There's a certain dystopian feel to the shows. Empty places that shouldn't be empty—and robotic cameras observing every detail as two humans connect for the first time. Even the lighting was controlled remotely. We were operating the lights from Buenos Aires directly into Mexico, Brazil, Colombia, etc. Latency of one second. Pretty extraordinary.

What was the hardest part of putting this together?

There was no easy part. Shooting in a pandemic in six different countries, and delivering 3.5 hours of edited footage in two months, is a pretty painful process. Countries going into lockdown, shooting protocols that changed every week, shows postponed. Frankly, the fun part comes when you sit down to enjoy the final material. We are all still amazed at the fact that we made this happen under the circumstances.

Why is this effective marketing for Mercado Libre?

This is Mercado Libre's debut in content. Partnerships with content giants like HBO will follow, but it's great that they started with something that's 100 percent owned by the brand. A piece this beautiful and human really stands out in a year that's been super tough for brands trying to find their place and their role in the middle of a global pandemic.

Here's a setlist of the musicians and their very specific audiences: