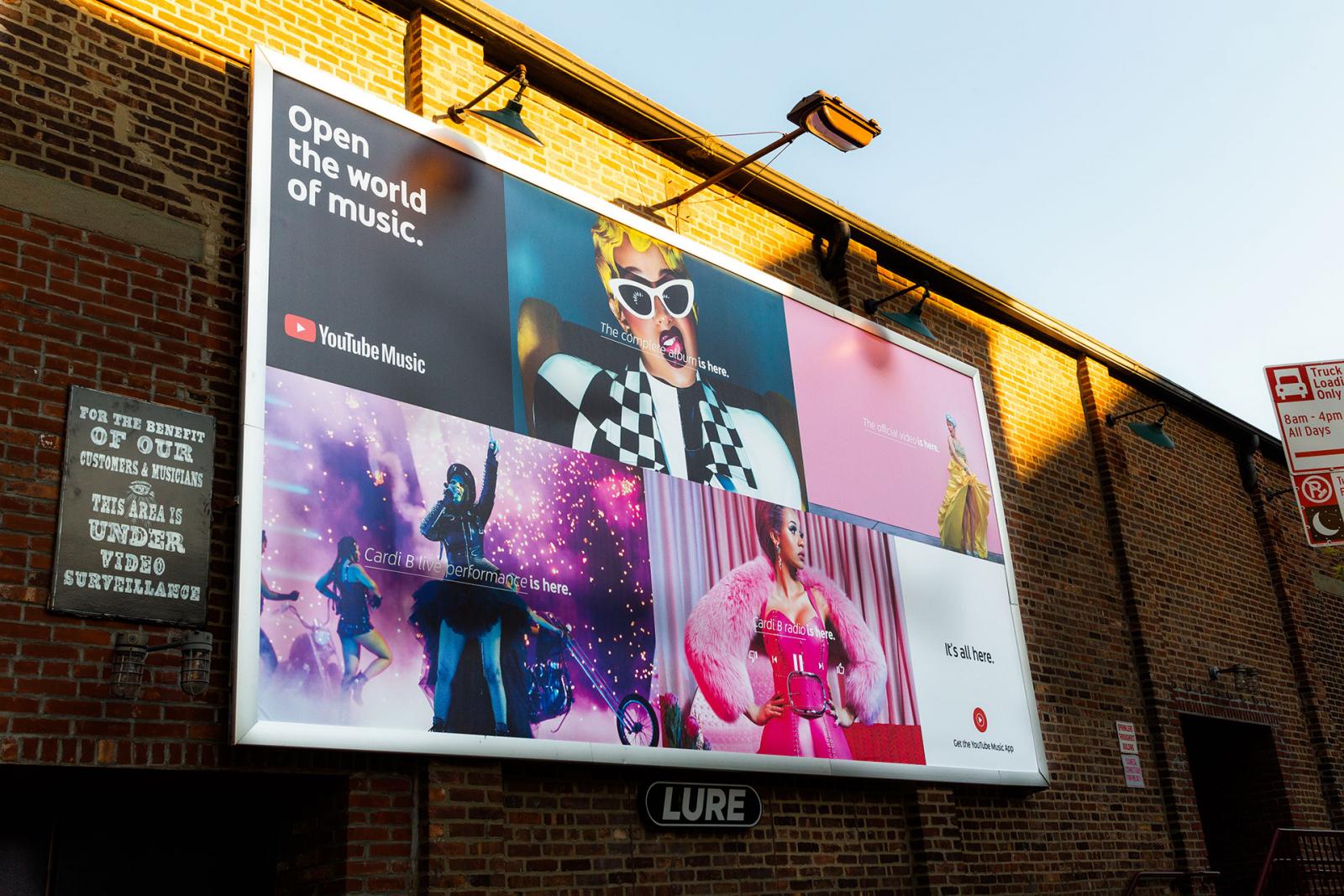 'It's All Here.' Inside the Colorful Marketing of the YouTube Music App

Oved Valadez, ECD at Industry, explains the strategy and creative

In June, Google launched a new YouTube Music app to compete with streaming services like Spotify and Apple Music. The new app has gotten largely positive reviews, though the space is so intensely competitive that a solid product, launched today, is not necessarily a guarantee of success.

Still, YouTube Music has the might of Google behind it, including a splashy marketing campaign, with Portland, Oregon, agency Industry helping with strategy and creative. This is Industry's first work for YouTube. It was brought in by Dennis Seydel, global head of marketing for YouTube Music, who had been Industry's client at Nike before.

A large chunk of the ad campaign has focused on out-of-home. First up were cryptic billboards showing just artist imagery along with a white play button inside two red circles—which would later turn out to be the new YouTube Music logo.

The second phase was the big reveal, with the billboards introducing the app with two key lines of copy: "Open the world of music" and "It's all here." YouTube enlisted a number of artists for the launch, including A$AP Rocky, Camila Cabello, Cardi B, J Balvin, Sza and Tyler the Creator. 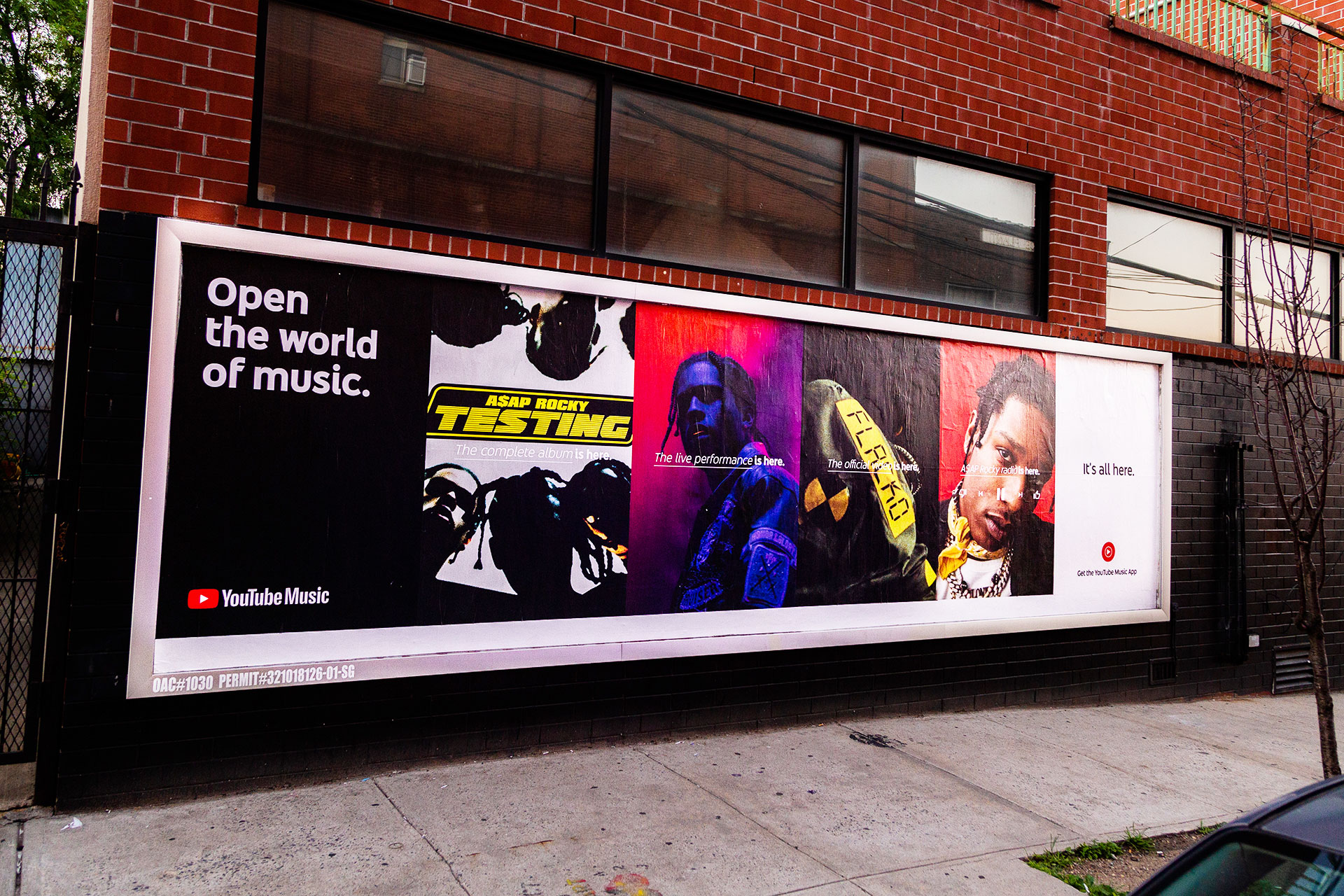 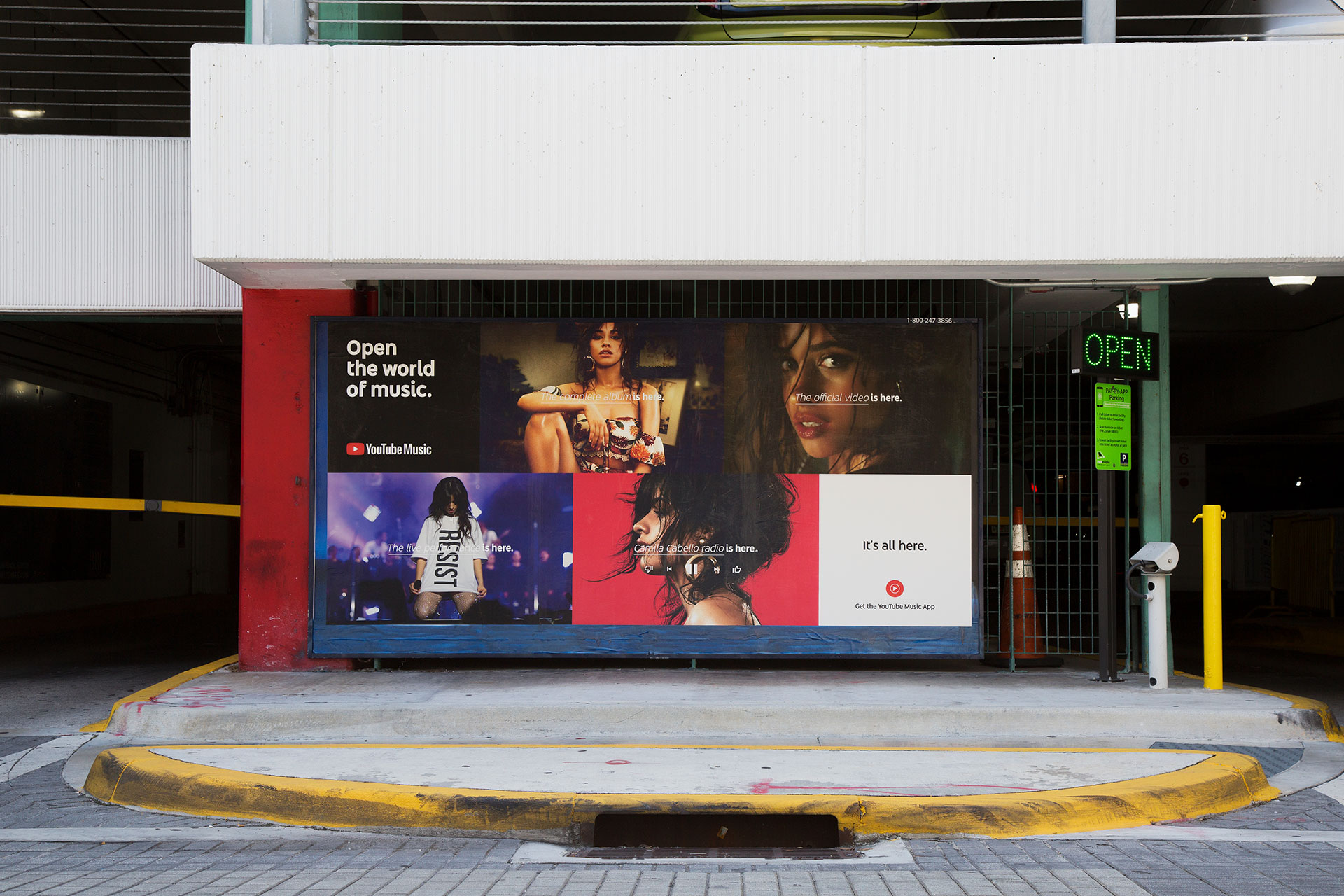 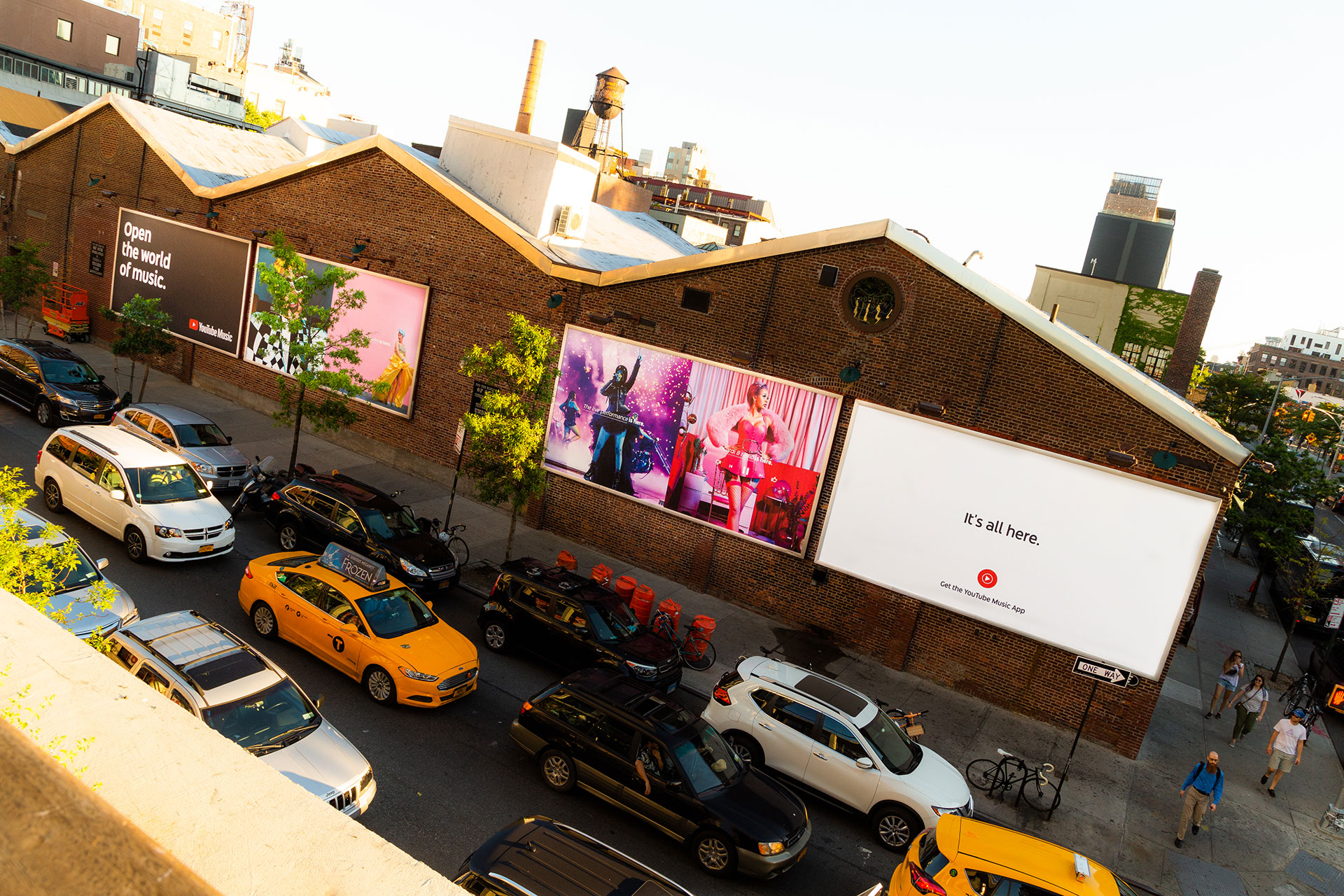 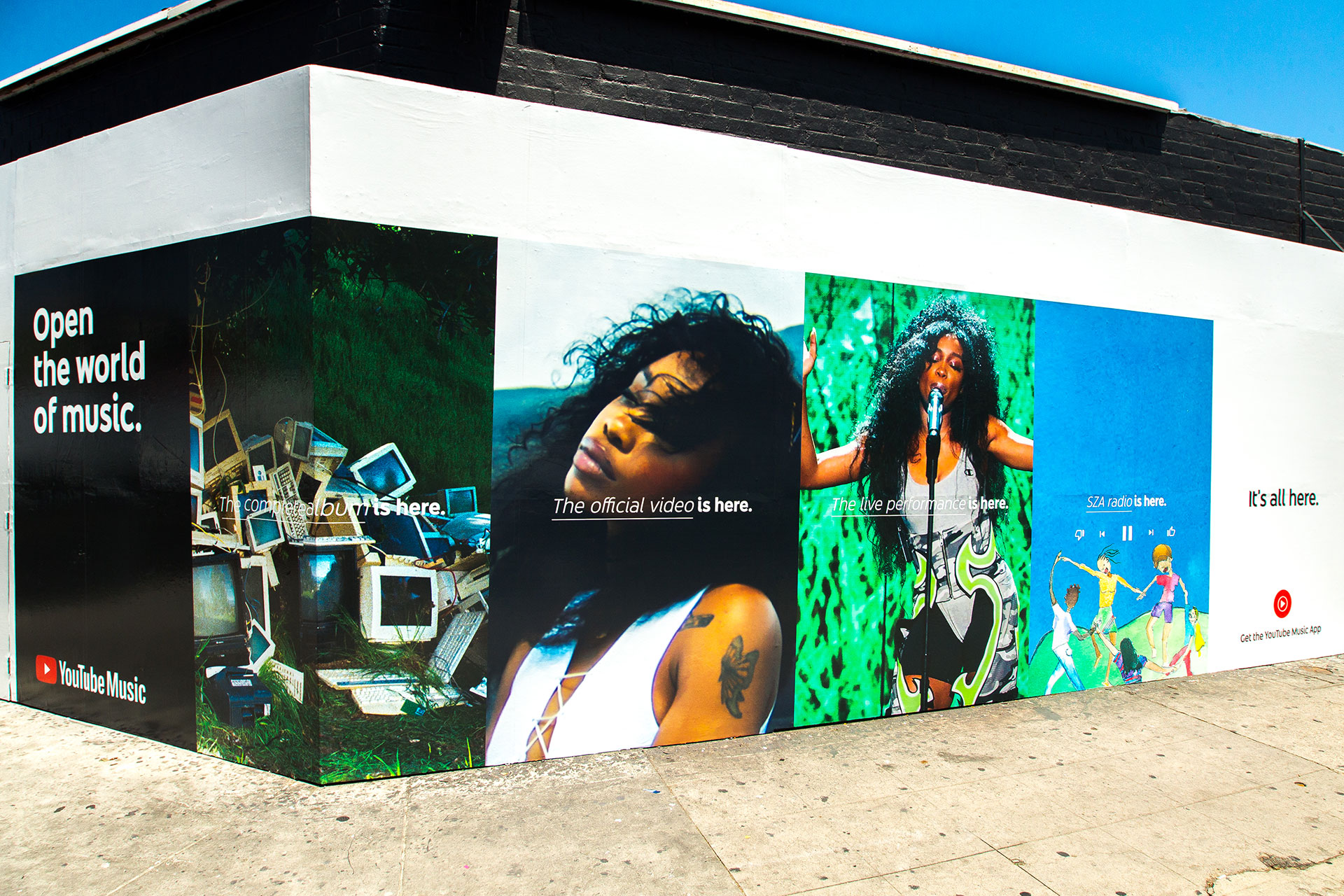 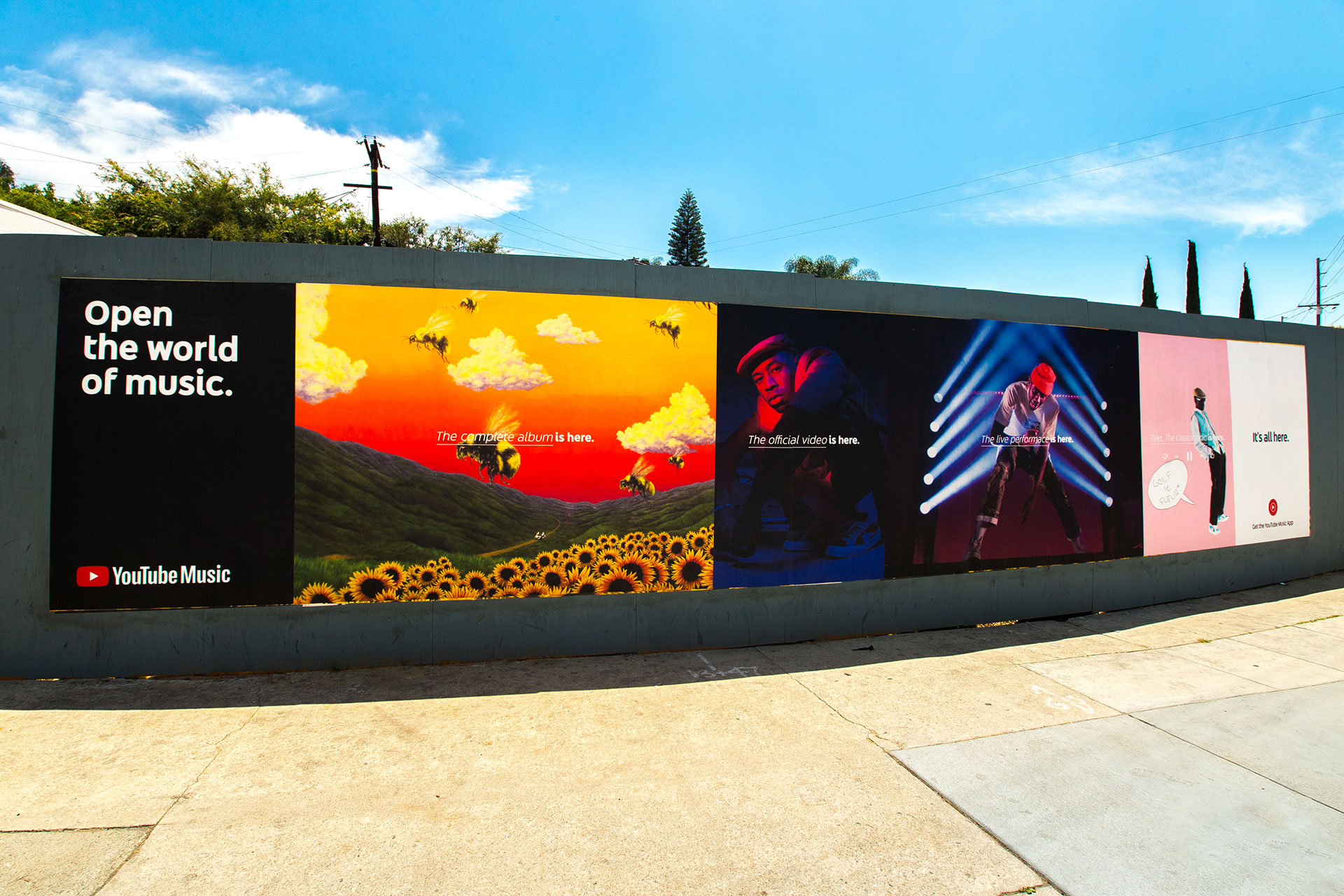 Oved Valadez, co-founder and executive creative director at Industry, tells Muse that the strategic vision for the campaign came from looking at how consumers actually use all the existing options for consuming music online.

"A lot of people hop around between three platforms [of Spotify, Apple and YouTube]," he said. "They may be streaming from Spotify. They have their collection on iTunes, or a physical collection. And then, for the things they can't find, or the videos, they go to YouTube."

Recognizing that YouTube has much more content than its rivals in certain areas—video content in particular, including music videos, live performances, even amateur cover versions—agency and client leaned into the idea that people shouldn't have to hop around anymore. With YouTube Music, they could have everything in one place.

The other insight that informed the campaign, Valadez says, is that consumers want two things from a music streaming service. They want convenience—the ability to play any song they want, whenever they want. But they also want depth—the ability to access more unique content beyond individual songs. YouTube's content library, combined with Google's data management systems, could make YouTube Music the best way to satisfy both consumer wants. 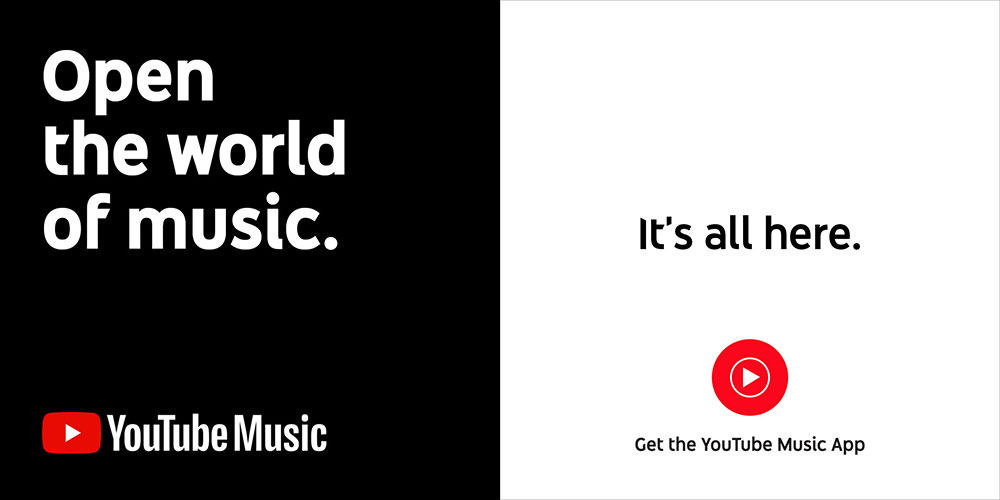 Not that it will be easy.

"They're trying to enter a very saturated space," says Valadez. "Ironically, it's a space that they've, in many ways, created and owned. They are already the No. 1 streaming service."

The creative emphasizes this, with the two overarching copy lines, as well as lines like "The complete album is here," "The official video is here," "The live performance is here" and "[Artist name] radio is here."

The artists are a key part of the equation. They aren't just endorsers, of course, but partners—their content, after all, is what the service is selling. Thus, it was critical for YouTube not just to plaster their images on ads, but to get them involved on a deeper level.

Spotify and Apple have done this, too, of course—but YouTube believes it has more to offer arists around key moments like album launches.

"I had an incredible conversation with Tyler the Creator where he's like, 'Oh my god, this changes the game of how I can launch an album,' " Valadez says. "In the old days, you launched a single, here's an album cover, here's a video, and here's the full album. Tyler is like, 'I can flip all that on its head. I can launch with a live streaming art performance, and then do the video, and then the artwork, and then the album, and then the single.' What's really fascinating about that is we're beginning to learn from how the artists are perceiving it."

Another key piece of content at launch was a 75-second manifesto-style video set to the Beatles' classic track "Come Together," a song that captured the campaign's sentiment of bringing people together to enjoy music in one place. Toward the end of the piece, the Beatles version segues to a Gary Clark Jr. version, emphasizing the breadth of content on YouTube.

"It was an invitation, where we showed the poetry behind music," says Valadez. "Our goal was to dimensionalize what music is today and why we listen to it."

The out-of-home campaign also reached digital boards in Times Square. Swipe or click through a gallery of those ads here: 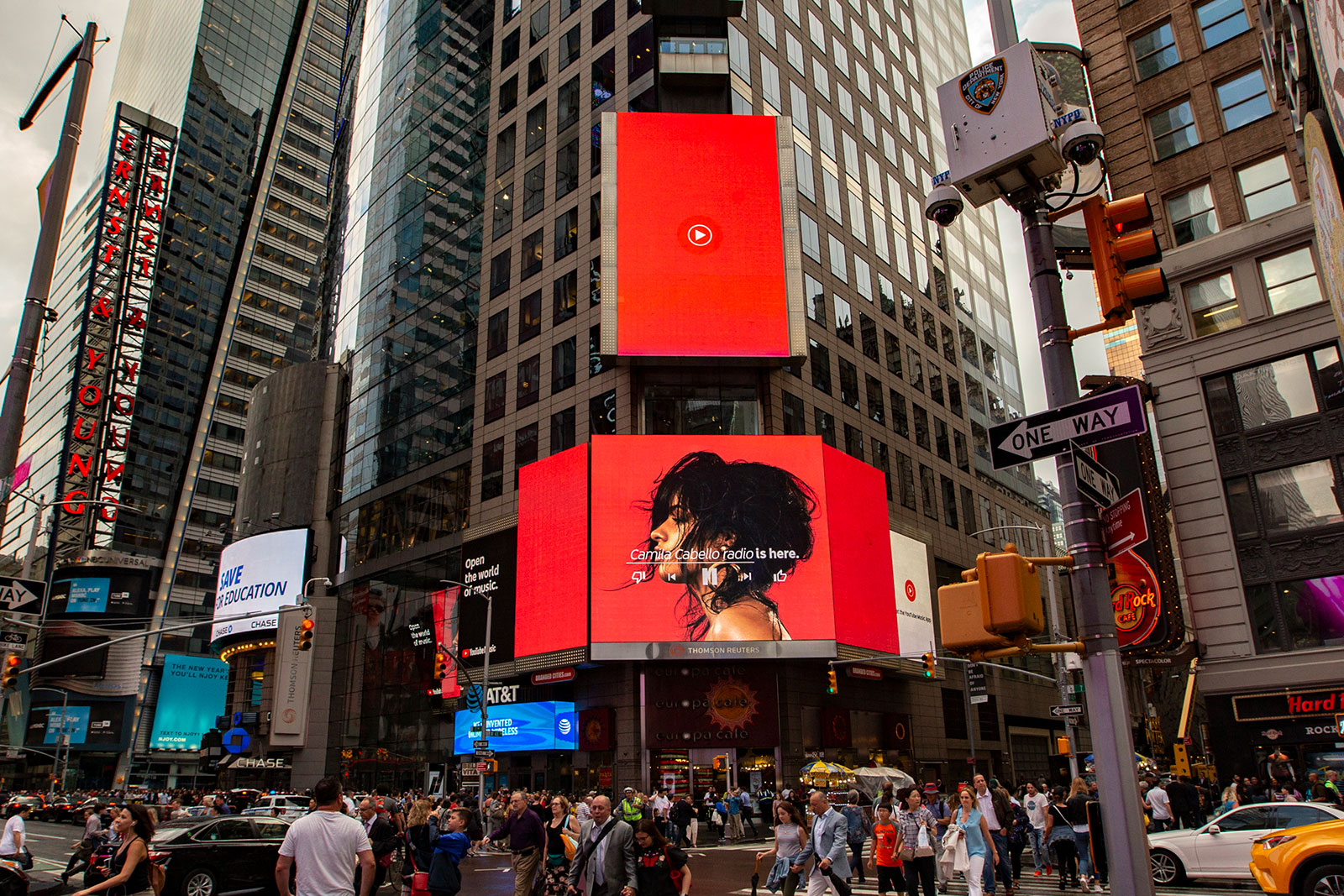 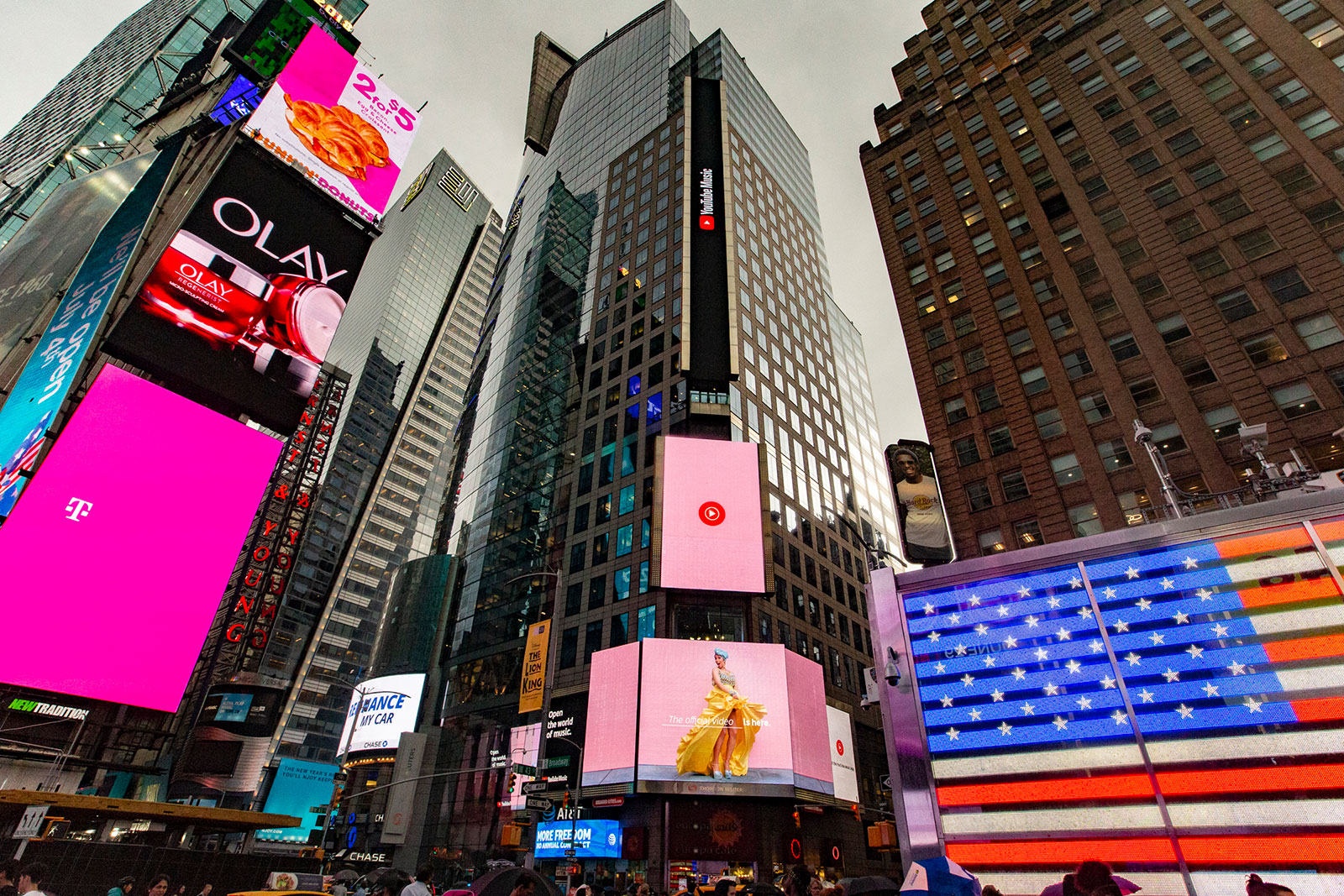 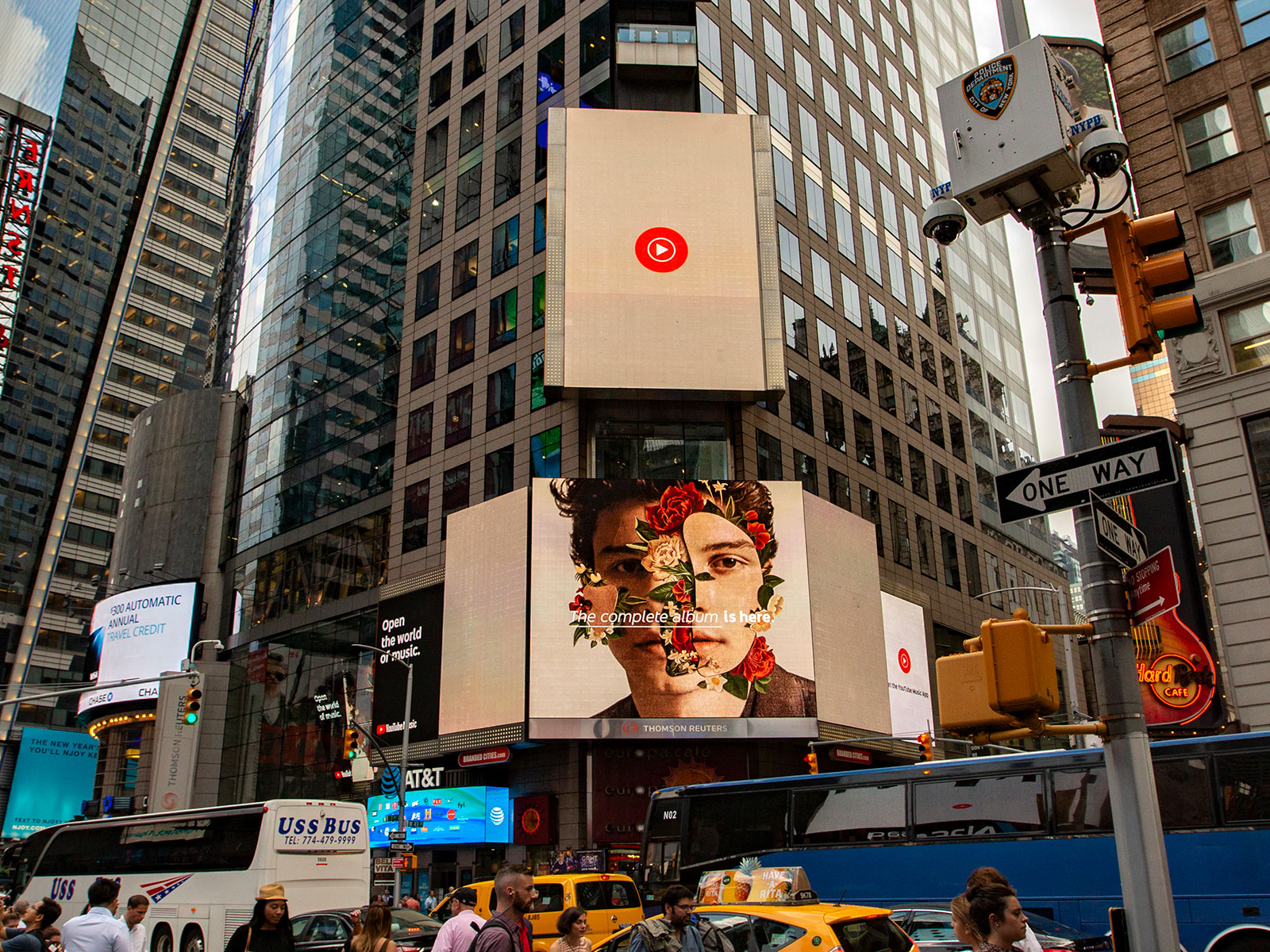 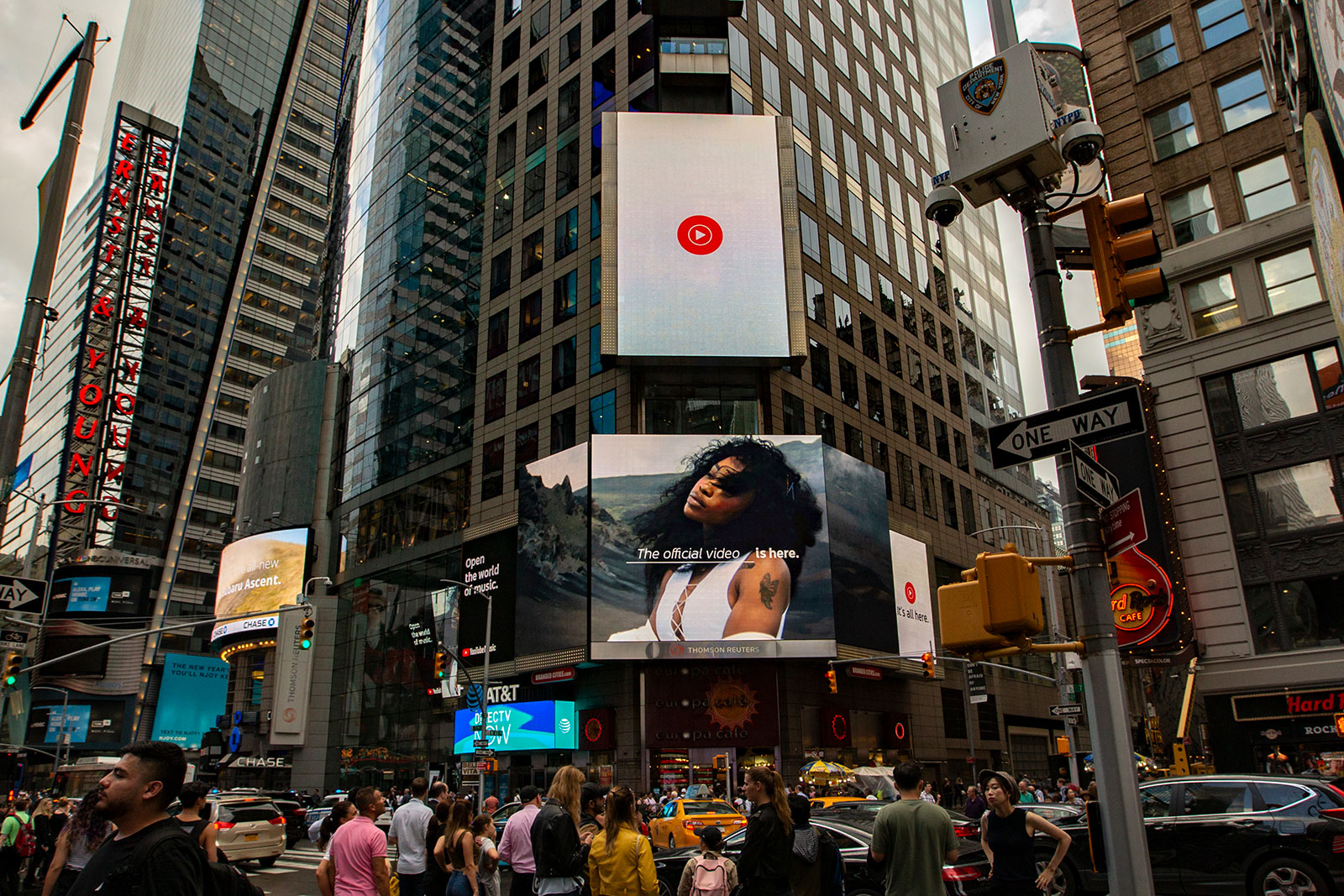 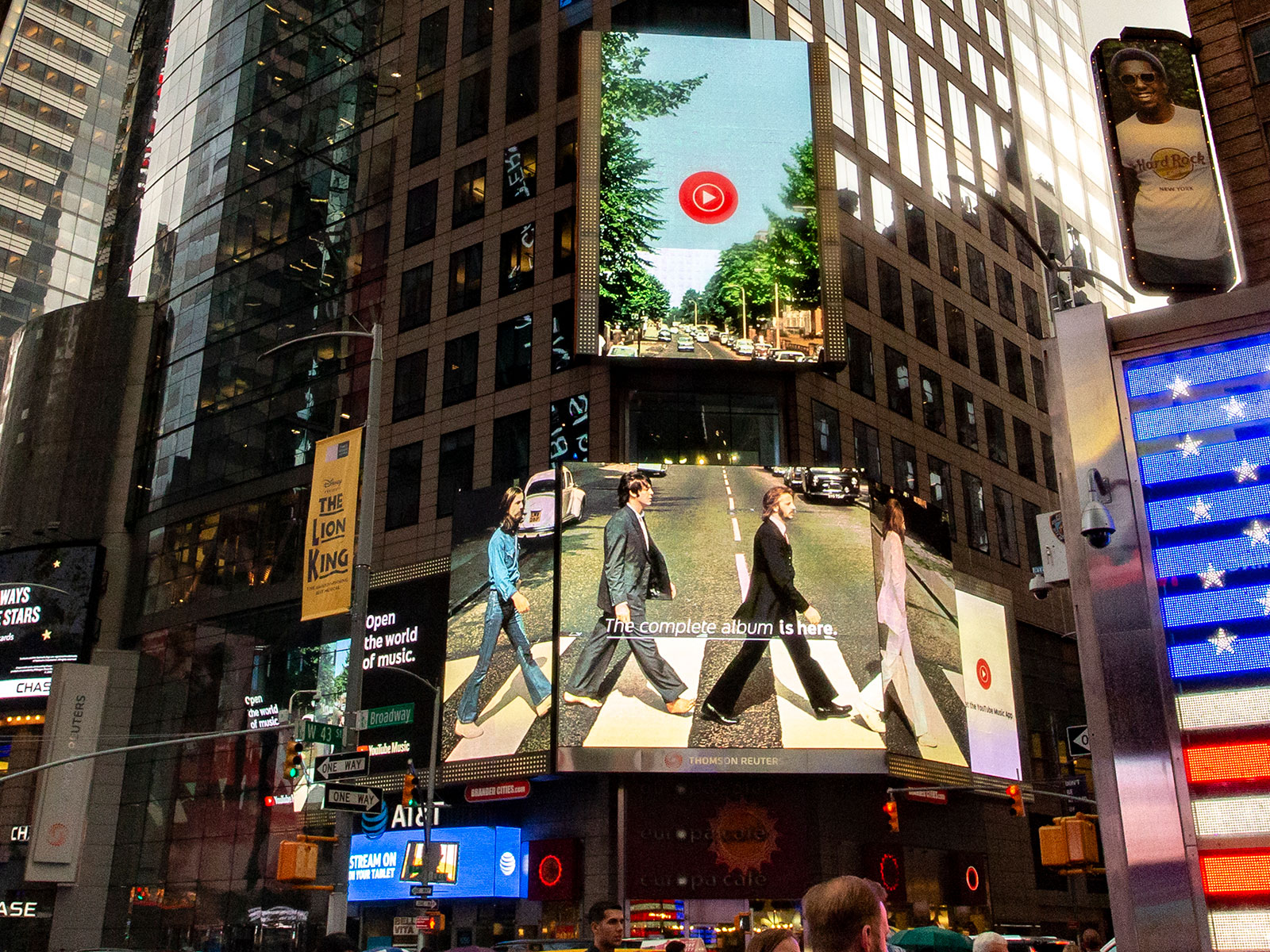 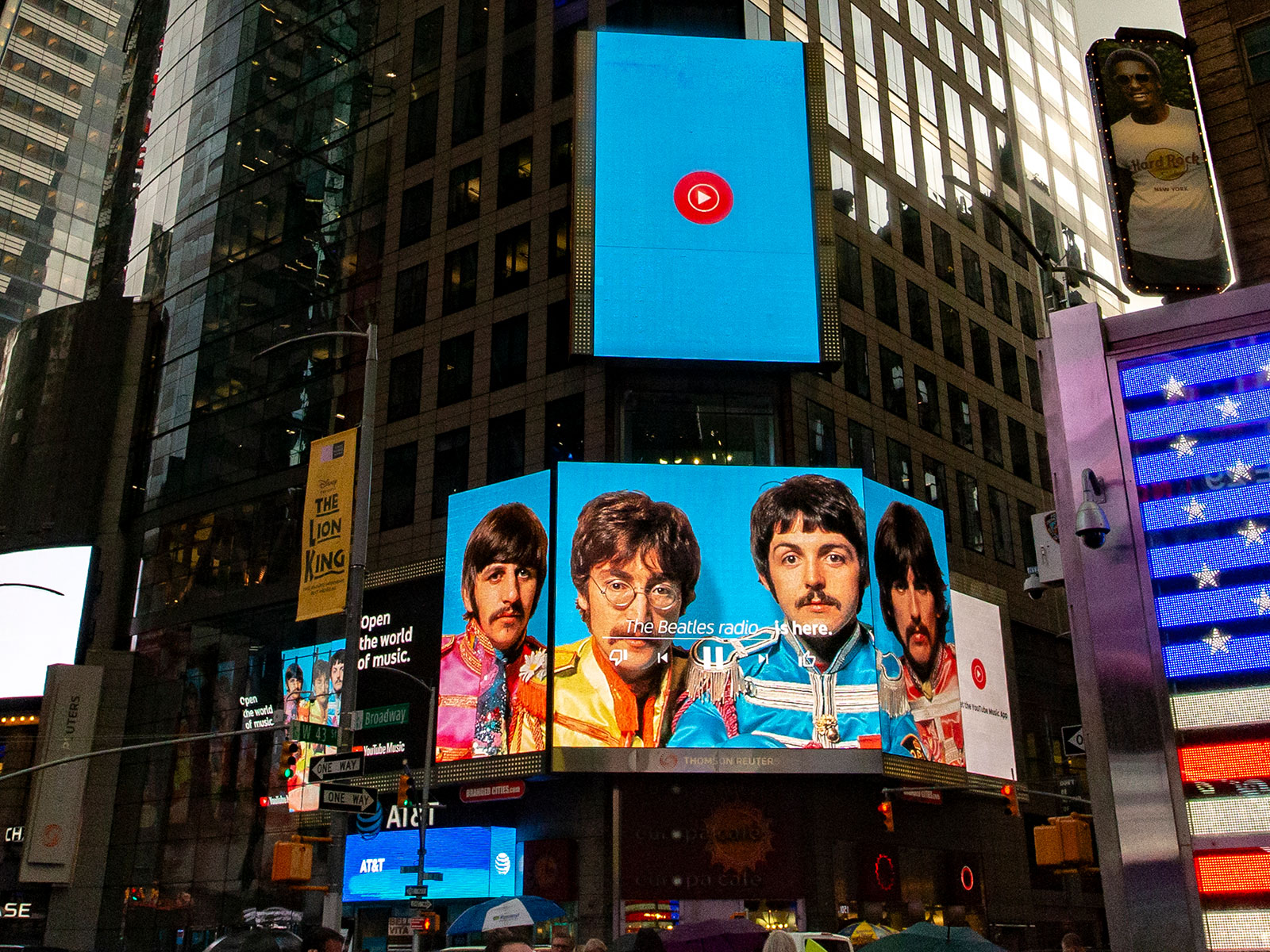 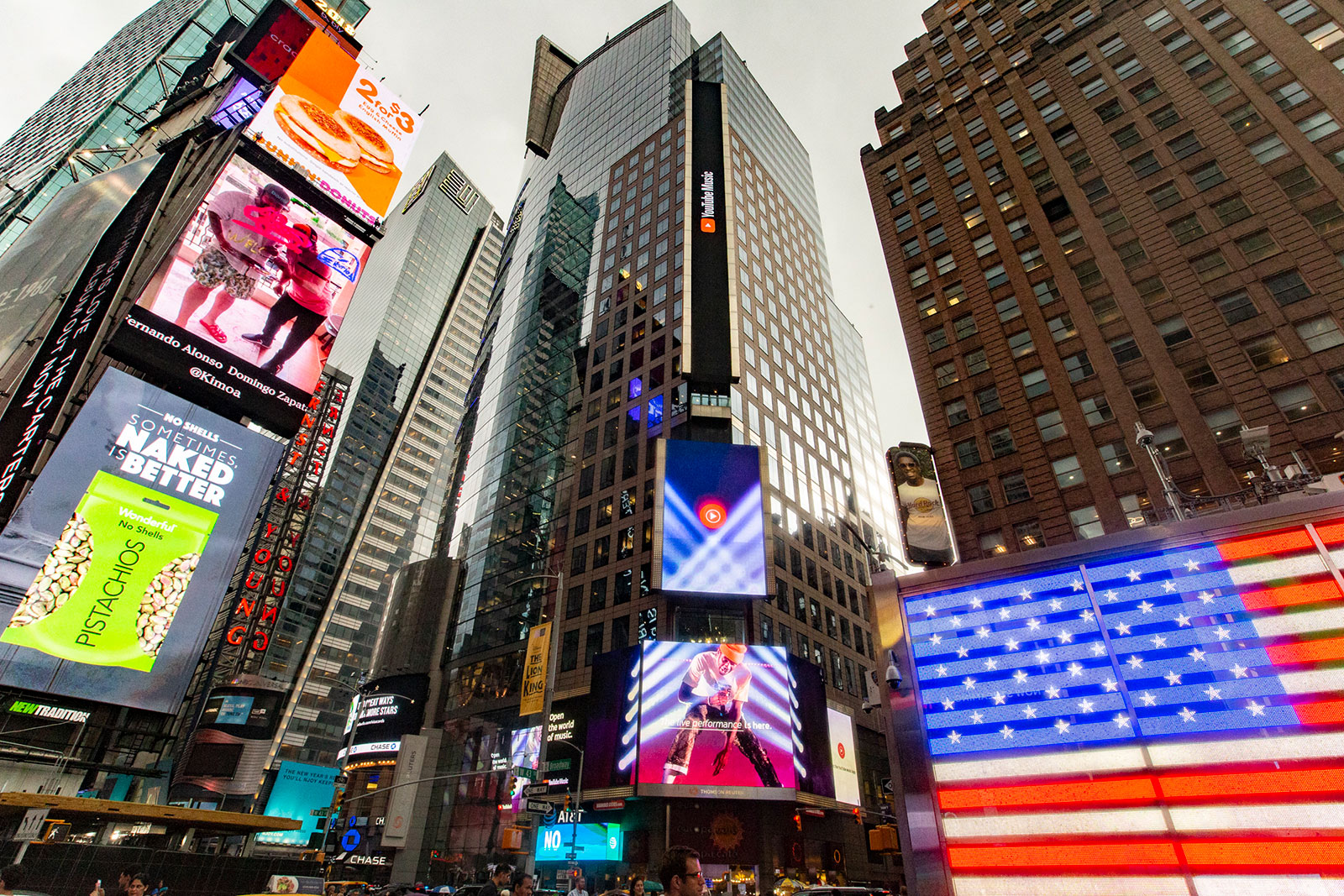 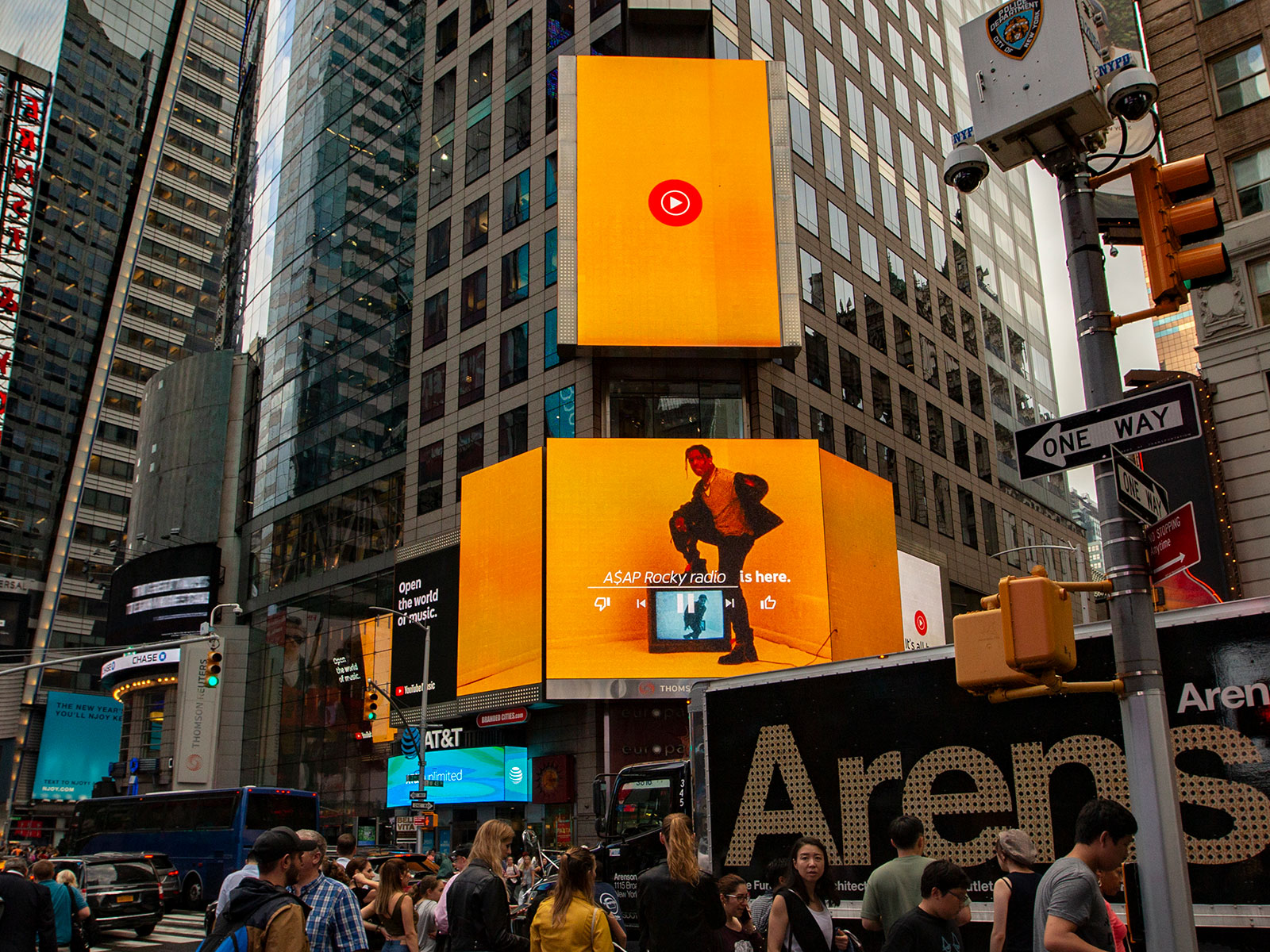 Following the seeding phase and the launch phase, the campaign will enter a third phase this fall, Valadez says—a "scale" phase, where the messaging will extend beyond the artists.

"We're going to look at everything from athletes to everyday consumers to a big spectrum of influencers, to look at what this world of music unlocks," says Valadez. "What does it really do for me? And what it does is it ultimately brings the possibilities to the forefront. So you're going to begin to see that come to life."