The Creative Soul of Quincy Jones

How the producing legend built inclusive worlds, from music to activism to philanthropy 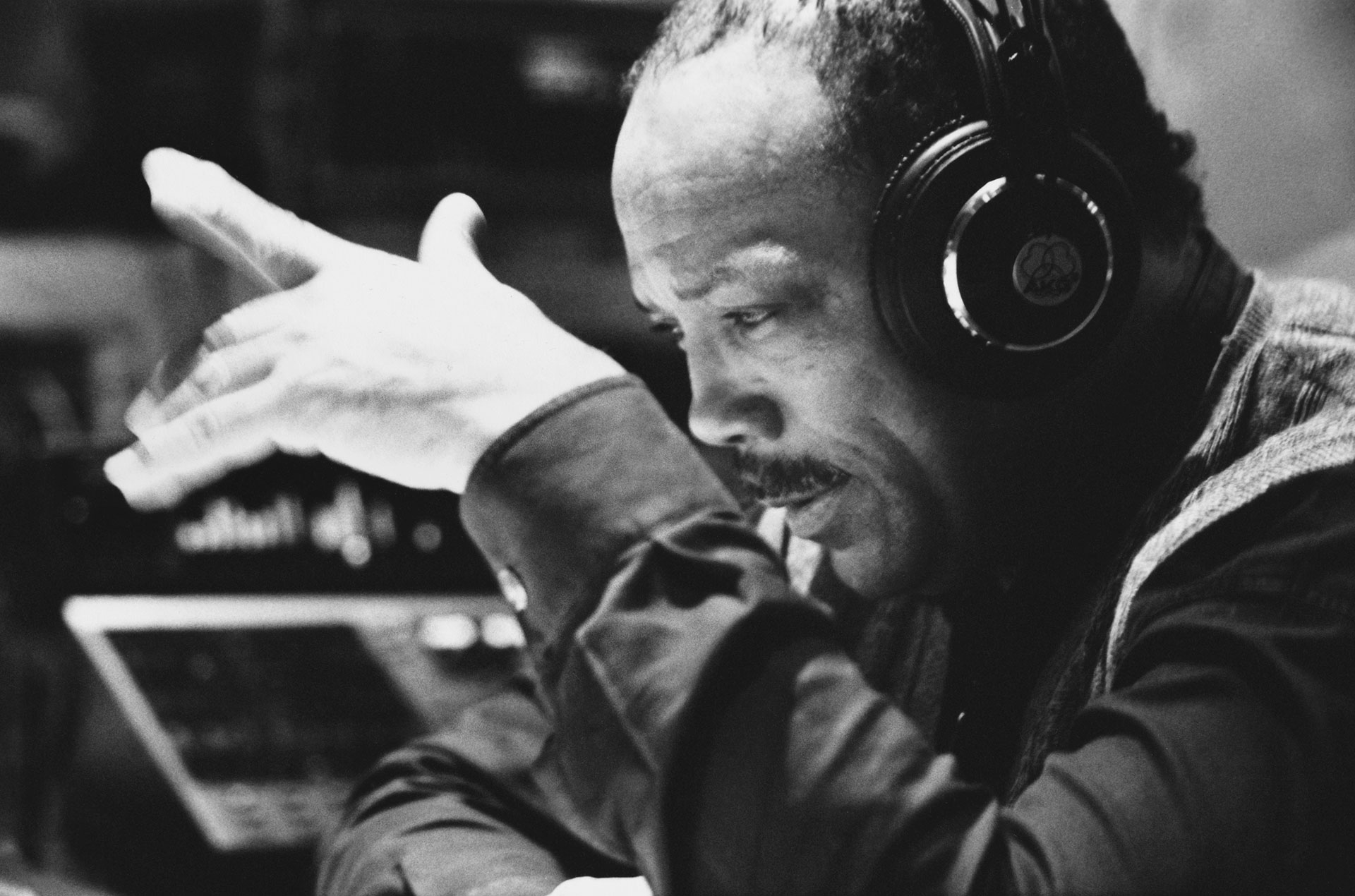 You may know Quincy, or "Q," the nickname Frank Sinatra gave him (yeah, let that sink in), as one of the most successful music producers of all time and/or one of the most decorated and legendary individuals in the music industry. While all of that is true, I've found two of his most important titles to be frequently, and unfortunately, omitted from the tabloids: philanthropist and activist.

As I hit my nearly seven-year mark of working for him, one of the most incredible qualities I've come to discover about this national treasure living among us is that his heart for humanity outpaces his desire for success. And if you know anything about Quincy's life, his success is usually not a secondary conversation. Quincy has been a symbol of hope for the Black community and beyond since he first started in the business over 70 years ago. And while much has been written about his achievements, my hope is that I can share a personal perspective about how his approach to music beautifully parallels who he is as a person/activist, and how he inspires others to do the same.

One of the first things Quincy told me when I began working at Quincy Jones Productions was that racism would've been over a long time ago if jazz musicians were in charge. It wasn't about skin color, it was about, "Can you play, sucka?" This simple yet profound statement immediately got me thinking, but before I could even finish my thought, he hit a home run by dropping another piece of wisdom he absorbed during his days volunteering with Operation PUSH: "The only time you should look down on someone is to help them up." He then proceeded to tell me how music has a unique ability to unite all different types of people and make them forget why they were even separated in the first place. (Yes, I can confirm that having a conversation with him is like having your own "vending machine of personal advice.")

These statements are so much more than just pieces of wisdom; rather, they accurately reflect the philosophy that permeates much of Quincy's work to this day. 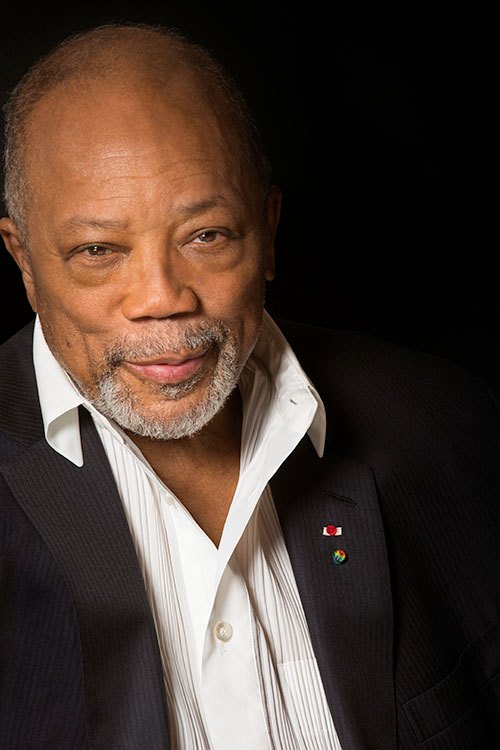 Allow me to elaborate. Among many essential duties, a producer's main job is to bring out the best in an artist and create conditions in which they can reach their full potential. Quincy will sometimes talk about how the simple act of setting a thermostat in the studio to a more comfortable setting, or adjusting harsh lighting, can help an artist feel less anxious when recording. He does everything in his power to ensure the artist is creating in the best possible environment, because he knows just how much an environment can help or hinder an individual's performance. He is always, and I mean always, astutely fixed on creating atmospheres that foster quality performance.

In the same way, Quincy recognizes just how much an individual's surroundings may affect their performance in life. He is no stranger to hazardous environments, growing up on the South Side of Chicago during the latter part of the Great Depression, or going to sleep hungry with no food to eat, or being denied the opportunity to score a film based upon the color of his skin. Not only has he had to step on the shards of glass left by various events of the past (and sometimes the present) that have tainted Black history, but he cares enough to clean up the broken glass that pierced his own feet, to ensure a less hazardous path for those who come after him. Environment is everything.

Quincy has relentlessly pursued philanthropy and activism through creating environments that the youth of tomorrow can succeed in. There are countless examples—creating Vibe magazine, so young Black kids could see themselves represented in media; establishing his formerly named Listen Up! Foundation to facilitate the "From South Central to South Africa" project with Nelson Mandela, in which he brought youth at risk of being recruited by L.A. gangs to South Africa to help build homes; convincing a TV station in New Orleans to run frequent stories about students who earned A grades because he wanted to "redefine in that community what it meant to be cool"; or putting on the "We Are the Future Global Humanitarian Concert" in 2004, which drew nearly half a million people to Rome's historic Circus Maximus. These efforts are of the utmost importance to him because he believes "these children are not the victims of natural disasters—but of mankind." Time and time again, Quincy proves to us that environment is everything.

He also often attests to how his creativity is informed by his experiences, and how, without delving into cultures outside of his own, he would only be able to create from his personal perspective. When thinking about "We Are the World" (one of the best-selling singles of all time and a charity vehicle that raised over $63 million for famine relief in Africa), he reflects that there would've been no way he could've produced it and led the initiative if he didn't truly immerse himself in what the world was actually going through. When he was studying music in Paris in the late '50s under the tutelage of the great Nadia Boulanger (the first woman to conduct many major orchestras throughout the U.S. and Europe, including the New York Philharmonic), she taught him that, "Your music can never be more or less than you are as a human being."

Quincy is a major proponent of getting rid of the "I, me, mine" mentality in order to start focusing on the "We, us, they." Whenever Quincy meets someone new, the very first words he greets them with are, "What are your roots?" It might just sound like an ice breaker, but I promise there is so much more depth to this question. Getting to understand the root of an individual's background is important because he asserts that "you've got to know where you come from in order to get where you want to go." Whether or not we can see it with the naked eye, what came before us has a way of shaping who we are today. Understanding where a person comes from and what makes them unique is a way for connection to take place on a deeper level.

In the same way, Quincy's creative process is all about understanding the roots of music. While composing the score for the 1977 hit TV show series Roots, he set out on a personal quest to "comprehend the complexities of the African American culture [and to] also understand how music contributed to the African cultural survival in the Americas." Quincy always talks about how kids need to be introduced to jazz, and most importantly, understand that all of our music springs from the same roots. "The pain of African Americans—who lost their homes, families, freedom, everything—has to go someplace," he has said. "The pain went to the bottom of their souls and came out as music. The blues is pain translated to joy." He talks about how the power of African music derives from polyrhythms, the call-and-response form, and the "significant tone" of the African source, because it all emanates from nature itself—the sounds of birds and crickets, thunder, and the pulse of the animals. In fact, he is so passionate about it that he is still working to this very day to bring music education to kids, most recently with an initiative to provide free Qwest TV—his SVOD platform dedicated to all things jazz and beyond—to all schools in the U.S.

His passion for people is an important driving force in every area of his life, and it has often pushed him into the position of being "the first" to occupy positions previously withheld from people of his skin color. He has mentioned how he dislikes being "the first Black man to" because it often means "the only Black man to." But in the same breath, he says it's a privilege to help pave the path for others who are bound to follow in his footsteps. He recognizes the importance of setting examples, because of the examples that older jazz cats set for him. From Duke Ellington to Basie to Ben Webster to the legendary stage of the Palomar Theatre, it was never about the color of your skin; it was simply about, "Can you play, sucka?"

It's apparent in this current climate that there is a significant disconnect between knowing a group of people and understanding what they are going through. And no one puts it better than Q: "It's time to either fight or unite, and I choose to unite." The example he has set with his actions and music continually inspires me to be a more artful activist, through my work as a Black, Mixed, creative businesswoman. In order to create honestly, I need to continue to understand myself and my history; and in order to create empathetically, I need to understand the roots of those I may not immediately connect with at a first glance.

Although I have not perfected this pursuit of understanding, I recognize it is part of an ongoing process of learning how to best contribute to the creation of environments that everyone can thrive in. So, with all of this said, there is only one thing left to say. I'm incredibly thankful for the sage advice of this "older jazz cat," although I'm sure he wouldn't be too thrilled with the word "older"! 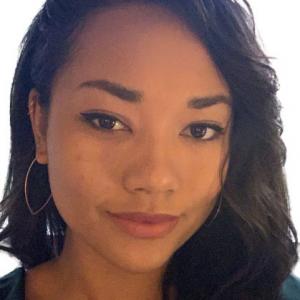