The Women's World Cup kicks off June 7 in France, with the U.S. looking to defend its title—and win its fourth overall—after thrashing Japan in the final four years ago.

A number of marketers and broadcasters have already released anthemic spots for the tournament. Notable efforts have included stirring spots from Nike and Fox Sports, which you can see here:

But now, the BBC in the U.K. has unveiled its own impressive commercial, which has music at the core. It's a 1:40 video featuring the south London rapper Ms Banks performing a reimagined version—with new lyrics—of Fort Minor's 2005 track "Remember the Name."

It was made in-house by BBC Creative, with Georgia Hudson of Park Pictures directing. It prominently features English and Scottish players, naturally, but the BBC says the spot actually shows all 264 players from the 24 qualifying countries. Impressive.

Ms Banks is a protégé of Nicki Minaj. The BBC says the reworked track was "developed, created and produced by women, and with women at the forefront." "Hats off to Ms Banks, who put pen to paper at 10 p.m. one night and didn't stop until 5 a.m. the next day," the BBC says.

There are lots of little easter egg for viewers. For example, at 0:10, Ada Hegerberg's jersey appears on a hanger. Considered the world's top female soccer player, the 23-year-old Hegerberg has chosen to sit out the World Cup to protest the way women's football and its players are treated in Norway. 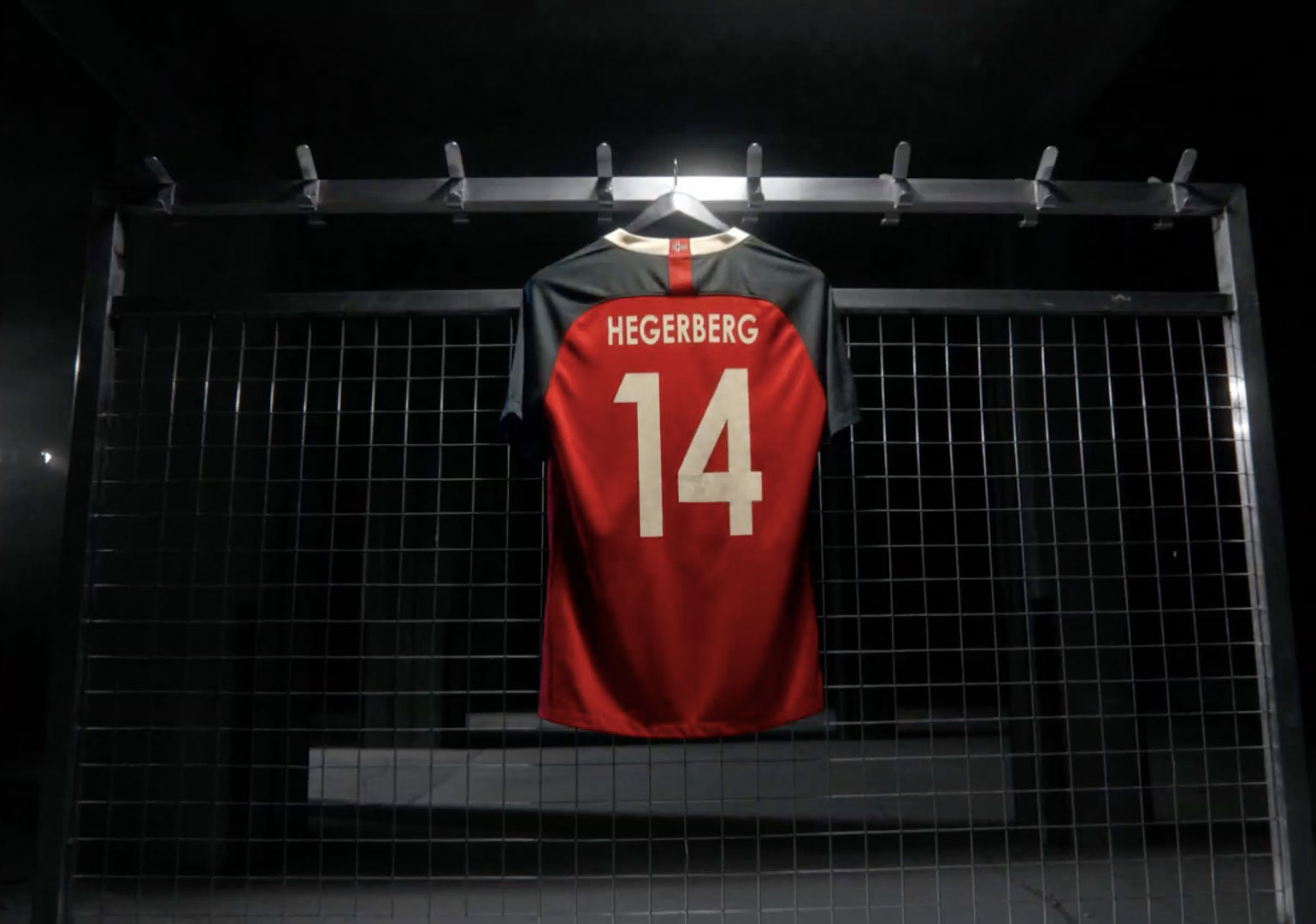 "Working in a male-dominated industry myself, I can understand and appreciate some of what it must be like for women in sport and so I felt very passionate and eager to get involved with the campaign," Ms Banks said in a statement. "Sport can unify people all over the world, so this summer especially, we have an opportunity to come together to support and empower these incredible women."

The larger campaign is themed "Change the Game," and the idea of transformation was certainly on the creatives' minds.

"Over the last few years we have seen advertising change, and it's more important than ever to create work that matters—that really moves people and makes them think," added Nathalie Gordon, creative lead at BBC Creative. "It's always special when you get to create a campaign that seeks to challenge the way people are perceived, with an organization who genuinely has 'change' at its heart."

Below are some more fun facts about the spot, as described by the BBC:

The word RISE bursting into flames is not only a nod to how female athletes choose to lift each other up, instead of focusing on their own individual advancement, but also a reference to a few other things too. In the leadup to the beginning of the World Cup, England continued to rise in the world rankings, positioning themselves as of the bookies' favourites to win. It's also a huge moment for Scotland, who have qualified for the tournament for the first ever time. RISE also alludes to the meteoric rise in popularity for the women's game as a whole, levelling the playing field once and for all.

The six balls you see Vivianne Madema from the Netherlands smash into the horizon were a reference to the six goals she needed at the time of filming to break her country's goal-scoring record. Since filming, she's already scored four of those six, so she now only needs two more—which is why you only see her kicking two in the ad! Clever editing that!

The little girl writing "Tough by name, Tough by nature" is a nod to Lucy Bronze, whose shirt the girl is wearing. Bronze's actual middle name is Tough, and so is her approach to playing world class football—who wouldn't want to aspire to that?

Steph Houghton not only shares her number with [England legend] Sir Bobby Moore, but she's also leading the England team into the World Cup as captain in the same way he did. Sir Bobby might have a statue at Wembley, Houghton does not (yet), and in this painting, Houghton is standing in the same pose as her male counterpart, as an ode to future statues in honour of amazing female footballers. Currently fewer than 1 percent of sporting statues in the UK are of named individual sportswomen.

"We will play in the World Cup" might sound like the dream of any child who's ever played with a football, but here it has another, deeper meaning. Writing on the chalkboard is a symbolic moment which celebrates "Banyana Banyana" [the nickname of the South African team] qualifying for the Women's World Cup for the first time in the country's history. And you could also say it's a wider reference to the overall persistence of all of these women, who continue to strive for an equal playing field in the beautiful game.

Not your regular running machine. What Nikita Parris is running on is a VO2 Machine which determines how much oxygen the body utilises during exercise. A "normal" woman of average fitness will score an average of 33 millilitres of oxygen for each kilogram of body weight. In contrast, elite football players like Parris have values far higher, often above 50 and even 60. The athleticism of these women truly is nothing to be sniffed at.

Last year, Brazilian superstar Marta Vieira da Silva, was named the best FIFA women's player for the sixth time in her professional career. This is the 14th time she has been among the elite and the 12th time she has been named in the top three. Marta won the award in 2006, '07, '08, '09 and '10, and her win in 2018 breaks the record for the number of times any player, male or female, has been awarded the honor. She also holds the record for the only player in history to win the FIFA World Player of the Year five times in a row. It's said that Marta is the most awarded football player, male or female. That said, one trophy has eluded her—the World Cup. Only time will tell on that one…