In March, Ryan Gill, CEO and co-founder of Communo, a creative platform based in Calgary that helps identify and coordinate resources for media and marketing projects, received an urgent request from a Hollywood A-lister.

John Krasinski, of Jack Ryan and The Office fame, wanted to host a YouTube show from his home. The show, dubbed Some Good News, would attempt to lift locked-down spirits with happy stories from around the globe and appearances by celebrities.

"John and his team were building out the show and realized they needed digital and social help," Gill tells Muse. "A friend of his told him about Communo. His company Sunday Night Productions joined and posted projects for SGN, and from there, our members [creative firms and freelancers] responded. They chose their team, and were off to the races in about three to six days."

SGN debuted March 29, and the rest, as they say, is history. Or at any rate, the biggest media triumph born of the pandemic.

Krasinski's former Office co-star Steve Carrell appeared in the series, as did Robert de Niro, Chance the Rapper, Billie Eilish, Oprah Winfrey and actress Emily Blunt (who is also Krasinski's wife). In one memorable segment, the cast of Hamilton, including its composer Lin-Manuel Miranda, remotely serenaded a 9-year-old superfan who was unable to see the show because of the outbreak.

So far, over the course of eight episodes, each lasting about 20 minutes, SGN has garnered 142 million views, with impressions topping 1 billion. Nearly 5 million folks either followed the show or subscribed, with its 8.6 million likes outpacing negative responses by a ridiculous 99 to 1 ratio.

On May 21, ViacomCBS acquired the property from Krasinski following reports of a "massive bidding war." Some fans branded the actor a sellout, but he insisted hosting installments from home "just wasn't sustainable." Though SGN will continue, format changes are expected, with Krasinski no longer serving as host.

Below, in a conversation edited for clarity, Gill and Josh Senior, founder/CEO of Senior Post and Leroi, reveal how SGN came together and discuss its possible evolution. 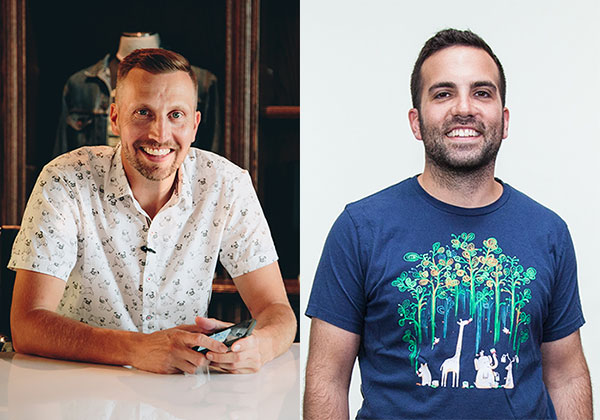 Ryan Gill: Communo is a network of professional agencies and freelancers in the marketing and creative industry that share opportunities and hire talent on a project basis. We also have a division that helps brands identify possible solutions and connect with the most compatible talent. Since all members have agreed to the same terms and vetting process, we have a trusted and vetted workforce. Agencies have had access to our self-service model for years. We began testing our direct brand relationships in February and will roll it out nationwide in July.

Before SGN, what were your highest-profile projects?

Gill: My favorite example is a designer from a small town in Canada who put together an all-star cast of creative and marketing talent to conceive and execute all of the brand communications for the Canada Games 2019. As a solo designer, she beat out some of the best agencies in the world and the client chose her because of Communo's operating model, not in spite of it.

Gill: It would have taken weeks of discussion and planning for them to mobilize the resources to begin working. Companies like that are not known for being nimble. And then add a global pandemic that forces them to abandon the office central to their operations, and you have a bigger logistical nightmare. One could have also called each vendor separately—if you knew the best ones, and could ensure they had the chemistry to all work together. We have the vetted talent in one place, and we were able to efficiently bring partners onto the project.

Gill: The pandemic actually made it easier. Communo members are comfortable working remotely and partnering with folks around the world. Additionally, everyone was stuck at home, and their social lives, business travel and events no longer existed. So we had quick access to everyone.

Josh Senior: Almost everything about this situation was different from a usual project. The primary challenge was smart scaling. [Luckily] we could still leverage some of the post house's tech and workflow via remote access. As SGN became more of a week-long lift, we had to add to the team quickly. Oftentimes the things that seem simple get overcomplicated with process. We fought that notion hard. The solution ended up being very personal. Yes, we created documentation, and provided a clean and organized way to share and manage assets and feedback. But the key to the success of our scaling was specific human interaction. Each person who came on board participated in a candid phone call with one of our EPs—either myself or Evan Wolf Buxbaum—and our lead editor Joanna Naugle. We were able to quickly get new folks up to speed and lay out how to use the resources.

Senior: John would share assets with us in pieces throughout the week. We'd primarily use Dropbox, but pickup shots and additional footage were often delivered via iMessage. We'd work from an outline to structure the show and the individual segments. It worked best when we broke the show up into "the news" and then whatever the "event" was that week. In the case of Hamilton, we had two full-cast rehearsal Zooms, each of their self-taped individual performances, and then the main Zoom with [superfan] Aubrey to frame the performance. Careful attention was paid to the sound mix, as we needed to layer in the vocals with the full song instrumental. Most of the invisible technical work was done in rebuilding the Zooms to move people around and focus on the entire group.

How long did it take from inception to the first episode?

Gill: From the time we got called and started finding talent, up until uploading the first episode, it was about a week. We thought it was going to be a success and people would love it, but you never know how the internet is going to react on any given day. We had a small team to get the first episode out and launch some social channels, but we were prepared to scale the team in 24 hours if it took off.

Which, of course, it did. Were you surprised at its instant, immense popularity?

Senior: Some Good News went over so big because it was produced and packaged to emphasize authenticity. Nothing felt "put together," and we never abandoned the lo-fi and homemade aesthetic, even with 15-20 people working on a given episode. The look and feel of the video material, matched with the cadence and pacing of the edit, was all designed to get out of its own way, so the stories themselves would be as accessible as possible. Often, we talk about what we want people to take away from what we create. Here, there was not any other agenda than happiness. Programming SGN against the irony and politics we see in other news-based programs made it different, and that helped us find an audience.

What was your reaction when he sold the series to CBS?

Gill: John has other projects and shows in production that will be resuming, and he would not be able to continue to write, produce and host SGN. However, he really wanted to keep the show going with new people since it had such a loving fanbase, and it seems CBS wanted to help make that happen. I understand the fans' initial reactions based on limited information. The SGN social handles are still producing content and will continue to do so. Communo will not be involved in the CBS show, but we'll be lifelong fans and feel honored we had a chance to help.

What does the experience teach us about agency models and marketing creativity?

Senior: Bring the right tools to the job. This would have looked great shot on higher-end cameras, and that was possible but not necessary. That investment went into cultivating a community and audience because that's what this job needed. Small teams that work well together can build on their expertise to create something faster and smarter than a large agency ever could. Making people happy goes a long way.

Gill: Success comes through the ability to source the necessary skills to rapidly prototype and test new ideas and bring them to a level of desirable quality quickly, rather than spending months perfecting an idea before releasing it. Fire-ready-aim is preferred over ready-aim-fire. Once the team is built, you can move to perfection as you go.