Zach Zimmerman on The Weeknd, 'Folklore,' and Artists and Brands Connecting on a Deeper Level

ZTZ Entertainment's founder also runs down his own recent projects 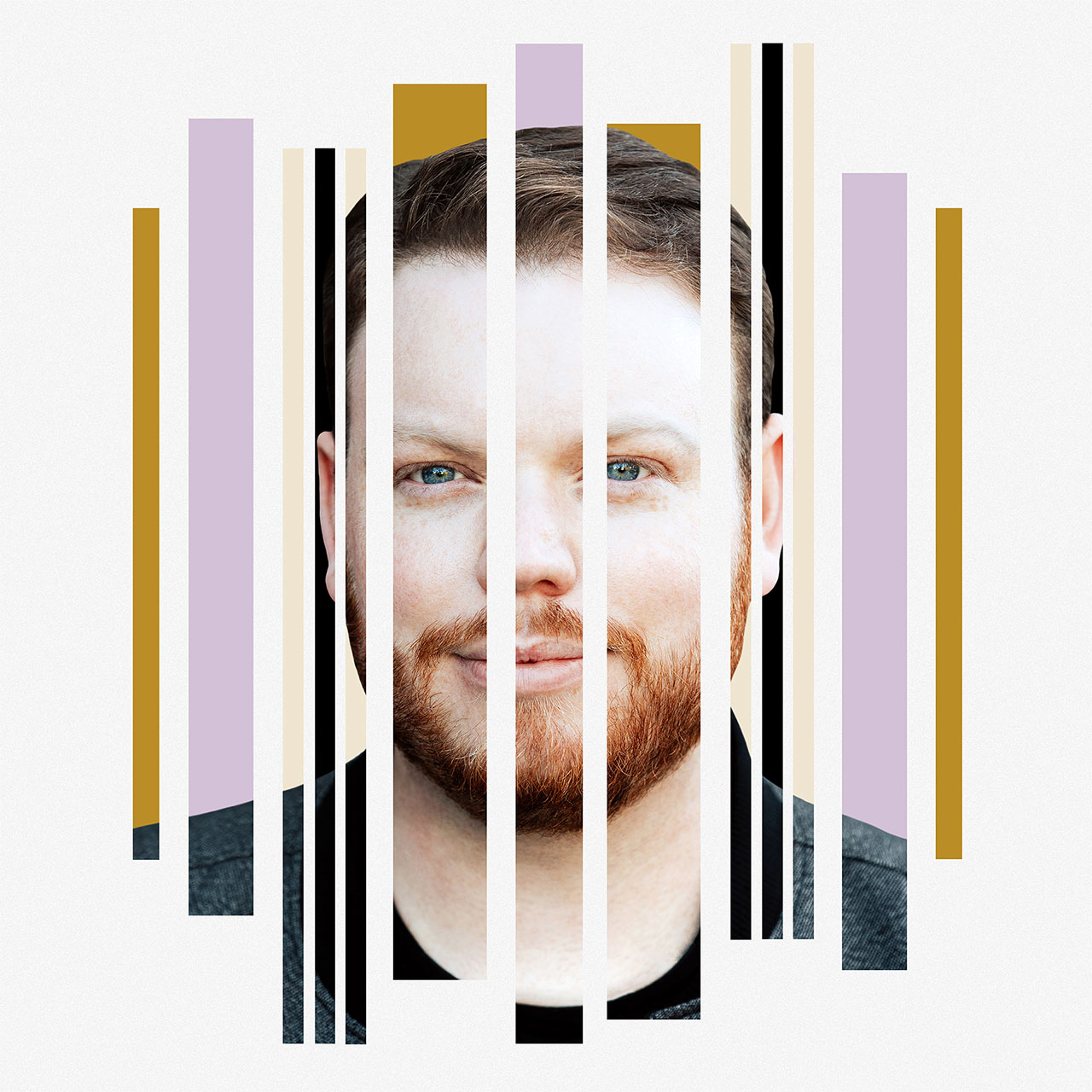 Zach Zimmerman is founder of ZTZ Entertainment, and the former head of music and entertainment partnerships at Uber—where in 2018 he was honored on Billboard's Branding Power Players list.

California born and raised, Zach graduated from Loyola University Chicago in 2013. An avid golfer and self-proclaimed audiophile, Zach enjoys traveling and socializing at concerts and music festivals. In quarantine, Zach is spending time building his management practice, learning new recipes, and slowly but surely making his way through How Music Works by David Byrne of Talking Heads.

We caught up with Zach for our Liner Notes series to learn more about his musical tastes and journey, as well as recent work he's proud of and admired.

I grew up in Woodside, California, a small town sandwiched directly between San Francisco and San Jose. I'm currently in Healdsburg, California, but am Los Angeles based.

My dad is a huge music fan, and from an early age I remember riding in the back of his car listening to artists that ranged from Blondie to The 5th Dimension to The Rolling Stones. I also remember how much he loves the song "San Francisco" by Scott McKenzie—that song was always on a CD in the car. Admittedly, he did fall into a Nickelback phase for a brief moment in time, but we still love him.

My first concert that I can remember going to was in 2007. Blue October was headlining the San Mateo County Fair. My older sister was going to concerts well before I was. I remember being extremely jealous that her first concert was Christina Aguilera and Justin Timberlake's Stripped/Justified Tour in 2003. I went to high school down the street from Shoreline Amphitheatre, and going to shows there on Friday/Saturday night became the thing to do. It didn't even matter who was playing—you met friends in the gravel parking lot, walked your way up the steep grass lawn, and listened to a few songs while catching up on the gossip of the week. It was the best.

I hate this question and love this question! My favorites are sometimes different from who I listen to regularly—music is temporal and specific to moments in time and context. That's the beauty of it. I'll name three that immediately come to mind, though.

The Decemberists create some of the most richly detailed, enchanting and cinematic music in the world. Many parts thanks to Colin Meloy and his velvety crooning, but when the ensemble is all together, it's magic.

Kaskade's album Love Mysterious is one of the most important albums in my life. His earlier works have near unrivaled sound design, lyricism, and evoke a specific aura that was incredibly unique in the dance music world at that time. Kaskade will continue to be an artist I listen to for the rest of my life.

The Weeknd is one of the most prolific artists in history, and his body of work is deeply captivating. It's rare for an artist to have undeniable, classic hits on each project, and The Weeknd exceeds that near-impossible expectation many times over. I'm proudly in the top 1 percent of his listeners on Spotify since 2014. I've recently become even more impressed by The Weeknd because of his timely, significant charitable contributions to coronavirus relief, the Black Lives Matter movement, and relief efforts in Lebanon after the Beirut explosion.

One of the best parts of being a manager is that I now get sent demos and music that's unreleased. I love clicking a Dropbox or SoundCloud link and seeing what happens next. Beyond being sent music directly, I tune in to various SiriusXM shows—like CID's Night Service Only Radio—dive deep into the never-ending web of playlists across DSPs, and oftentimes I find myself going back to albums and music that I know and love to inspire and reference as we A&R a project, or if I need something I know is perfect for the mood or moment I'm in.

Music festivals. Yes, seeing an intimate show in an underground techno club or a 125 cap room with a small stage is incredible, but nothing beats the energy of the crowds, the thundering sound systems when you get up close, and the culture that each festival creates by way of the location, fans attending, and artists performing. Outside of the majors, one of my favorites is CRSSD in San Diego. Named after its promoter, the festival hosts some of the world's most-coveted artists across many subgenres of electronic music. Beyond the cutting-edge lineups, CRSSD has an incredibly simple yet effective layout that makes the fan experience easy and comfortable. The venue itself, Waterfront Park, also graces partiers with beautiful scenery all day and gorgeous sunsets as headliners take the stage in the evening.

I don't think I can pick just one, but fun fact—I first learned about music videos when I was 9 years old. It was the year 2000 when I saw a behind-the-scenes documentary on MTV with Britney Spears for the music video for "Lucky," and subsequently the video itself. Three of my countless favorites: XXYYXX "About You," Rosalia "Malamente" and Childish Gambino "This Is America."

I'm not a huge podcast guy, but Bob Lefsetz's recent podcast with Marc Geiger was incredible. Can't remember the last time I've learned so much in 90 minutes. There are a ton of music documentaries out there that I loved—the TV docuseries Laurel Canyon, The Defiant Ones, It Might Get Loud and Leave the World Behind are a few examples.

The last few months saw each of my clients make significant moves on their artist trajectories—everything you'll read below took hundreds of hours, blood, sweat and tears to make happen, and I couldn't be prouder of each of them for working extremely hard through crazy adversity—filming during a pandemic, wildfires, unforeseen delays, et al—to bring their visions to life.

My producer/DJ client Rocket Pengwin is an acclaimed visual artist who recently released his debut EP, Planet Earth, and as a part of the campaign we filmed a concert experience on top of world-famous One Times Square in New York City—the building where the ball drops on New Year's Eve. This is the first time in history that any recording artist has performed a live show on the building. The premiere will take place in early October on Ultra Records' YouTube page, which has nearly 25 million subscribers.

My singer-songwriter client Chloe Gilligan released her biggest single to date, "Go," this past Friday. Chloe hosted an exclusive Zoom pre-release party with fans on the 22nd, where 30 lucky fans were selected to join her from hundreds of contest entries. Chloe is also launching a content campaign with Bon Viv, joining the likes of Priyanka Chopra Jonas as one of the brand's ambassadors. "Go" will launch with a big music video directed by the legendary Louis Browne this week on the 29th, and Chloe will be taking over BMI's Instagram that same day.

And last but not least, my producer/executive client David Dann has some huge news coming shortly that I'm super excited about.

Taylor. Swift. Folklore is a stunner—it's the whimsical, stay-at-home-and-think-about-your-ex, joyous and sorrowful album that big fans of hers (myself included) have been waiting for. Dropping an album out of thin air is no longer unique, but for Swift it was a seismic shift in her approach to releasing a new project. Developing such a robust merchandise offering, enticing fans with a bonus track available only on hard copies of the album, and then re-releasing of songs in specific "chapters" are some of the many genius tactics attributing to its commercial success. It's refreshing to see a project like Folklore perform so well, when the last year or so has seen songs created for apps dominating the charts. I have immense respect for the teams at 13, Republic Records and Taylor Swift herself for delivering such a remarkable album and campaign.

Brands are not just bags of money. They can be strategic partners in ways you could never imagine. Their audience and reach can be massive, and getting access to that is a valuable resource reserved for very few. Be collaborative, be true to yourself and your personal brand, and build with brands you really care about. A perfect example—Post Malone and Bud Light. Dre London (Post's manager), Shana Barry (head of music and entertainment at Anheuser-Busch), and Kerri Mackar (svp of brand partnerships at Republic Records) cultivated and and built that partnership on the foundation of Post being a true fan, and they started small and now have done Super Bowl commercials and global campaigns together.

Artists are not a commodity—they are human beings, and as a brand you need to operate with the mindset that you are in the human beings business. Not finance, not tech, not beauty, etc. Be strategic about who you work with and why—you can't treat working with artists as if you're going to the grocery store and picking a box of cereal from the hundreds in the aisle. It's counterproductive to work with anyone and everyone as a brand, and building a cohesive brand narrative via artists requires doing the research and setting clear goals.

Whether you're having the greatest day of your life, your world seems to be ending, you're watching a first dance at a wedding, you're seeing your child receive their diploma, you're standing in line at the grocery store, or you're waiting for a sporting event to begin—music is there. It's the only art form that is so ubiquitous and impactful in nearly every moment in time in our lives. In a more timely and tangible example, think about what we witnessed in May this year—music from luminary artists like Run The Jewels delivered solace and motivation to so many in a time in our country's history that couldn't be more divisive. Music is the most immediately impactful form of art in existence—it is a time capsule as much as it serves as critical commentary in the heat of a moment, good or bad.

If I were to rewind the clock 25 years, I'd focus on becoming a professional golfer. If I hadn't worked at Uber, I likely would have pursued a career in commercial real estate on the retail side. All that said, I've always romanticized the idea of being a bartender on a beach somewhere. Greece or Hawaii, maybe. That sounds nice.