Man Made Music's Amy Crawford on Toulouse, Verzuz and Fighting Racism in the Music Industry 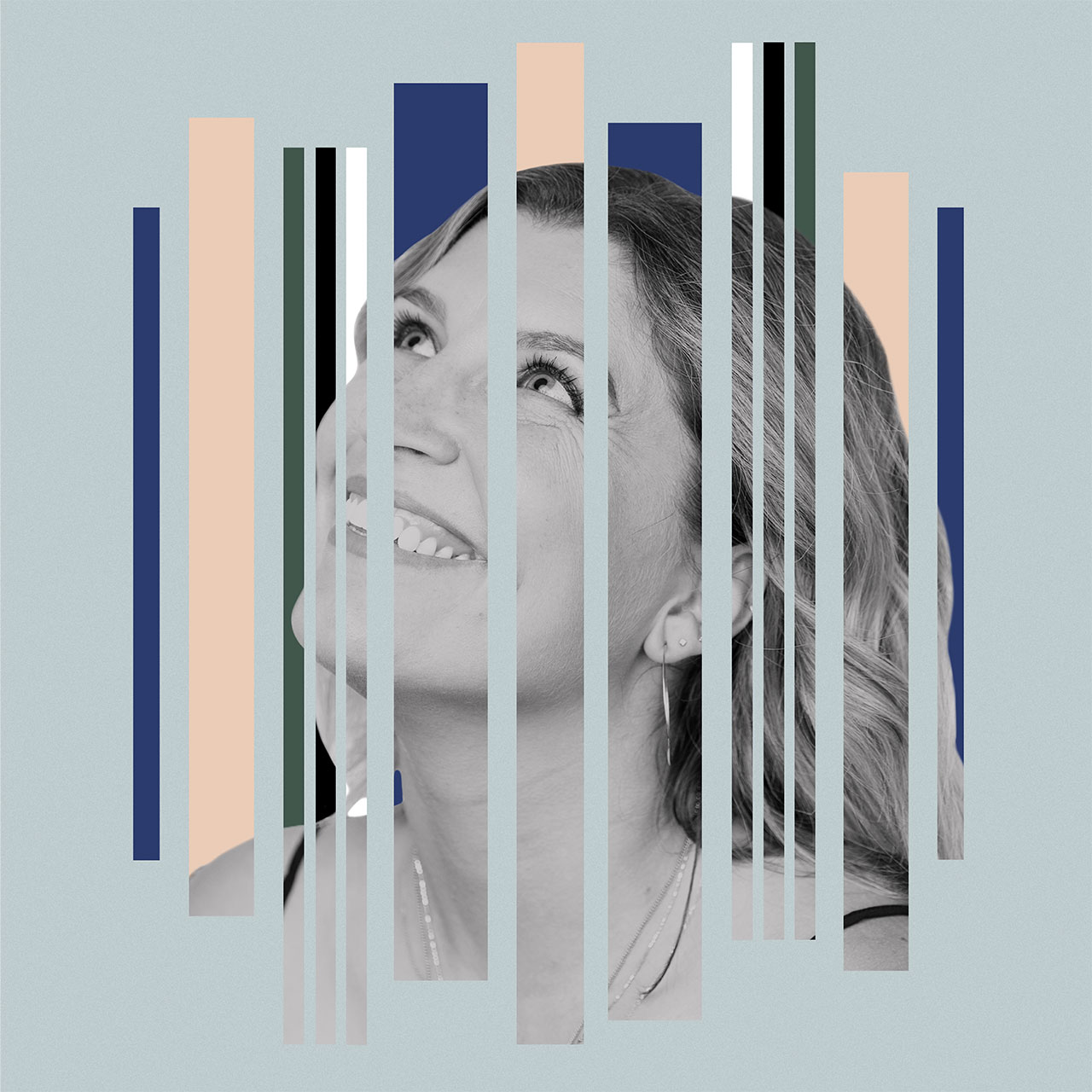 Amy Crawford is vp, executive music producer and director of artist relations at Man Made Music. She has creative directed and/or created music and sound for global brand and entertainment clients including Disney, HBO, ESPN, Citi, AT&T, Hulu and Viacom brands including Paramount Network and CMT.

Her musical origins began with studies in jazz improvisation and composition before moving to New York City and diving headfirst into the downtown/avant-garde scene, the pop songwriting world, road life with rock bands, and eventually discovering the world of music composition/production for media and experiences.

Amy has toured and performed internationally at a wide range of music festivals and venues. Prior to joining Man Made Music, Amy was a solo artist opening for a diverse array of talent from Grammy Award winners the Zac Brown Band to the rapper Wale; toured as the keyboardist/vocalist for legendary tropicália band Os Mutantes; and has maintained a long-standing professional relationship with the MacArthur "Genius" composer Anthony Braxton, helping him to realize his most ambitious works both live and in the studio.

We caught up with Amy for our Liner Notes series to learn more about her musical tastes and journey through the years, as well as recent work she's proud of and admired.

I'm a California '80s baby. I grew up in a small town on the Central Coast and spent a lot of time getting lost on the woods or at the beach with friends and complaining about how boring it all was (youth is truly wasted on the young). Now I live in New York City with my husband, who is also a musician, and our 8-month old son.

My first ambitions as a composer emerged around the age of 4 or 5 when I would run the "demo" mode on my Casio keyboard in my bedroom and mime along, imagining I was the featured entertainment at a birthday party for the Teenage Mutant Ninja Turtles. This recurring play fantasy always cumulated in one of the turtles realizing I was faking it, and I'd get fired. And then dramatically cry. Alone. It was my very own Milli Vanilli moment.

I was fortunate to hear a lot of music growing up, primarily jazz and classical music. I didn't grow up in an area that had much in the way of rock clubs or concert venues. So I consider my first "pop" concert experience to be driving to the Bay Area with my high school boyfriend for the Bridge School Benefit Concert, which was an amazing annual concert and fundraiser organized by Neil and Pegi Young to benefit The Bridge School. I got to see CSNY reunite and my heart exploded. Can you tell my musical tastes were a bit anachronistic?

Jon Brion and Beck for their ability to shape-shift from project to project, their eclecticism and their openness to collaboration. And easily my favorite emerging artist currently is Toulouse—totally a genius and his records stay fresh in my ears. Classic as well as futurist. Go look him up!

Having a baby in the house, I'm singing and making up silly songs more than ever. My husband and I essentially improvise a kind of musical theater dialogue to communicate throughout the day. It's terrible but also somewhat cathartic as we navigate life in our apartment. Otherwise, social has been a big place for picking up on new music. My favorite new artist I recently happened upon that way is Jensen McRae—her song "Wolves" stopped me in my tracks. What a pen and what a voice.

I think my favorites of the last few years have been at Forest Hills Stadium. Alabama Shakes and David Byrne stand out as highlights. So many of the venues in NYC that I haunted when I first moved here have changed over or closed. But I have all the hope for what live music will be like here in the coming years. As far as I am concerned, NYC is the capital when it comes to live music. We have to find a way to support independent venues through this crisis. Also, I love showcases at Man Made Music! Creating the "In The Studio With" series a couple of years ago is one of my favorite things I've done with the team. We've hosted artists from Kimbra to Valerie June to Bayonne.

I've probably viewed Avenue Beat's "F2020" video on TikTok the most of anything lately.

This is an easy one. "And the Writer Is…" hosted by Ross Golan. Music-focused TV or film is also my guilty pleasure for unwinding. You name it, I've likely watched it.

One of the biggest questions I'm turning over in my mind on a daily basis is how to address systemic racism in the music industry. Particularly how racism impacts the composer community, which is dominated by white and male music creators. How can we bring awareness to and ultimately disrupt the biases, both conscious and unconscious, that might impact how a brand leverages or expresses itself with music? How do we advocate for getting some new people in the room to influence and shape the work? I want to facilitate a more direct conversation with our clients around what it means to serve all audiences with music.

I've been most impressed by the rise of Verzuz. At the beginning of the pandemic, I asked my team what innovations might occur in music as artists adapt their careers in the absence of live events and other public opportunities. Perhaps that seemed like a cynical question at the time, but it's an important one. Where are those opportunities for musicians to lead? Because in challenging times, musicians—particularly Black musicians—are always there at the forefront leading. For Timbaland and Swizz Beats to tap into the zeitgeist in a way that brings people together, it dimensionalizes the artist/fan relationship in a new way and spurs artists' older catalog back onto the streaming charts, and I find that pretty brilliant.

Two things I say to any young musician interested in what I do for a living: 1) Go away and do something else! Go play gigs! Go tour! Go make some records! Learn how to collaborate! Then come back to me with your experiences having been enriched with euphoria and failure, and having gained perspective on what your purpose is as an artist. 2) That for most artists, diversification of opportunities is key to financial survival. I fell into my line of work because I was looking for a place I could work a few hours and get keys to use the studio on off-hours. Stay curious and entrepreneurial about how you can build a sustainable career. Brands can be one piece of that pie.

I think any brand needs a music producer or creative liaison to help create work with musicians or artists in order to ensure that that work will be meaningful and have a shot at longevity. These are two very different worlds, and I often wonder how many deals have fallen apart before the work ever saw the light of day because there wasn't someone at the table who could bridge the gaps, find mutual benefit, and foster a positive and highly inspired creative collaboration. As a positive example, I'm really proud of the work we brought to life with Tyler Bates for the PGA Tour's FedExCup Championship last summer. We were able to come together in the studio and build off each other's musical ideas to create a sound for the Championship that really brought the Hollywood blockbuster concept that the Tour was envisioning to life. There was no one better to work on that than Tyler, and our goal was to make the collaboration mutually inspiring—setting that tone and working throughout to foster a welcoming creative environment is so necessary for any artist/brand collaboration.

For me personally, there is no other discipline in which I can fall down the rabbit hole and feel, a decade into my professional career as a musician and composer, like I've just scratched the surface. Music has also certainly broken my heart, broken my spirit, but I'm still here. I'm still obsessed.

Growing up and through most of college I wanted to pursue work within the field of environmental justice. When it was clear that music wasn't something I could just keep on the side, my first several working opportunities in NYC were within arts education and nonprofit performing arts administration. I still keep a toe in that arena. Maybe I'll dive back in fully eventually. Advocating for access to the arts and bringing greater visibility to underrepresented musicians and artists will always be a part of my life's work.