What I Learned About Myself by Taking All 110 Skills Assessments on Indeed.com

A friend of mine, and a fairly accomplished copywriter in his own right, conveys to those wishing to become great ad folk that they should first go and do something(s) other than advertising. His position is, "How are you going to be able to communicate to the average Jane if you haven't worked a mile in her worn, white canvas sneaks?" But we'll come back to that in a bit.

Like a lot of others during this Covid-19 moment, I'm feeling a little under-employed and with some extra time on my washed, sanitized and totally parched hands. So I've been updating profiles and thinking about alternative ways to write "media agnostic." I also remembered some pretty good TV and radio work out there touting Indeed.com's online skills tests for employers to screen candidates, while giving job seekers a way to highlight their competencies in a cornucopia of different vocations.

So, I went and took one of their assessments.

The site first recommended that I try my knowledge in Marketing. And since it was either that or read another post on how to survive #WFH, I took the road less blogged about.

As I got into it, I have to say it was eerily similar to the "Joke is to humor, as kumquat is to _______" SAT college admissions test format back in high school. (The answer's trapezoid, right?) The major difference is, rather than sitting in a classroom full of sweaty-palmed teenagers trying to grasp No. 2 pencils, I was in my home office, fighting the urge to scream "Daddy's trying to think!" at my 20-month-old boy in the other room who had just rediscovered his tambourine.

About 10 minutes of timed questions later, I reached the end of the quiz and achieved a score of "Highly Proficient."

"Well, that seems pretty good," I told myself. And the dopamine-infused rush of accomplishment was certainly better than the feeling of not hearing back from any freelance clients over the last few weeks. But here's the trick. They don't let you know which questions you got wrong. And you're not able to retake the quiz for another six months.

Alas, I kind of liked that fleeting feeling of success, and the kid was now off having a nap, so I thought I'd try another. I gave Design Skills a whirl and scored another "Highly Proficient." Pretty sure I missed that "complementary colors" question.

As far as results, you can get one of five grades; "Completed," the lowest score, up to "Expert," the highest. In the middle are "Familiar," "Proficient" and "Highly Proficient." For the Proofreading test, I'm guessing I got "Proficient' due to my total ignorance about the implementation of semi-colons. Possibly evidenced by my misuse of one earlier in this paragraph.

I was slowly getting lured into a multiple-choice rabbit hole. Next thing I knew, I'd taken about 10 assessments, rating my skills in different areas from Social Media to Bartending—some actually being rather difficult and bringing back that recurring nightmare of walking into a lecture hall and realizing there's an exam you forgot to study for. And you're in your pajamas. But the pajamas part is true. Because, you know, WFH.

That's when it happened. "How many of these are there?" I asked myself. And all my inner Barney (what did he do anyway?) could reply was, "Challenge accepted!"

So I spent the next week and a half taking all 110 assessments—from Accountant to Zamboni Driver (actually, it only goes as deep into the alphabet as Youth Counselor, but one can dream, eh?)—to see if there was some other job out there that perhaps I missed my calling for. And yes, I learned a few things along my "Some questions may have more than one correct answer" journey.

• These tests are addictive. And sometimes repetitive. But I guess that's the thing about addictions.

• I forgot how difficult taking tests actually is. A lot of the questions are written to trip you up. Combine that with overconfidence, and you might find yourself scoring "familiar" in something you know quite a lot about.

• It seems like Hotel Managers must be constantly looking at two tables and figuring out what the difference is.

• Physicians in doctors' offices have a loads of time conflicts.

• There's a lot of math in the trades. And it's best that I never drive a forklift.

• Recruiters jobs are tougher than a lot of us give them credit for. (But there were no questions on how many emails they're supposed to answer in a day, so…)

• I need to sign-up for a First Aid class immediately.

• And divorce lawyers might be an essential business, because if I told my wife one more time that I'd be there in 7-10 minutes, she was going to serve me papers.

But my biggest takeaway … It was eye-opening and humbling to see how I rated in other professions. Having worked full-time gigs other than advertising before, I know how useful it is to pull our heads out of our collective sketchbooks for a moment and validate real work. So true now, especially with those stocking shelves or in the healthcare industry—there are quite a few tests in that area that I completely tanked. Going back to that earlier writer's point. We don't know as much as we think we might, and it could be worth spending a little more time on the shop floor to appreciate who we're talking to.

It also reinforced that I really dig the world of advertising and communications. And feel fortunate to be part of it, even during this lull. I'm guessing there are a lot of others out there who feel the same way. We'll get through this. But in the meantime, maybe see how you might perform as an Interstate Trucker or Hydraulic Systems Specialist. Could present another option to get through these times. Or provide just a small aptitude adjustment between Zoom calls.

Oh, and for those career voyeurs and/or hardworking recruiters out there, I've made my profile and all 110 potentially embarrassing scores visible. And I'm available. But probably not your best choice to sort your electronic medical records ("Familiar"). 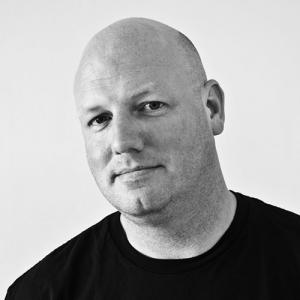 David Smail
David Smail is a creative leader, copywriter, university instructor and former video store clerk. He, his wife, son and yellow lab named Shazbot are based in the Boulder area. His work can be found at mootads.com.
More from David Smail