The Unusual Brand of Politics

Why a single truth always beats reams of data

I'm going to try to spare everyone my personal POV on politics, which will be incredibly difficult, because I have a lot of opinions on the matter. Instead, I'd rather focus on one simple piece of advice to any political candidate when it comes to their campaign. It's a lesson Steve Jobs championed and virtually every brand in the world worth anything can attest to: No matter how much you care about your brand, it is not the center of anyone's universe.

Sure, some diehard fans will say it is—look no further than Bernie Bros—but they are busy living their lives. They are trying to figure out why their girlfriend just dumped them, or who is supposed to pick up the kids in the carpool lane today. They may say they care, and on some deep philosophical level they do. But practical reality, they don't care like the political candidates care.

So, what should the 2020 presidential candidates do to capture the hearts and minds of the American people? Well, they should start by figuring out what they truly stand for—not the 96 points some researcher told them to care about, but that one truth that makes them different. Once they've landed on their truth, they have to find a way to make it "sticky."

Let's start with Obama. I wish we could start over again with Obama. (Sorry, I couldn't help myself.) The Obama campaign was brilliant on so many levels. It was the first presidential campaign to truly tap into social marketing on a grassroots level. They used data like no one else had before them, and now everyone else after will.

But aside from the data crunching, targeting and retargeting, the Obama campaign did something truly prolific. They took what was probably Obama's biggest weakness and turned it into a strength. The "Hope" poster transformed Obama's lack of experience and shifted the conversation to an emotional one. That's what all great branding does—it possesses the power to speak the language of emotion over logic. When that happens, marketing can transform business—or in this case, politics.

Fast forward to eight years later, the 2016 election. No one thought the Trump campaign stood a chance. As much as I do not share the Trump POV on politics, I do think we have to take note of how effective his campaign operated. There may have been some cheating, but at the end of the day, "Make America Great Again" was the anti-hope. It was a big ugly red hat that served as a mental flag in the ground, and it spoke to a dormant audience.

Its brutal simplicity and overt message was anything but politics as usual. The message unified a base because it tapped into an emotion. Some would argue it ignored logic. I would argue it ignored typical political etiquette. But either way you slice it, it was probably the only message that could have worked. Again, Russian influence aside, the truth—some may say the ugly truth—is that "MAGA" was insanely effective because it was Politics as Unusual. It cut through the clutter like a chainsaw through butter.

The lesson learned is simple. As it becomes harder and harder for the average voter to discern reality TV from reality, and as the world evolves into an ever-increasing hyper-state of headline-able, swipe-able, trackable content, the 2020 political candidates better have their one brand truth crystalized or they will be ignored.

Yes, data will continue to be leveraged in more impressive and new ways. Audiences will be sliced and diced down to the umpteenth degree. But without a simple, emotional connection that voters can believe in, even the most data-driven campaign is in trouble now more than ever.

Unless, of course, Russians. (I tried.) 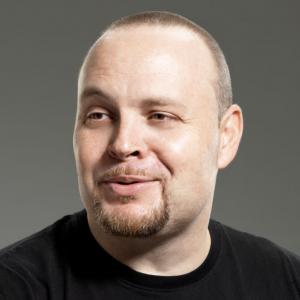