6.2 Miles and the Case for Brand America

A jogger's view of the state of our nation

I go to our nation's capital for business three or four times a year. This is new for me, thanks to our new client, Marriott Bonvoy, in Bethesda, Maryland, and our new partner, Stagwell, which is just blocks from the White House.

My preferred hotel (yes, it's a Bonvoy) is also blocks from the White House. Three short ones.

As I do on business trips in every city to which I travel, each time I'm in Washington, D.C., I go for a morning run. I'm following the advice offered by an internal video from Wieden + Kennedy in the '90s: "Try to run when you're on the road."

Now in my third decade of taking this advice, I've seen many dozens of the world's cities and towns at a jogger's pace. In most cases I can barely recall the business purpose of my trip, but I do recall the replicas of the Nina, Pinta and Santa Maria docked in Columbus, the riverside football pitches in Basel, deserted industrial blocks (entire blocks!) in Detroit, Big Ben, Parliament, statues of Stevie Ray Vaughn in Austin and Arthur Fonzarelli in Milwaukee, the morning air in San Francisco, Sydney, Singapore, Seoul and Shanghai (listed in order of descending air quality) … and a recent run in D.C. that was by far my most memorable.

Why? Because it reinvigorated my faith in the American idea, ideal and brand. Brand America, that is. My American faith did not need "restoration," as the colloquialism goes. I have not yet given up. But given the current news cycle, I'll admit I was looking for a boost. And as an American marketer with clients all over the world, I suppose I did have some questions about our brand.

Here's what I got in the 6.2-mile loop from the White House to the Capitol Building past the Washington Monument (twice, for those tracking the route) to the War Memorials to the Lincoln Memorial and back:

I got all four sides of the White House. It's still standing, as are our citizens exercising their alive-and-well First Amendment right to espouse their sides of the political discourse. MAGA and Truck Fump—opposed in their viewpoint, together as Americans.

I got Treasury on the way out and the Old Executive Office Building on the way back. These buildings do not top most visitors' must-see list despite flanking the White House. But given the importance of the institutions and the people working within them, I found myself jogging in place, nodding to security ("Yup, I'm doing 'high knees' while reading the inscription"), and taking a good, long look.

I got the feeling—truly a feeling more than a thought while taking in these buildings—that all of our American institutions are not only built to last physically and metaphysically, but are also far bigger than the humans who temporarily inhabit them.

I got Freedom of Religion. As I passed St. John's Church, the very first building on 16th Street in front of the White House, I watched a down-and-out parishioner be readily welcomed while in the same line-of-sight I spotted both a robed Tibetan monk and a woman in a hijab. I am not making this up like in that Pepsi commercial. It was this exact field-of-vision that spurred me to write everything above and below.

I heard virtually every American-English dialect, from Boston to the Bayou to the unmistakable anti-lilt of the, like, San Fernando Valley.

I heard more than a dozen different languages or dialects thereof. Portuguese, French, Italian, German, Russian, Chinese, Japanese, Arabic, Farsi, Hindi, Spanish (Mexican, Central and South American, and I think maybe even that of Castilian Thpain). I lost count at 12 but, yes, I counted.

I also clocked that in the two blocks closest to the White House the real estate includes two unions, two churches, three hotels, one law firm, and "100,000 square feet of available 'trophy' office space" at the auspicious address of 888 16th Street. (The number eight is highly regarded by the Chinese.) This row of "special interest" real estate in no way disheartens me. On the contrary, it shows the range of institutions—parochial, nonpartisan, professional and international—thriving alongside the seat of American government no matter who's sitting in the seat. The unions, churches, hotels and law firms did not take up residence in 2016, and they will not depart in 2020.

And in a stroke of luck, just as I was passing the east side of the White House at the beginning of my run, I was held up by the passing of the Presidential Motorcade. I was stopped by police right at the edge of the White House driveway, front row for the spectacle: Official flashing-lighted motorcycles, cars, trucks and then … the Presidential Limo known as The Beast. Two Beasts, actually; one with an unmistakable gesticulating profile inside.

In that "There goes the President of the United States of America" moment, what did this Hollywood liberal feel? Partisan rage? No. I felt the same exact rush of American pride I felt when Obama's Marine One flew over my house, when W spoke at Ground Zero, when I exchanged backstage pleasantries at UCLA with President Clinton, spent an evening with Dan Quayle (never did have a run-in with his boss, unfortunately), and stood in the very last row cupping my ears to hear The Great Communicator speak.

As I did on every other step of the run, experiencing everything described above, I felt American.

All politics and sloganeering aside, the result of my morning run is that I do not believe America needs to be made great again. It is great. I do not believe Brand America has been tarnished to the oft-proposed point of sticking a Maple Leaf decal on our suitcases and saying "aboot" when we travel internationally. I believe that this American moment—whether it represents values one most reveres or most reviles—will pass, and another American moment will follow, and that neither moment will be any more American than the other. I believe that American values themselves will supersede the individual values currently experiencing a high or low.

Because 6.2 miles of American monuments and their mosaic of admirers, and 6.2 miles of my own small American moments, reminded me that America—warts and wobbly moments included—remains the greatest brand on earth. In 6.2 miles I found that Brand America is not Twitter or a news channel or impeachment or Burisma. I found that our nation's capital is a beacon of all that is stable, rather than a bellwether of all that is not. 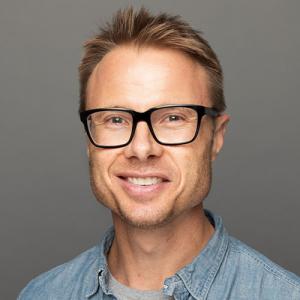 Jae Goodman
Jae Goodman is an avid runner and CEO of Observatory.
More from Jae Goodman