His creative journey from Volkswagen 'Jet' to today

Born and bred in the U.K., Paul Chan began his advertising career in Hong Kong in 1999 and has been in the city ever since.

His first big break came at DDB, working on Volkswagen. After stints at Saatchi & Saatchi and Grey, and then a return to DDB, he joined Cheil in 2012—and quickly put the office on the map creatively.

Outside of the business, Paul is married with two "very loud" kids. We spent two minutes with Paul to learn more about his background, his creative inspirations and recent work he's admired. 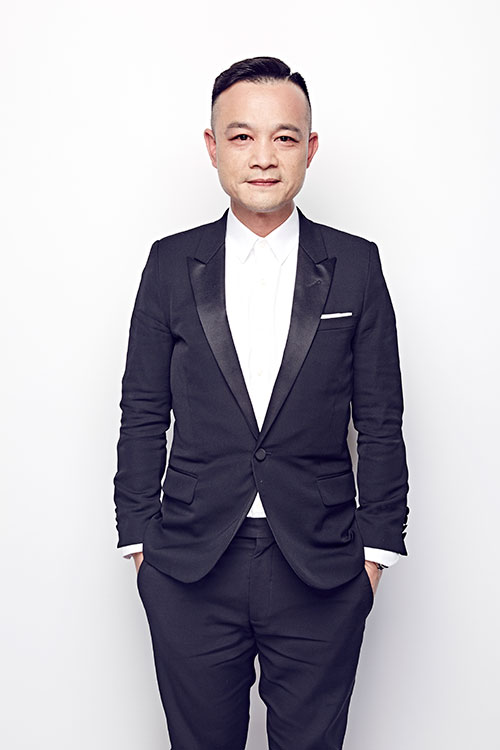 St. Asaph in North Wales. It's the second smallest city in Britain with a population of just 3,500 people.

I've always sketched out thoughts and ideas as far back as I can remember.

There are two moments that stand out.

In high school, one of my best friends once told me that people actually get paid to come up with names for chocolate bars, such as Kit Kat. That stuck with me for the longest time because I just thought it was a cool way to make a living. Little did I realize at the time that that's often the job of an advertising copywriter—which I would later go on to become.

And in the final year of university, my two flatmates and I used to play this game during every ad break to see who could name the next ad first. We were so fast at naming the ads, we must've known every single commercial on air at that time. Was it a sign? I'm not sure. But all three of us ended up in advertising.

There are so many. From Banksy, Damien Hirst and Francis Bacon through to Yue Minjun, Zhang Xiaogang and Wang Guangyi.

I recently read Permanent Record by Edward Snowden, the most celebrated whistleblower of our times. While there are no new bombshells in the book, it was still fascinating to learn how he helped build the U.S. government's system of mass surveillance—an Orwellian system that collects every phone call, text message and email ever made with the ability to pry into the private lives of every person on Earth. And what motivated him to bring it down.

Snowden's autobiography then prompted me to finish my latest re-read of 1984 by George Orwell. It just blows my mind every time. The world Orwell portrays is terrifying. In the so-called post-truth era, it's more relevant than ever.

On a much lighter note, my kids and I love reading and re-reading The Boy, the Mole, the Fox and the Horse by Charlie Mackesy. If there were classes on being kind, this would be the textbook. 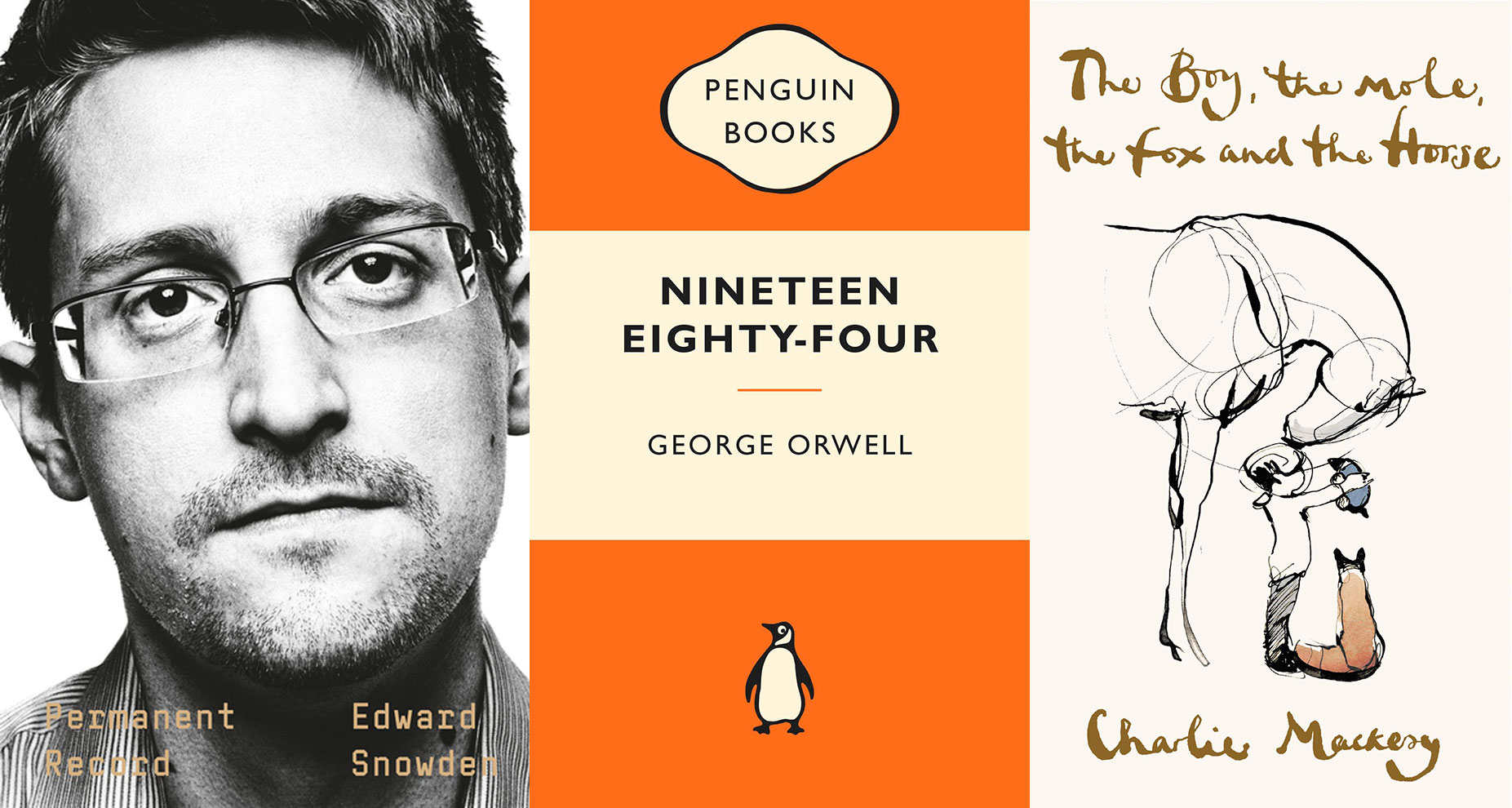 When We Were Kings. The Oscar-winning documentary about the "Rumble in the Jungle" championship fight between Muhammad Ali and George Foreman.

That's like asking me to pick a favorite child. Which is impossible to do. So I'll pick three, each for a very different reason.

Volkswagen "Jet." It's almost 20 years old now, but I'm still very fond of this for many reasons. It was my first print work. It was an internal agency shoot-out. It was the agency's most prestigious account. And it went on to win the agency's first-ever gold at a global award show. 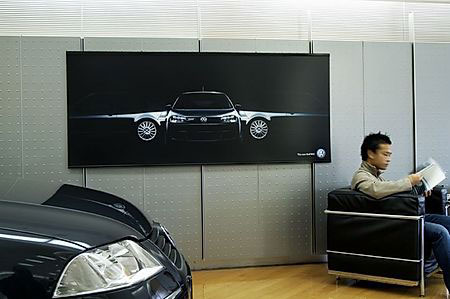 Tesco "Safety Bags." This project underlines the fact that creativity can be a game changer. It's what clients are paying us for. To think laterally and solve problems. And here, the client took a big leap with us.

JBL "Block Out the Chaos." It's one of those rare ideas that felt fresh and original right from the outset. And that's incredibly hard to achieve in print nowadays. 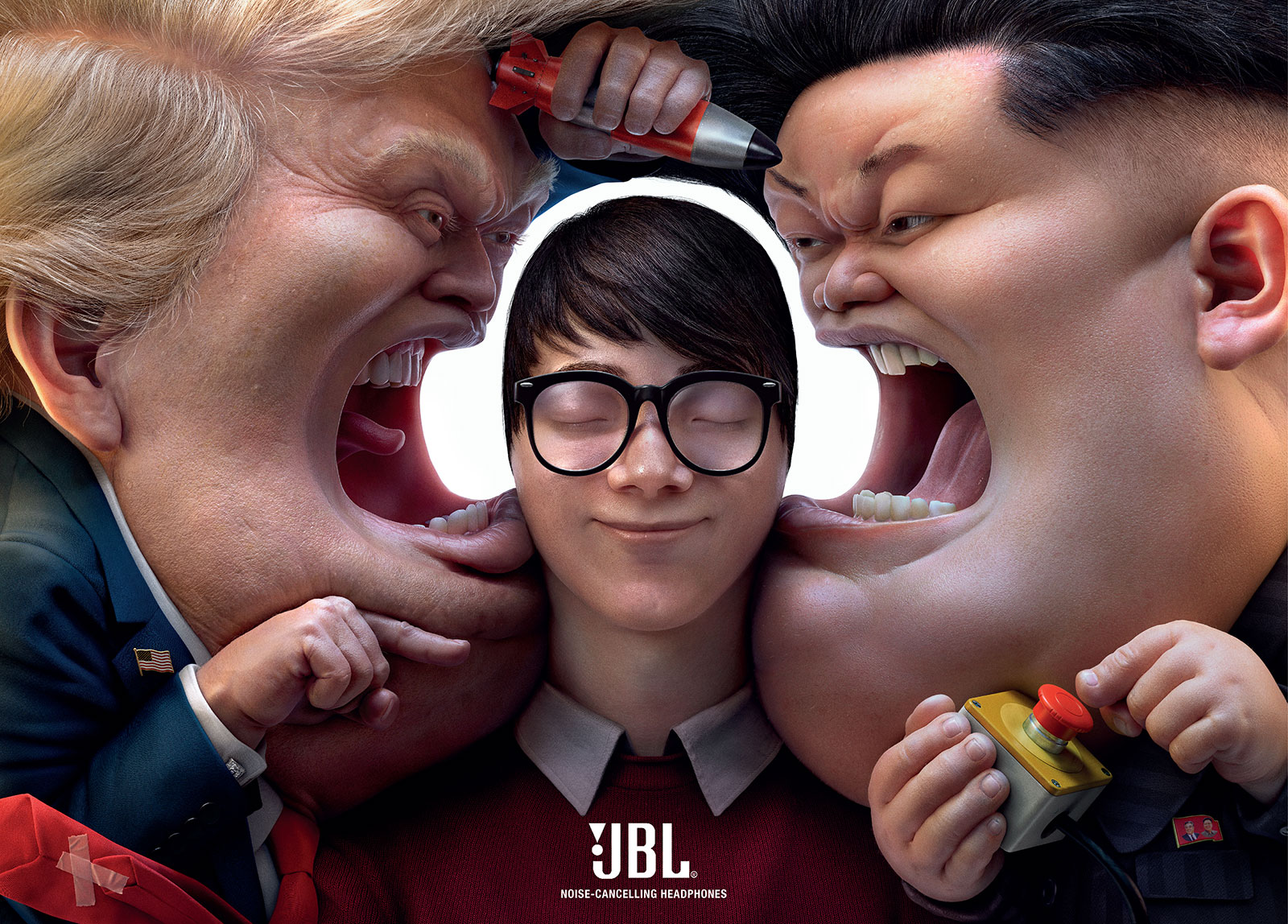 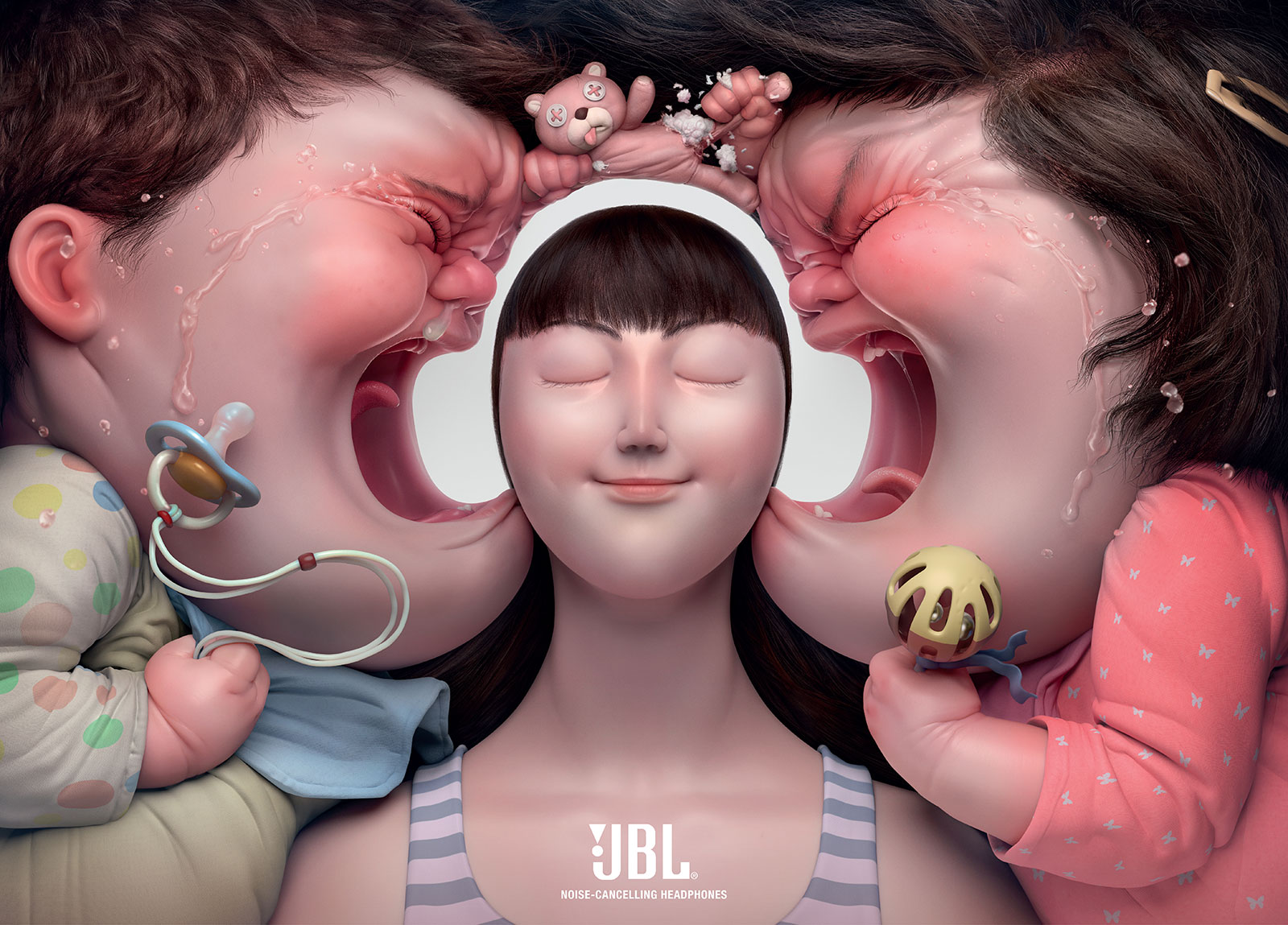 Chupa Chups "A Sweet Escape." Lovely work that hits on the insight of the pressure that children—and parents—face in Asia these days. It brings a smile to my face. 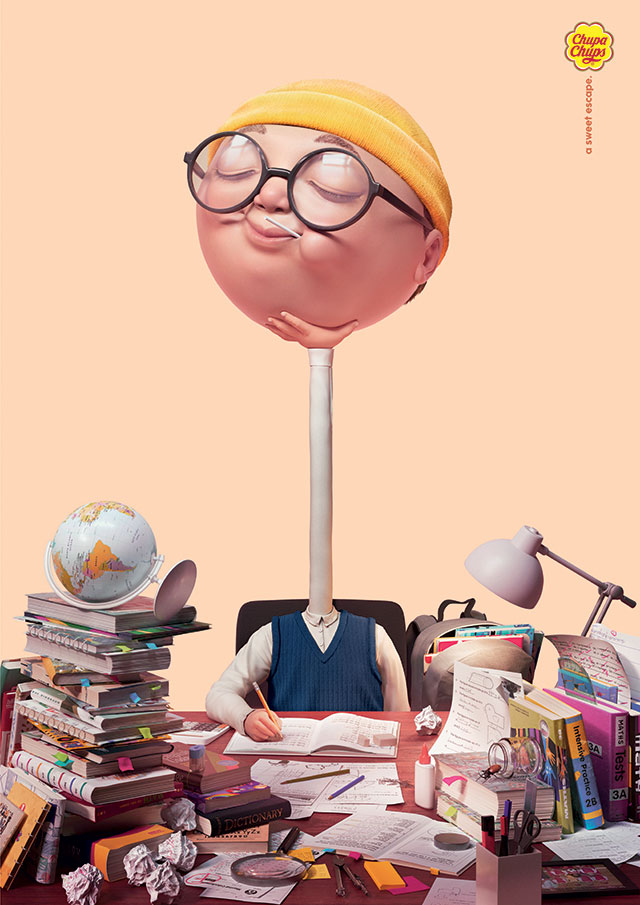 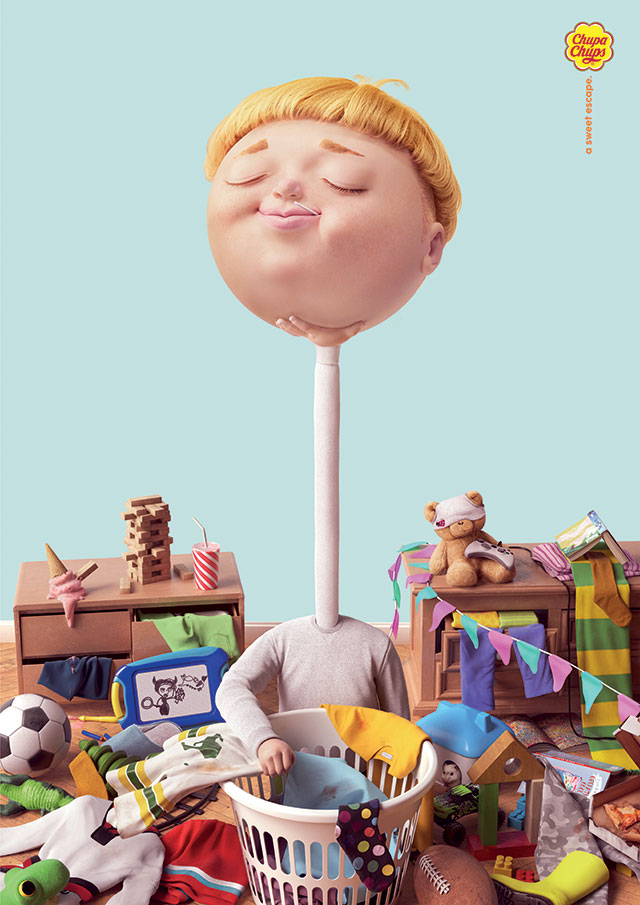 Samsung "BACK2LIFE." The fact that we surprised gamers by building hands-on CPR training right into the game itself, without making the game suck, is pretty cool.

Penguin "Lose Yourself in a Book." I just love the passion and craft that went into these intricate illustrations. 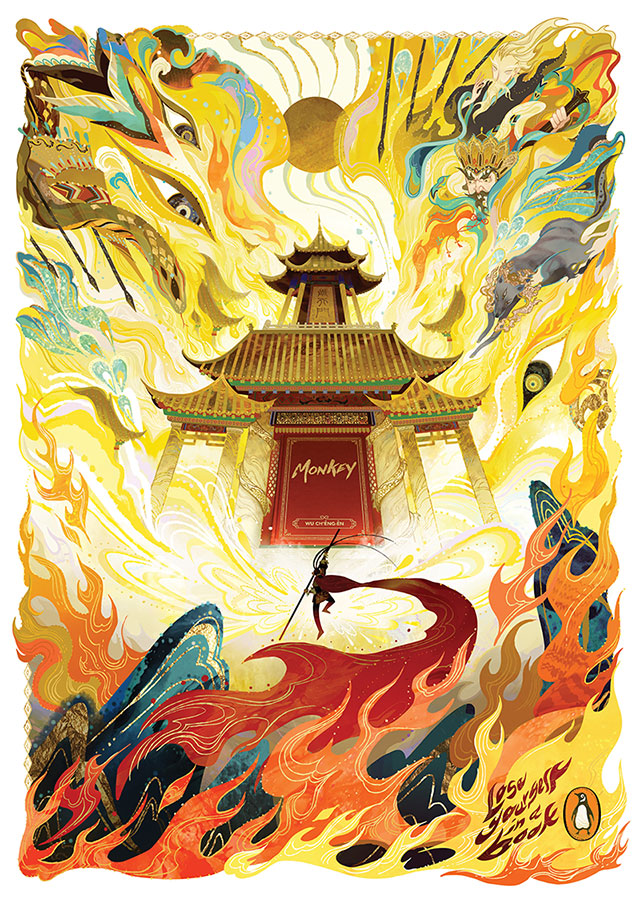 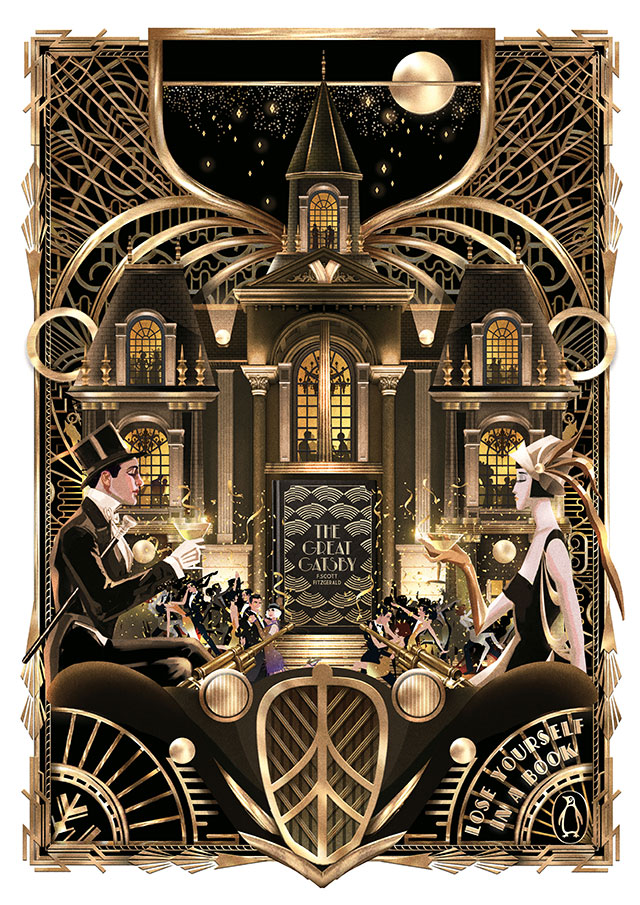 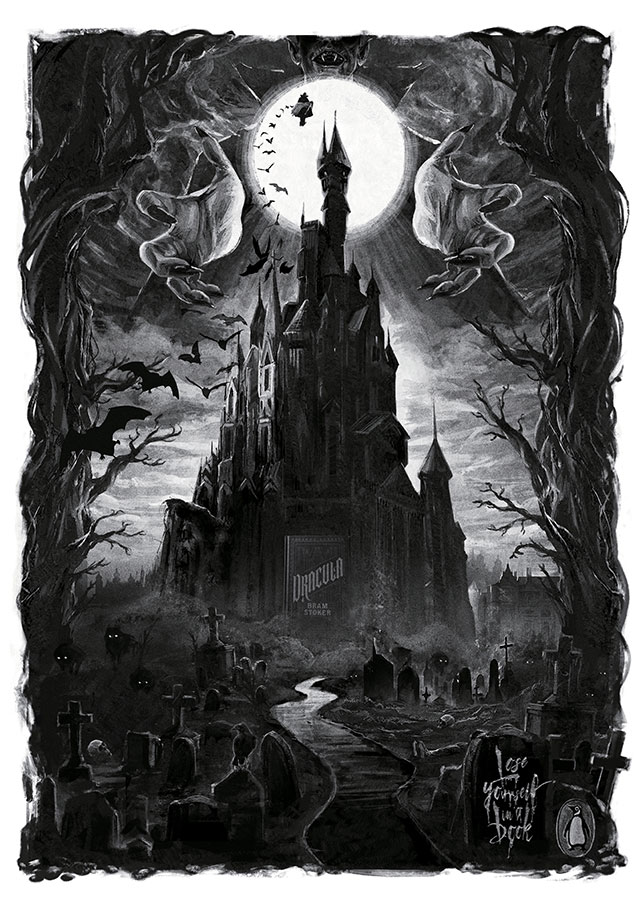 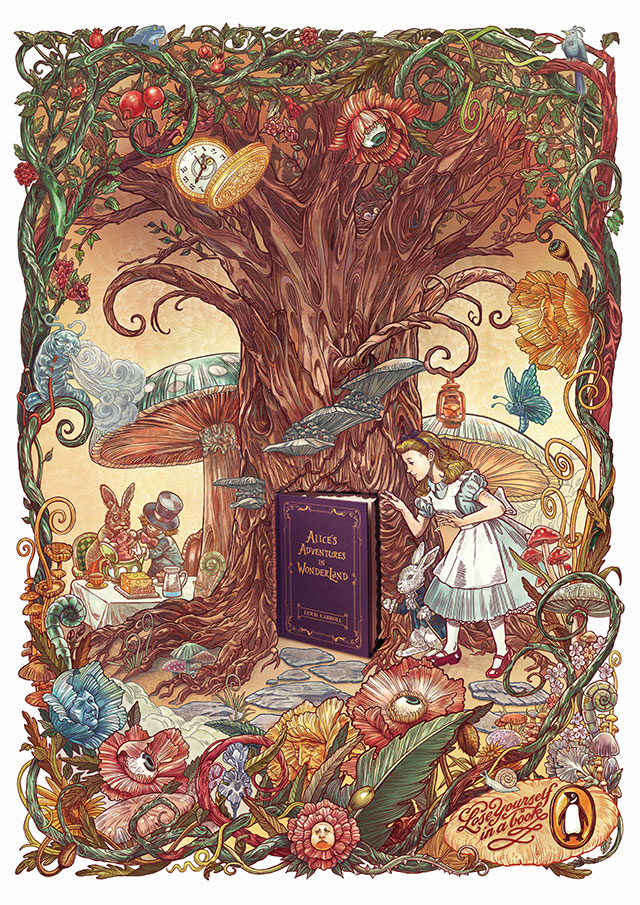 Aside from bona fide hall-of-famers like "1984" and "Think Different" for Apple and Guinness "Surfer," I love ads that are ahead of their time and initially make you question whether they're even ads at all. Then the proverbial penny drops and you realize they've just gone and changed the game. "Subservient Chicken" for Burger King, "The Hire" films for BMW, Sony "Balls" and Cadbury "Gorilla" all did this. Classic ads like "Think Small" and "Lemon" for Volkswagen would have done the same back in the day.

Childish Gambino "This Is America."
Banksy "Love Is in the Bin."