Momentum plus critical mass in the creative industries

For a business that prides itself on offering a constant stream of bold new ideas, the advertising industry can be surprisingly conservative about its go-to cities for creativity.

I often find myself in conversations with colleagues about which cities we find the most inspiring, but sooner or later everything comes back to New York, London and Buenos Aires. What agency with serious ambitions can afford not to have a hefty presence in at least one of those cities? But then, what agency that's serious about harnessing creativity can afford not to look beyond the obvious places?

As clients in regional markets grow in importance and sophistication, they're becoming more demanding. They want creative ideas and executions that are world class but also rooted in deep local understanding. Sometimes that means creating work locally from scratch, and sometimes it means taking global work and making it as good as local.

In this new series, "Creative Cities," I'd like to highlight some of my favorite markets that have been growing in strength as creative hot spots. They range from places that have already achieved some awareness among advertising industry trendspotters ("Obvs!") to locations that typically prompt bemused reactions ("WTF?!"). They're places that deserve to get a lot more attention from clients who want to access the best advertising creativity wherever in the world they operate.

Bogotá, a gem of Latin America

For companies doing business in LatAm, three cities—Mexico City, São Paolo and Miami—have been the no-brainer choices as advertising hubs. But Bogotá is a place with a critical track record in creativity.

Colombia has been winning awards at the top global advertising shows for more than 25 years now. It's easy to see Bogotá's creative appeal, but what was it about the city that prompted ad agencies to locate their LatAm regional headquarters there all those years ago?

One short answer is momentum plus critical mass. The more creative activity the city generated, the more creative resources were attracted to it and the more creative activity it generated … so the cycle goes. Another short answer is, "Follow the money." Between 2005 and 2015, Bogotá was the Latin American city with the most foreign investment in the creative industries, pulling in a total of $464 million, ahead of São Paulo ($440 million), Miami ($307 million) and Buenos Aires ($228 million). And it isn't just ad agencies. International businesses are wising up to Bogotá's status as their best gateway into Latin America. Fox, Sony and Netflix have chosen the city as a production hub, thanks to its unique combination of varied landscapes, weather, infrastructure and a welcoming public policy environment.

Last year saw a huge number of foreign companies arriving in the region. Invest in Bogotá, the city's foreign investment promotion agency, brought 43 investment and expansion projects to the city in 2018, noting the creative industries as one of the sectors with the most potential to attract investment. Amazon revealed recently that it will open an Amazon Web Services location in Bogotá to help train 2,000 students in cloud technology to serve customers worldwide in Spanish, English and Portuguese.

There's political intention, too. Colombia president Ivan Duque and Bogotá mayor Enrique Peñalosa Londoño are ambitious to foster the growth of creative industries—the so-called Orange Economy. One of the most high-profile initiatives to turn the country into a leader has been the creation of The Bronx: Creative District. The Bronx used to be the most unsafe neighborhood in Bogotá but is transforming into a place where the Orange Economy is emerging.

If not now, then when?

For cautious business leaders, the time is ripe to tap into the wealth of possibilities Bogotá has to offer. Pioneering professionals have done the hard work of founding a creative culture and establishing world-class credentials. Ambitious entrepreneurs, businesses and creatives have moved in, set up and got down to building networks of expertise. And the authorities have worked to make the city an attractive place for talent to visit, work and live. Bogotá has earned its place as part of a global network with a powerful local offering. 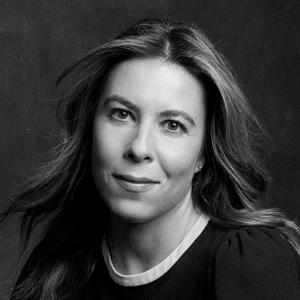