Trailers of the Week: DMZ, The Unbearable Weight of Massive Talent, and More

Plus, Hulu's take on The Girl From Plainville

Here are some trailers that caught our eye this week...

The wildly popular comic book DMZ has transformed into a limited TV series about a mom heading into an active war zone in hopes of reuniting with her son. This fast-paced trailer gives a glimpse into what survival means in a DMZ territory. Streaming will begin March 17.

The Unbearable Weight of Massive Talent

Nicolas Cage plays a fictionalized version of himself in this role, as he attends a fan's birthday party for a large payout. However, he quickly learns this fan is one of the most dangerous men in the world. In this hilarious trailer, we watch the Hollywood legend take on the role of a lifetime: helping the U.S. government take down his new pal. Catch this star-studded cast in theaters April 22.

The Girl From Plainville

The Girl From Plainville is a new series based on the shocking true story of a young woman who encouraged her boyfriend's sucide through text messages, which led to her conviction for involuntary manslaughter. The trailer gives a preview into the story that left the nation shocked. The Girl From Plainville will begin streaming March 29.

The final trailer for Moribus dives into the supernatural plot about a science experiment gone wrong. This teaser jumps from scene to scene and remains  mysterious and exciting. Morbius will be in theaters April 1.

All the Old Knives

In this film, a CIA agent is tasked with uncovering the truth about a former colleague and lover to see if she was a double agent during their days working intelligence together. This thrilling preview will leave you wanting more. All the Old Knives will stream April 8. 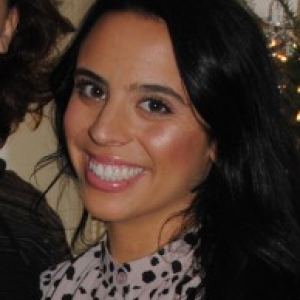 Halina Purcell
Halina Purcell is an intern at Clio Entertainment and a English/creative writing major and film studies minor at University of Colorado Boulder.
More from Halina Purcell