Temptations Made a Short Horror Film for Cats

Cats are stoic creatures. But will their fur remain unruffled when they screen a horror movie designed especially for them?

Temptations, a brand that normally pampers cats with treats, has decided to freak them out this Halloween with a short film called Scaredy Cat. Created by adam&eveDDB and Zombie Studio, it's billed as the world's first horror movie for cats.

The brand worked with the Waltham Petcare Science Institute to add certain sound frequencies to the film that will cats' attention. Will it actually scare them? Guess you'll just have to experiment at home.

The cat is CGI, but most of the film was shot in camera on a miniature set built using more than 400 handcrafted miniature props. Some were sculpted by hand, others were made with 3-D printers and then hand-painted. The first scene of the film, for example, was captured in a single shot, with everything in camera, including the rain.

More than 100 people worked for 14 weeks in production, from the storyboard to the shooting day.

The campaign has been designed like a film release, with illustrated movie posters, trailers, sneak peaks, influencer reviews and an IMDB partnership supporting the film assets and special edition products. adam&eveDDB also created a series of product films to support the launch of the new Temptations Creepy Catnip flavor.

So, what's up with the horde of evil cucumbers?

"If you're a cat lover, there's a good chance you've gone down the rabbit hole of internet videos of cats jumping in fear at the sight of a cucumber," said Craig Neely, vp of marketing at Mars Petcare. "Those very entertaining clips were the inspiration behind Scaredy Cat. We expanded on that insight and turned cats' fear of these seemingly ordinary vegetables into a tongue-in-cheek horror movie for cats and their owners to enjoy together during the Halloween season." 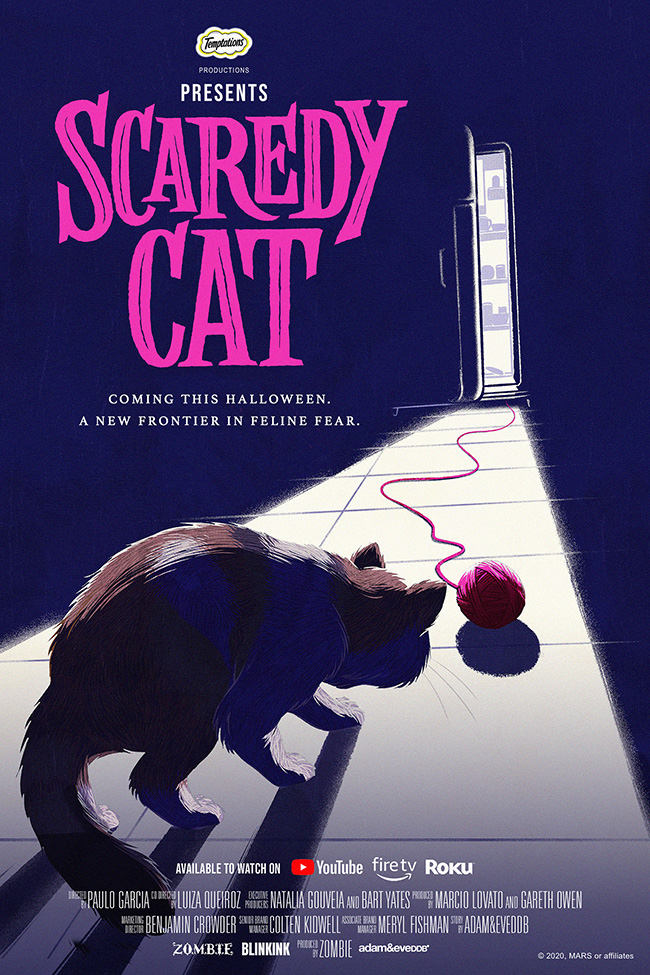 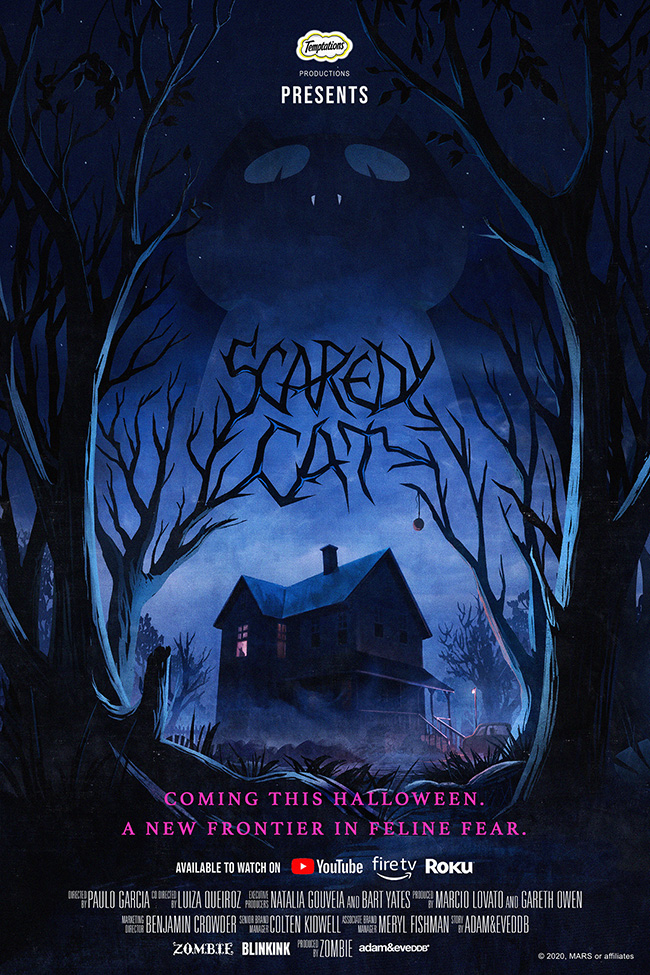 See some BTS shots below.