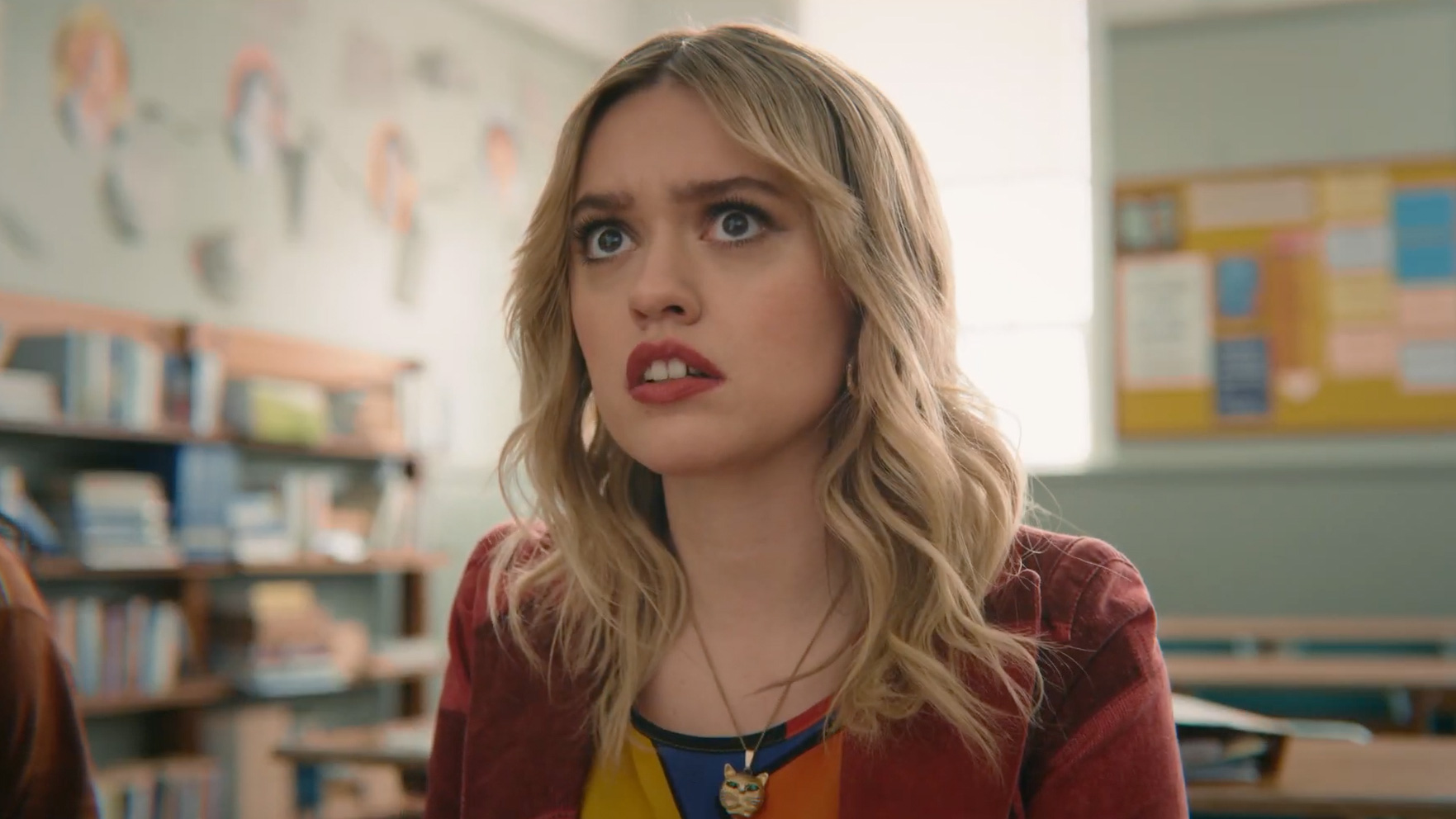 It can be a challenge to add a new action into an everyday routine. Even if it could save your life.

Stella McCartney teamed up with Netflix to create a breast-cancer PSA that stars McCartney as a sex-ed teacher in a dated video watched by the characters of Netflix's Sex Education.

"Breast cancer can be awkward to talk about, and it's a subject far more taboo than it should be," says Daniel Wall, creative director of Acne Stockholm, the agency that created the video. "We wanted to raise awareness and encourage unabashed dialogue among women as well as men. We knew we wanted to portray the Moordale High students as tackling this topic very authentically and without too much drama. But we also needed something to spark that conversation. Stella's segment is what drives the film forward and allows the Moordale High students to start talking, in turn allowing us to introduce Triple T in a way that doesn't feel forced."

She spreads common myths about breast cancer, noting that it can be caused by deodorants, mobile phones, bras, microwaves and nipple piercings. The video pans out to the cast of Sex Education as they scoff at being subjected to dated, false information.

"Bras, microwaves or deodorant do not cause cancer," says Viv. "And there's not always a lump. It can be a rash or an inverted nipple. Men get breast cancer, too. Even cats."

This becomes a segue for Rahim to bring up TTT—Toilet, Teeth, Tits—a self-examination routine his auntie follows after her own bout with cancer. The video then pans back to Ella Allets describing gravity, fruits and veggies in different sizes and some watermelon massaging.

The video is running across social media and in Times Square.

"At one point we toyed with the thought of introducing Triple T with something like a rap," Wall tells Muse. "Looking back, the decision not to was probably one of the most important decisions we made."

McCartney designed a $425 TTT T-shirt made of pale blue organic cotton and heat-reactive dye that turns pink when touched, to not-so-subtly remind women to examine their breasts. 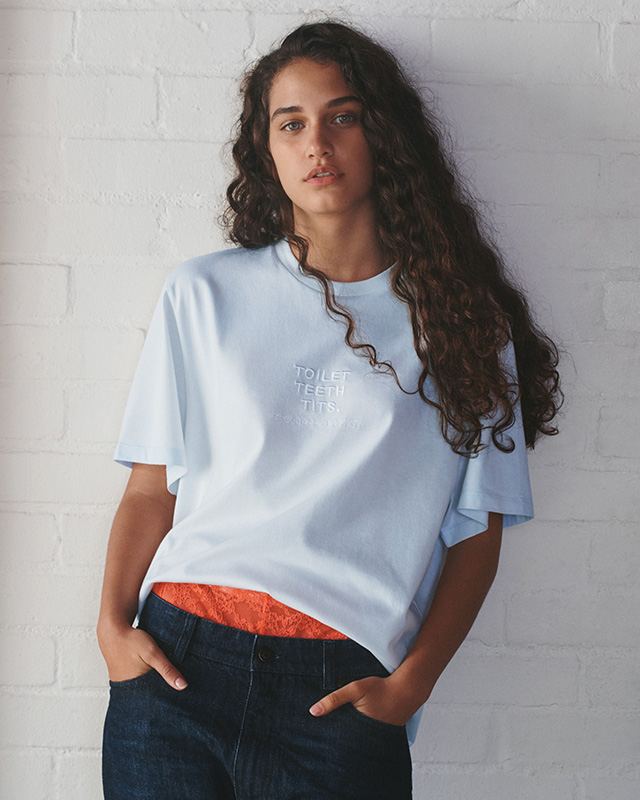 Because nothing is more '80s than Hypercolor shirts. Well, maybe Freezy Freakies, but those, along with breast self-examinations, probably don't go hand in hand.