This Powerful Documentary Shines a Spotlight on Often-Overlooked Frontline Workers

They speak directly to camera, relating frequently harrowing personal experiences. They are by turns thoughtful, distraught and courageous—struggling to make sense of a world turned upside down. Some appear almost traumatized, battle hardened like infantry soldiers braving peril over each hill, doing what they must to survive.

But there's a twist. These aren't doctors, nurses or first responders.

They're grocery employees from retail cooperative HOK-Elanto, part of Helsinki-based S-Group. They have no choice but to venture into work to support themselves and their families.

Filmed at the height of Finland's lockdown, employees of four HOK-Elanto chains took breaks during their shifts, sharing tales from the front in a soundproof booth.

They talk about the daily grind, made interminable, at times, by Covid-19:

"It's scary to be in a small place for eight, nine hours straight."

"I can see people are getting frustrated with this situation. They take it out on us. We're easy targets. They'll complain about tomato pulp being out of stock."

"Every day when I'd get home, I'd be tired and wait for the chills to start. And I'd think, 'Tomorrow I'll go to work again. I'll face the same thing again.' "

These folks serve as lifelines for their communities, providing a sense of normalcy in strange times, at great risk to themselves:

"One of my customers told me she usually goes to senior citizens groups. Now that they're suspended, the only people she talks to are taxi drivers and us."

"Our customers tell us how difficult it is to say home alone. Some of them say that some people look down on them when they go to the store. It probably isn't easy being on your last leg and going through shit like this." 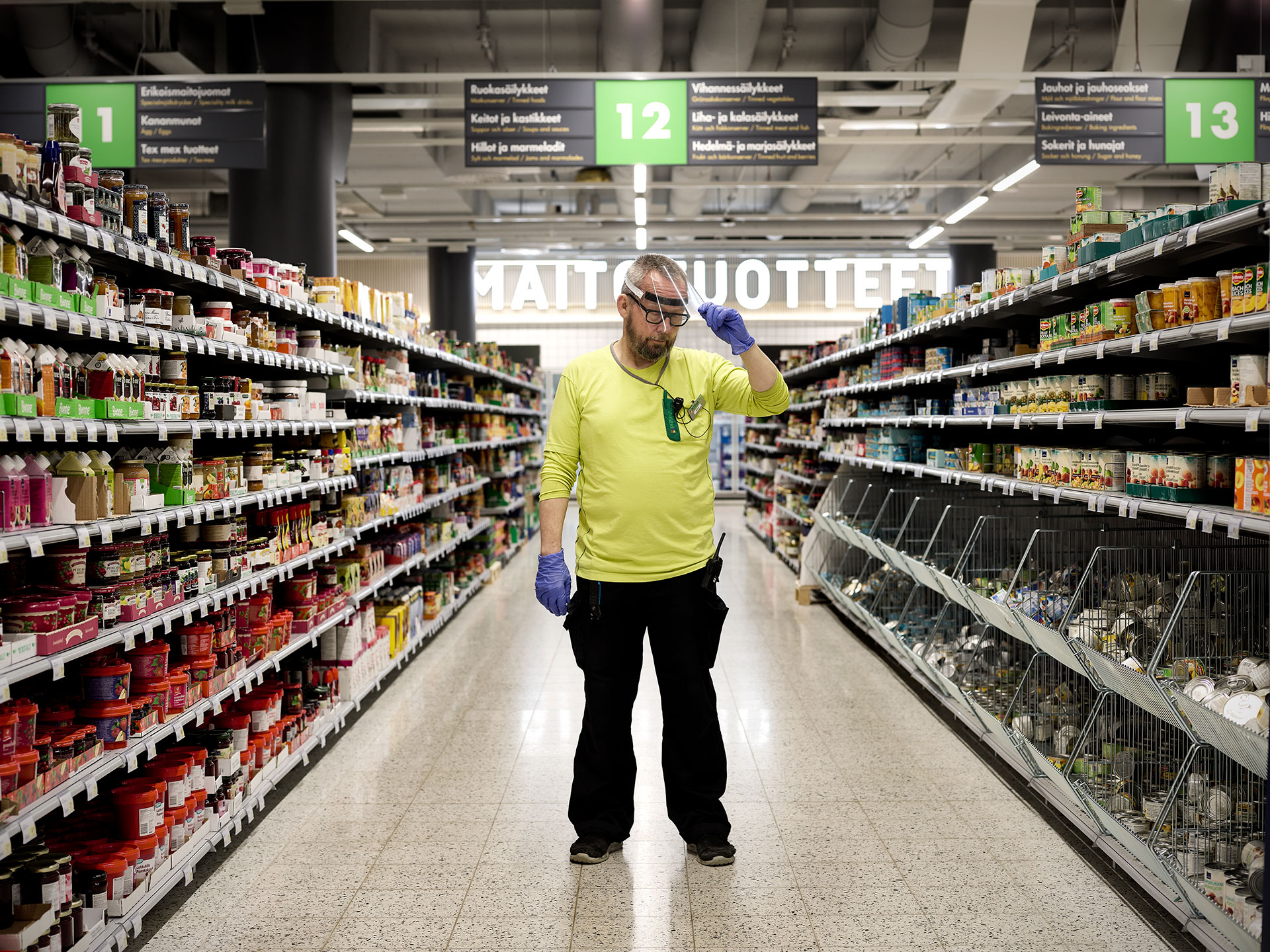 Often, theirs is a lonely, anxious cross to bear:

"My neighbors know where I work. So, I don't have much contact with them. They don't come talk to me, the way they normally did, not even from a distance."

"My first grandkid was born recently, but I can't go see her. My son sent me a photo of her, and I told him I want to hold her so bad."

"My husband is in another country. I don't know when he can come home. I'm afraid of how his being away for such a long time affects our child … I can't tell her she'll see him in a month."

Ultimately, they cling to each other and keep hope alive:

"My colleagues are so important to me. We often talk about how lucky we are to get to spend time together."

"This situation has affirmed the idea that my work is important."

"We'll survive all the things that were supposed to destroy us. So, this will only make us stronger."

No doubt participating in "294" provided the subjects with much-needed catharsis. Their stories remind us that all workers—all human beings—are essential, and that in times of great stress, we gain strength, fortitude and perspective from our comrades in arms.

Below, we chat with Bob the Robot strategy director Kari Eilola about the project:

Muse: Why did you make the film?

Kari Eilola: S-Group thought hard about how to find a way to thank all their employees, who have been working hard and putting their lives at risk during the coronavirus crisis. The purpose of this film was to show deep gratitude and also raise awareness of the unappreciated heroes of our time.

How did Dome Karukoski get involved?

It's always hard to collaborate with high-profile directors, because of their schedules. However, we presented this idea to Dome and he was interested right away and wanted to jump in.

When and where was this made?

This film was shot where the employees work, during their shifts—at one of S-Group's grocery stores, Prisma, in Helsinki. The production was three days long in total, and we shot almost 12 hours per day—also during nighttime, as the grocery store is open 24/7. The casting was long, and it included dozens of S-Group workers. The staff was really motivated and excited to participate.

What surprised you the most during filming?

We all knew that the coronavirus crisis has been a tough period for the supermarket staff. However, the intensity and the stress level these people have faced was a big surprise for us. We were extremely moved by their stories and, if possible, appreciated their efforts even more.

Indeed, the emotion leaps off the screen.

The film gave a chance to the staff to reflect on the crisis in a safe environment. This could have been a therapeutic experience for some, as well. All the employees forgot about the cameras immediately once they sat down.

In a broader sense, what does film say about human nature, about life today?

Behind all the infection rates, economical curves and politics, there are real humans who are just trying to survive and work through the crisis. In the future, this documentary will work as a window into these abnormal times and maybe people can appreciate everyday life a little bit more. This documentary also tells a story about bravery within one occupation that keeps the everyday life rolling, but rarely gets rewarded.