But here's why you're not actually alone

Film and television are mass media that reach lots of people and tell us something about our world—whether it's as close as love, or as far as outer space. Even if a film doesn't claim it tells you the truth, you get to choose how to incorporate what you saw in your overall model of how the world works. Social impact entertainment (SIE) is basically exactly that—acknowledging that media has power, and then giving the entertainment "wings" to help make the world a better place.

SIE has one systemic problem, though: Everyone's doing it on their own.

To talk about the big picture, I have to start on a personal level. When I decided in 2012 that I wanted to make movies and TV shows that change the world, I was excited: It seemed like nobody had done that before. I was going to be like a lonely island in a big ocean. Now, nearly eight years, a production company and a magazine both specifically dedicated to SIE later, it's clear: That was a naive assumption.

I teamed up with Robert Rippberger, who was also interested in how movies change the world, and we decided to create a magazine called Cinema of Change. We wanted to defy the "You are alone in this" narrative, and started searching for similar undertakings. By the time we had mapped the field a bit better, we ended up with more than 250 players in the social impact entertainment space.

Together with my business partner Hiroki Kamada, I co-founded Prodigium Pictures, a boutique production company in L.A. With the company as a lever, we've impacted millions of viewers with individual campaigns—and with that comes a responsibility: to make this impact as well thought through as possible, and to constantly learn from others. As part of our R&D efforts, I traveled to the far ends of the world to talk to people who knew more than me. Like to the SBCC Summit in Indonesia, or interviewing Miguel Sabido in Mexico City about SIE's close cousin, entertainment education. It's been eight years of searching and finding players in SIE and related fields.

After all this research, I found that the "We are alone in this" narrative still persists. Maybe not in terms of general awareness, but in lack of knowledge exchange and system-wide scientific progress in the film and television community. Why? Because we're all making our own secret sauce on our little islands, and few people share their recipes. We're not a lonely island in the ocean, we're a group of lonely islands, just far enough apart to not see the big picture—like in an atoll.

Let's take a step back and understand SIE from a knowledge point of view, as a science. In science, large-scale progress is usually made through iterative knowledge diffusion: One group of people finds a new insight—say, Pythagoras' theorem—and then pass it on to others. Over time, this knowledge spreads geographically ("knowledge diffusion") and represents what we refer to as "standing on the shoulders of giants": it allows us to build on top of this knowledge, and come up with even more advanced concepts. When things go awry, having that knowledge preserved outside of the confines of an "ivory tower" is essential for long-term survival.

Pytagoras' insights—and most of Greek math and philosophy—nearly got lost in the European Dark Ages following the Roman Empire's collapse. Interestingly enough, it was preserved in the "Islamic Golden Age" through the Byzanthine Empire—and returned to Europe nearly 600 years later. If that diffusion and preservation hadn't happened, it's quite unlikely we would have made it to the moon by now.

There's no reason to reinvent the wheel if you already know about the wheel's existence. In social impact entertainment, though, the tentacles of knowledge are rather short, and often confined to an academic ivory tower, or an organizational competitive advantage through intellectual property. The result? A field of science that progresses quite slowly, where lots of people reinvent the wheel, over and over again.

Not Invented Here: 3 Problems Holding Us Back

In my eight years of studying the field on an anecdotal and systemic level, I found three primary problems that create a "Not invented here" inefficiency on a wide scale:

The lack of historical knowledge on close neighbors becomes quite apparent when you play the "Did you know?" game with other social impact entertainment players. Nearly nobody—and I mean that—in hundreds of conversations I've had with SIE professionals knew who Albert Bandura is. Not only is he the most-quoted living psychologist on the planet, but his research on the media effects of serialized drama was groundbreaking 25 years ago. It still is groundbreaking today, because so few people know about it, and very few consciously stand on the shoulders of this giant. "Serial drama" is an academic term that stands for "TV show" or "soap opera." When we asked him about it, he preferred "serial drama," and this difference in lexicon makes it nearly impossible to find his work via Google. If you don't know where to find the giants, you can't stand on their shoulders.

The lack of outreach outside the silo is an issue that's rooted both in academia and in competition. In academia, you have the ivory tower problem, where smart people think they're the only ones. This elitism leads to isolation, and often the same problem is solved with a costly solution in multiple places around the world—rather than uniting resources and arriving at the solution more quickly, together. In the non- and for-profit world, competition for limited resources leads to a hogging of knowledge inside a corporate "silo." The knowledge itself becomes a competitive advantage, and if the field doesn't make an effort at open-sourcing widely known insights, everyone trying to enter the field has to put in a decade of solid research to get remotely close to the status quo. In the cutting-edge field of artificial intelligence, for example, most basic knowledge is easily available—the competitive advantages are usually marginal within knowledge, and more rooted in specific application or scalability. In SIE, we have a clear case of information silos, and when those are grouped with a lack of outreach, everyone keeps their secrets and stays within the false belief that they are "alone out there."

The lack of interest in abstract similarities is the belief that different fields don't offer an answer for specific problems you're dealing with. When trying to design an impact campaign, why would you look to an advertising book for answers? Why listen to a psychologist talking about childhood violence learning when you're making a TV series about under-represented groups? The hurdle of abstract systems thinking is a very powerful mental limitation built into the human condition. Those few people who act as interdisciplinary bridges are usually the exception to the rule, but some of the most powerful insights in modern science have come out of bridging the disciplinary canyons. A big hurdle is nomenclature, which drives an unnecessary wedge between SBCC, SIE and cause marketing—all related fields that could benefit from being interested in each other's abstract similarities.

We're Wasting a Lot of Money and Time

A funny anecdote that illustrates the above problems was mentioned by Miguel Sabido when we visited him in Mexico City for Cinema of Change. He told us that the World Bank held an international forum in Mexico City about Miguel's work—without inviting him. He randomly found out about the event and showed up uninvited. The security guard told him he wasn't on the list, and when a manager was brought to resolve the issue, they invited him in, shocked: "Miguel, you're still alive?! We had no idea!"

He was just a phone call or email away, but nobody thought about reaching out.

The outcome of these inefficiencies is clear: Instead of blasting into the future with ever-better, ever-more-ethical approaches to impact, we're reinventing square wheels, pretending to be the lone island in a vast atoll and moving very slowly.

Translated into business terms, we're wasting a huge amount of time and money. Original research costs a lot more than licensing existing insights. Trial and error is an expensive process in a field with plenty of existing data. The lack of bridge-building is costing us an arm and a leg, and makes this industry financially unsustainable. Imagine if every soda company in the world would try to have their own way of adding bubbles to a beverage, rather than improving on the existing approach. This is what's going on here.

The Future of SIE Is Up For Grabs

What's the best way forward here, as a community, as an industry, as a science? Being aware of the existing landscape and building bridges that can serve as new foundations.

If you work in the SIE space, go to conferences and meet like-minded people. There are very few in our field, and I'm happy to invite you to one (yes, the same SBCC Summit that Miguel Sabido invited me to). Pressure corporate leadership to allow you to attend related knowledge exchange environments. Talk other friends in the field into attending these conferences. Read the publications of related organizations, such as the Impact Field Guide or the State of SIE Report. Exchange insights openly that don't threaten the bottom line or give away your actual—rather than imagined—competitive advantage.

Go through the Cinema of Change Ecosystem and find more than 300 like-minded organizations. Meet them in person, hop on a call, and learn from each other. You are not alone. There are thousands of very smart people around the world who have been doing what you're doing, just a little bit differently, for more than 50 years.

We're not on lonely islands. We're on an atoll. 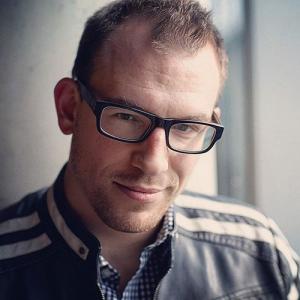