But an IMDB page was a step too far

Kraft Heinz Canada has launched a fun campaign around the Oscars that has included trying to get an official IMDB page up for Heinz Ketchup, recognizing all the cameos the condiment has enjoyed in movies over the years.

Working with agency Rethink, the brand put up an IMDB page but it was taken down by the site—which Heinz is taking as an Adam Sandler-level snub. Now, it's asking fans to find movies featuring Heinz Ketchup and share them on their social feeds, with the promise of free ketchup for those who take part.

100’s of film appearances, 0 nominations. Find a movie featuring Heinz Ketchup and tell us in the comments below for a chance to win 1 of 1000 bottles of free ketchup.

"Award season is an occasion that gets everyone talking. As we look to deliver more contextually relevant and timely content to our consumers, we wanted to find a way to join the conversation," says Brian Neumann, senior brand manager of condiments at Kraft Heinz Canada. "Nothing speaks more to the iconic nature of Heinz Ketchup than our appearances in countless films. This felt like the perfect time to reward our fans for spotting us in their favorite movies"

Creative and production was handled by Rethink. Starcom is handling nationwide awareness, and media relations are being managed by The Colony Project.

"Heinz is front and center in some of the biggest movies and greatest scenes of all time," Rethink creative director Mike Dubrick tells Muse. "It's one of those things that once you notice it, you can't stop seeing it. As we were looking for ways to further cement the brand's iconic status, it just felt right. If Wilson the volleyball gets in the credits, why shouldn't Heinz?"

Indeed, Wilson does have his own IMDB page.

Of the Heinz Ketchup page, Dubrick says: "Sadly it was taken down. But the response has been massive. Who knows, maybe it's enough to convince them to put it back up." 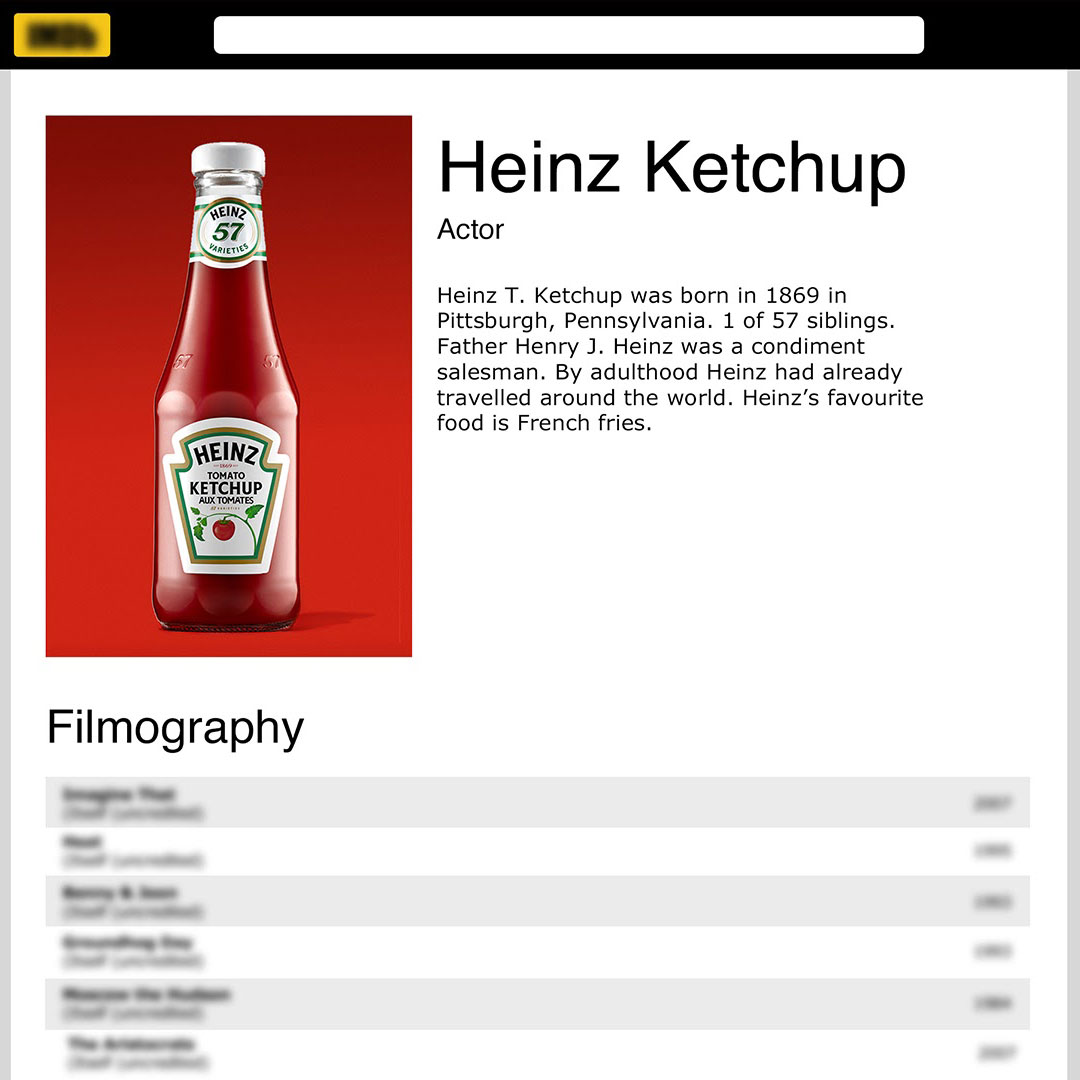