Is Bandersnatch the Worst Black Mirror Episode Ever?

The downside of interactive storytelling

Like many of you, I had been impatiently awaiting the new episode of cult series Black Mirror for several weeks.

The launch was well orchestrated, starting with rumors—will it be here for Christmas or not?—followed by details about its exceptional concept. The viewer would in fact be co-writing the storyline. An event. Excitement.

All of us faithful subscribers were finally presented with Bandersnatch on Dec. 28. We were told that we were to participate in the construction of the script through our choices, like in the interactive fantasy novels of our adolescence. The chain of events was to be shaped by us.

I watched the episode, or rather played the game, and came out feeling quite frustrated. I can't say it was a complete miss. Effort had been put into the production, and the ideas were good and many, in true Black Mirror fashion. But despite this, I don't feel like it remained true to the promise. Although this episode does everything in its power to engage the viewer in the storyline, it's probably the one that touched me the least out of all of them.

Why? Simply because this interactive episode obliges the viewer to focus on the presented alternatives, at the cost of the storyline. From picking the right breakfast cereal (Frosties or no Frosties, that is the question, but what effect could it possibly have?!) to choosing what our protagonist should listen to on the bus, without forgetting the more difficult choices (one of two characters has to jump out a window, but which one? It's up to you. Argh!).

As it becomes interactive, the storyline loses its narrative power and ends up creating an annoying question in the viewer's head: that of the importance of the choices you have made. Did you make the right choice in order to fully enjoy the entirety of the Netflix material? What did you miss when you picked the Frosties? It results in the viewer forgetting about the storyline itself. Or at least it creates a distance from the story, which damages its emotional power. The feeling is reinforced by the fact that Netflix allows you to go back and change your choice once you reach a dead end in the narrative. OK, I guess I'll try the Sugar Puffs and see what happens.

In so deeply wanting to place the viewer at the centre of the episode, Netflix seems to have forgotten one of the golden rules of directing: bringing you somewhere you would not expect to go, making a proposition.

The strength of previous episodes lies within this: The dystopian worlds of Black Mirror's extremely talented screenwriters present us with a look at the possible evolution of our world, a point of view. These propositions provide us with a foundation that helps feed our imagination, and make us think. And although they are not bound by our opinion, at least they allow us to form a point of view, a very personal feeling.

It appears as if though Netflix is intending to multiply this type of initiative. You can't help but think about the mass of extra user data that could be retrieved from this. It might not just be a matter of following a storyline anymore; we might be asked to tick a number of boxes in order to launch a succession of scenes (allowing Netflix to interpret the taste, preferences and maybe even personalities of viewers? The Frosties scenario kind of paints the picture).

But how bright is the future of this evolution toward video gaming, at least in this particular shape?

My disappointment in Bandersnatch is undoubtedly an illustration of the limited utility of the obtained viewer data, at least when it come to telling a story or creating content (a movie, a series, or content presented by brands in their famous "storytelling").

By simply trying to adapt to people, we lose sight of the message that we want to convey. This is certainly the case for Bandersnatch. It leaves us remembering a field of possibilities instead of a great story.

This, I believe, is a good marketing lesson for a world that thirsts for personal data. Data may be precious when it comes to adapting to a client, but it is noting without a proposition that goes beyond this—a plan.

Bandersnatch has no plan. Or at least, not exactly. The plan is, first of all, to demonstrate the episode's adaptability to our individual choices. But adapting is not enough to shape a proposition, and certainly not enough to move people.

The future of marketing and entertainment alike will depend on the talent (and the courage) to invent individual storylines that also know how to ignore our choices.

I can't wait for the next (real) Black Mirror episode! 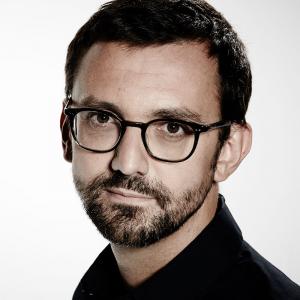