The Art of the Movie Poster: Stephan Lapp on the Genius of Jaws

When an enormous man-eating shark swam across movie screens on June 20, 1975, creating the first summer blockbuster, the world of movie marketing changed forever.

Throughout production, Jaws seemed destined for disaster. They spent double the original budget. The 55-day shooting schedule expanded to 159 days. Worst of all, the star of the film—a mechanical shark named Bruce—didn't work. Morale on the set was so low that crew members nicknamed the project "Flaws" and Universal Studios considered pulling the plug entirely.

But in fact, had it not been for those flaws in production, Jaws likely wouldn't be the masterpiece it became. The malfunctioning shark forced the young director, Steven Spielberg, to adopt a less-is-more approach (similar to that made famous by Alfred Hitchcock). Since his shark didn't work, Spielberg raised suspense with shots of moving water accompanied by the ominous notes of John Williams' score. Dum-dum … dum-dum ... dum-dum. It kept audiences stirring in their seats.

Due to the production delays, the film's release was pushed back to June. In 1975, the summer months were reserved for the studios' least regarded projects. However, after Jaws frightened test audiences, Universal used the summer to its advantage, knowing exactly how to keep people out of the water and in theaters instead. It opened with a wide release in over 400 theatres, which was uncommon at the time.

Jaws was groundbreaking in many ways. Aside from the film itself, audiences had never seen a marketing campaign of this magnitude. Universal spent an unprecedented $1.8 million marketing the film. Its spot ran on broadcast a record number of times in the two days leading up to the theatrical release.

The other key asset of the marketing campaign was the film's chilling key art, designed by Roger Kastel. 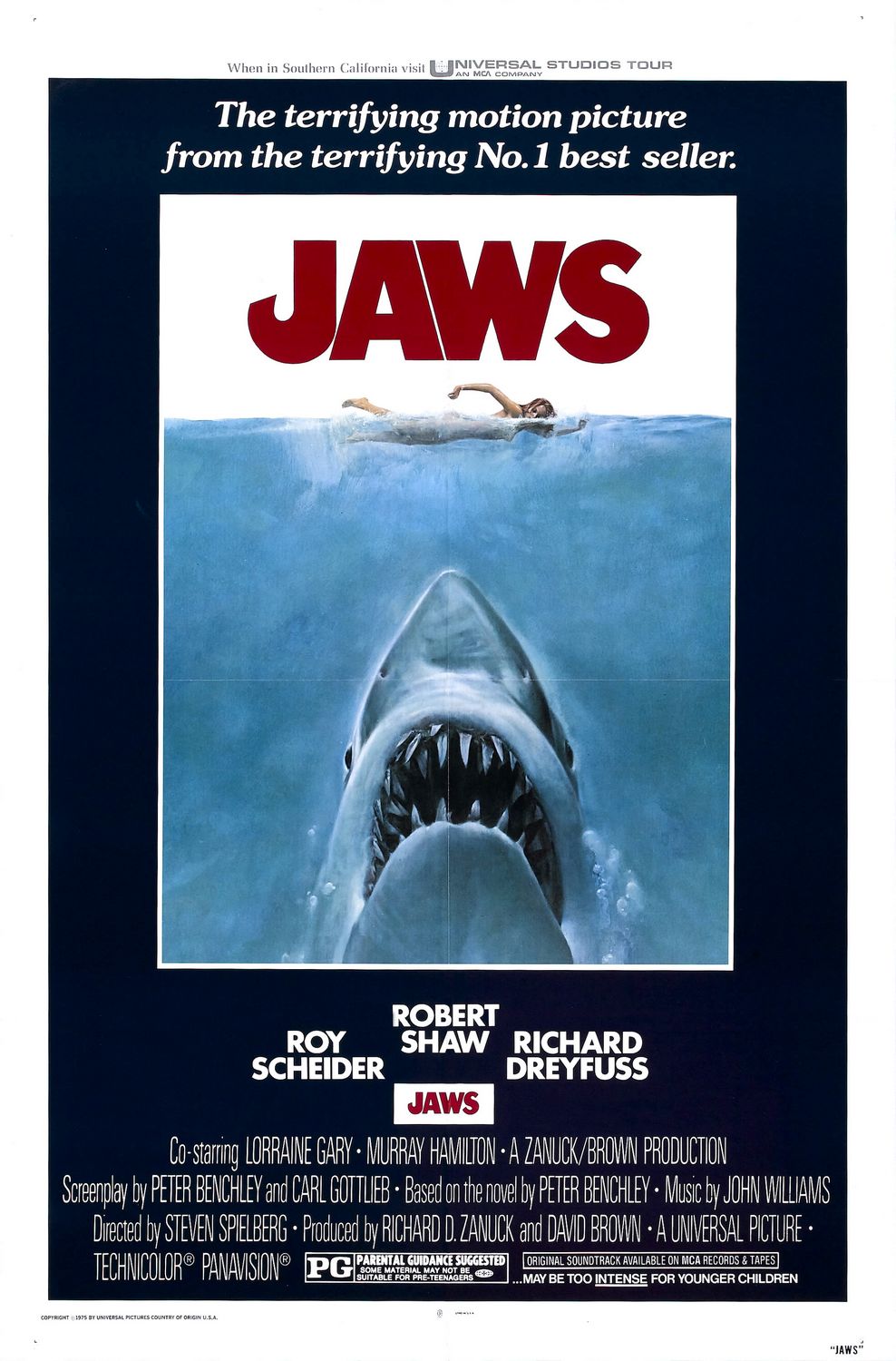 Not only did the poster keep audiences out of the water, but it was also the first piece of key art to become a merchandising product. Following the film's success, T-shirts, lunch boxes and backpacks appeared featuring the famous imagery.

The Jaws poster has inspired generations of film lovers and movie marketers—including Stephan Lapp, the president of IconArts Creative and a former Clio Entertainment jury member. He spoke to Muse about the impact it had on him, personally and professionally: 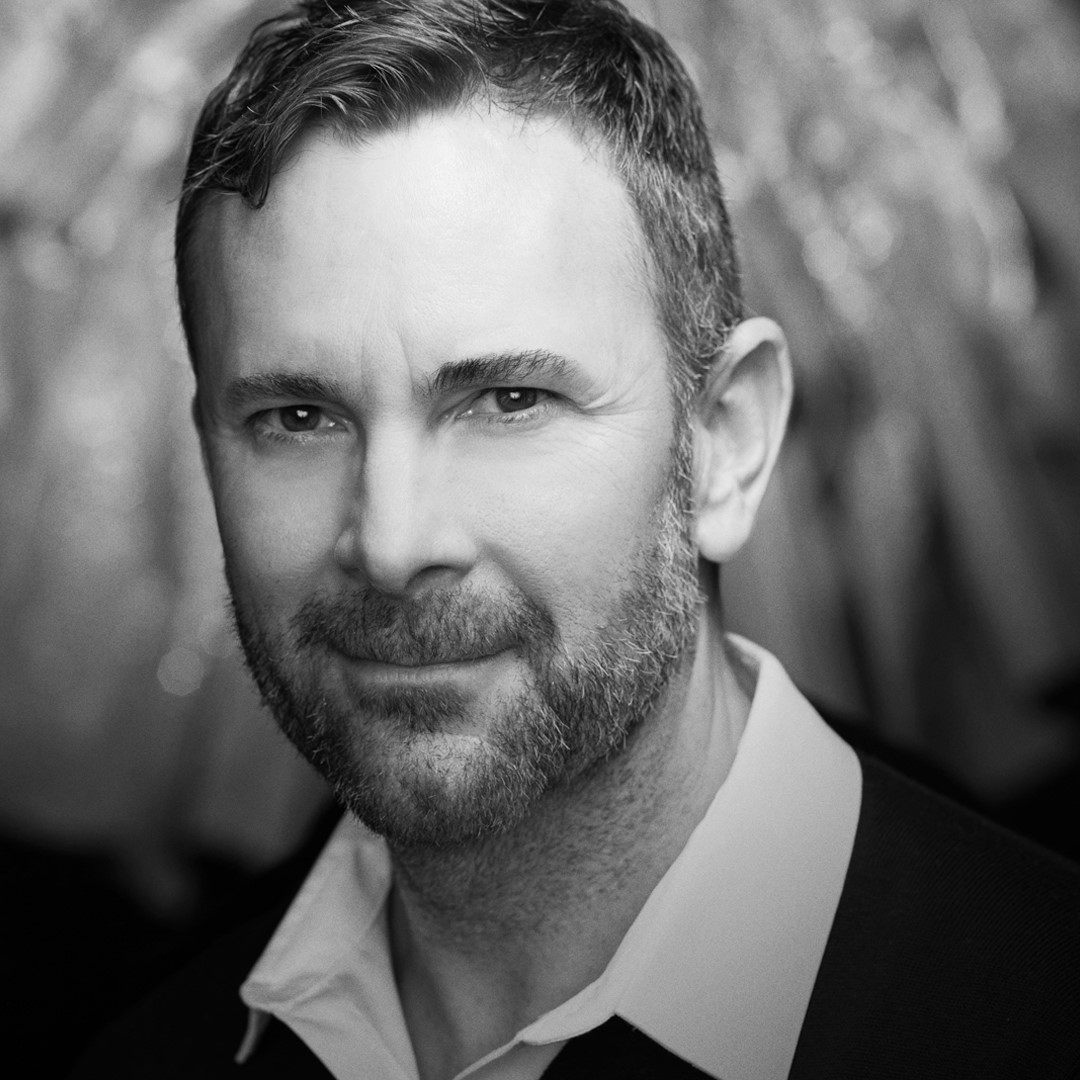 Stephan Lapp: The first poster that made me love posters was Jaws. I had always liked movie posters, but none had stopped me like that one did.

I was young when that movie came out, too young to see it in a theater, but that didn't stop me. I went to the movies nearly every week in the summertime to a theater that showed a double feature for two bucks. My mom would drop me and my friends off. She didn't really know what was playing, but if she knew that Jaws was what we were seeing, she might not have let us go. But seeing that poster hanging outside the theater truly excited me!

Muse: What about the key art stood out to you most?
The exaggerated scale of everything was really scary. That huge shark and the tiny woman swimming unknowingly on the surface … you knew exactly what you were in for when you looked at that poster.

What elements of that key art still inspire your work today?
The beautiful simplicity of the message of that poster. The visceral feeling you get from looking at it. There are very few posters, or movies, that have changed the way we feel about a situation that we all can relate to. Every time we go into the ocean, that score, that huge shark looming underneath us comes to mind. I can't think of another poster that has done that.

How did this work move the needle on entertainment marketing?
The enormous success of that movie created the blockbuster. So many of Steven Spielberg's movies from that point forward had incredible posters that are among my favorites: Close Encounters, ET, Schindler's List, Empire of the Sun—all amazing, iconic posters, all very simple, and all very emotional.

Generally speaking, what makes a great piece of key art?
I believe that the greatest pieces of key art are the simplest, and most emotional. A singular image that can carry the entire weight of the film's story on its shoulders. That image is incredibly difficult to find, but when it's found, the effect is amazing. Keeping in mind that key art is a piece of advertising that has to appeal to an incredibly diverse audience and be artistically and visually appealing. Knowing that there are so many variables that have to be considered—the stars, the genre, the director, etc.—the bravest and greatest posters are those that can transcend the expected. Those are the posters, like Jaws, that live on.

Did you ever get to meet the creative team behind the poster?
Years later, after my first encounter with the Jaws poster as a kid, I went on to work with the man whose agency designed that poster, Tony Seiniger. After my first job as an art director at Disney, I was brought onboard at Seiniger Advertising. I got to work closely with Tony, who was, and is, a pioneer in modern motion picture key art design.

His artistic influence made me push myself to try to find that singular, distilled, iconic image. I've been influenced by many great artists and designers, some I've met, like Drew Struzan, and some I wished I had met, like Norman Rockwell and Saul Bass. I'm always looking for that single iconic image, always challenging myself and my designers to push the envelope. That's what makes for great key art.

Q: What did Kastel model the image of the shark after?
A: A great white shark diorama at the American Museum of Natural History.

Q: Jaws was the highest-grossing film until it was dethroned by which film?
A: Star Wars took the title in 1978.

Q: What other famous movie poster did Katsel design?
A: The Empire Strikes Back.

Q: What famous line from Jaws was entirely improvised?
A: "You're gonna need a bigger boat."