Burberry Soars Through the Countryside in Dazzling New Ad

More poetry in motion from Megaforce 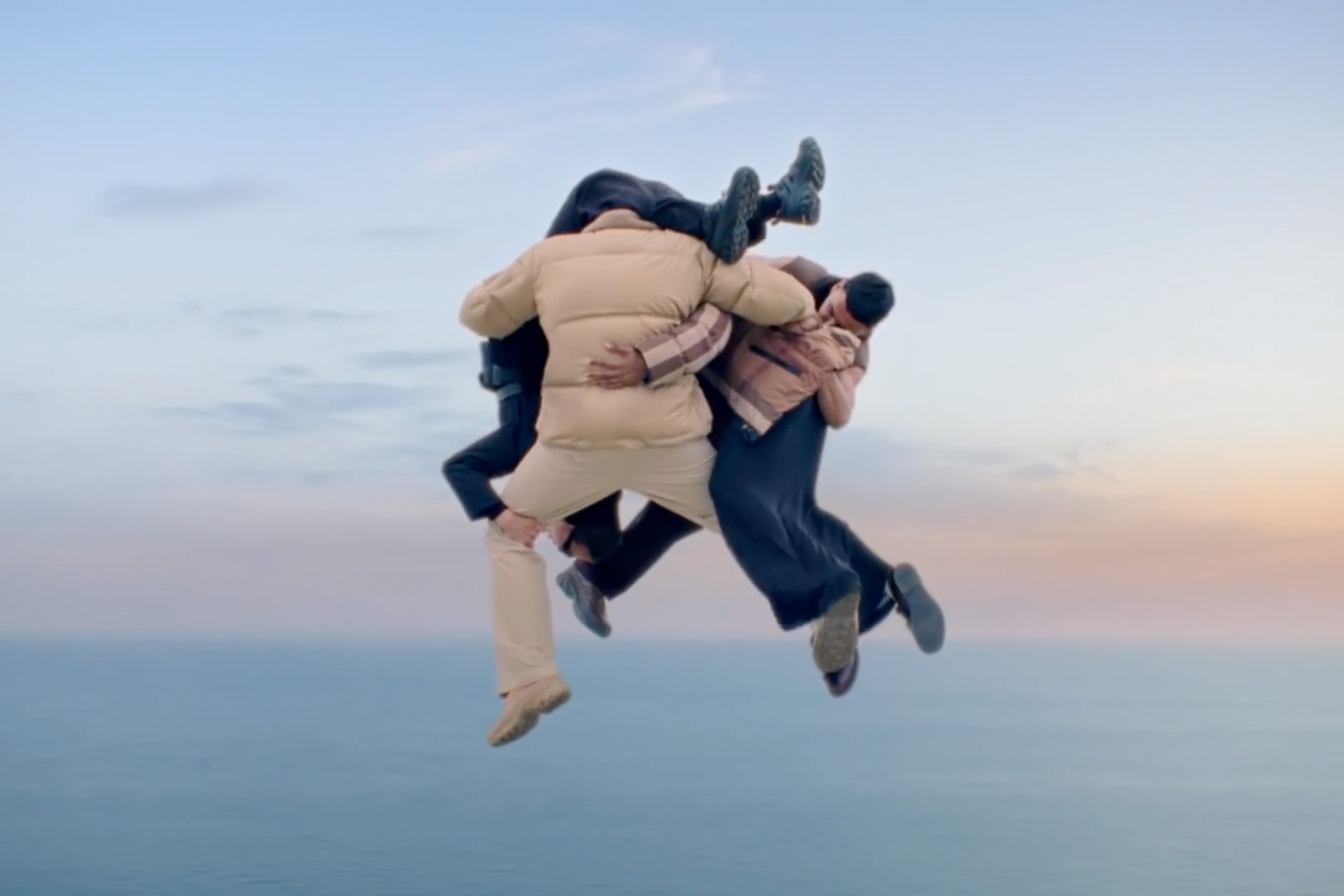 Almost a year after giving us "Singin' in the Rain," which still lives rent-free in our imagination, Burberry has released "Open Spaces," directed by Megaforce with DP Ewen Spencer.

The spot is set to "Counting Atomic" by Ryan Lott and arrives just in time for heavy coat season. Building on its predecessor, it takes the action from the streets of London to the British countryside, drawing inspiration from a Thomas Burberry quote: "Inherent in every Burberry garment is freedom."

Thomas Burberry, who died in 1926, was an English gentlemen's outfitter. He drew inspiration from everyday people's clothing, but had a particular preoccupation with trying to design waterproof textiles that would be both countryside-ready and appealing to burgeoning middle classes. He invented gabardine—water-repellent, but more comfortable than rubber, and thus perfect for raincoats. Burberry's gabardine was notably also favored by polar explorers.

"Open Spaces" teases the threads of this lost history while continuing what the brand started in "Singin' in the Rain," which touches only lightly upon that while paying tribute to London's Petticoat Lane, best known as where to go for luxury brand knockoffs. "Singin' " embraces and reframes the urban vibe it inherited with time, but "Open Spaces" says this is only half of Burberry's story, and half of what it is to be English.

England is not just about London. The English countryside has historically also been regarded as something everyone should have the right to—once tacitly understood, but, land ownership being what it is, codified by the 2000 Countryside & Rights of Way act, which provides partial "Right to Roam" rights over about 8 percent of England. This grants people legal access to walk certain landscapes without fear of trespassing, and efforts are being made to expand that right more widely.

One of the weirdest instances of this debate in the public arena was Madonna's fight to limit people's ability to roam her own English land. She first lost this battle in 2004, then appealed it and won the right to limit such free movement on a large portion of her 1,370-acre holdings in Ashcombe.

"Open Spaces" builds on this relationship between Britishness and roaming. It features four people who drive out to the countryside, put on their warm Burberry gear (we love the sound of them taking those thick coats out of the trunk), and flying through the landscape, an interpretive body poetry that connects them spiritually to the more fast-paced dancers of "Singin'."

As in the latter, there's a powerful sense of connectedness to space and to one another. There's also a shared feeling of l'appel du vide— "Singin' " ended, gorgeously, with one man racing to the shore and surrendering his body to the sea. In "Open Spaces," everyone floats gently off the edge of a cliff, their bodies locking into a final configuration. They are like a human bubble floating gently over a horizon, sunset meeting the sea as the music tightens its last note.

"Freedom allows us to be creative, to dream, to be anything or anyone. Burberry, like me, has had freedom at its heart since the very beginning," says Riccardo Tisci, Burberry's chief creative officer. "This campaign celebrates the fearless spirit of exploration which connects us with one another and the natural world. It's about pushing boundaries and pursuing endless possibilities—looking to the future and connecting us all."