Some advice from our DEI starter guide

Because of their size, getting small agencies to contribute to ambitious diversity goals can be seen as a struggle. Focusing on diversity and inclusion is generally viewed as more of an imperative for big agencies or network groups because that's where the scrutiny is. Leaders of smaller businesses may feel less motivated to be ambitious with their policies, initiatives or targets because they're not on the same scale. That notion couldn't be further from the truth.

Small agencies need to feel confident about the contributions they can make, and if you are a small agency leader, diversity must be at the very top of your agenda.

One of the benefits of running a small agency is that the leadership is likely to be more directly connected to employees. If you haven't had a DEI policy or a head of DEI, the beauty is that you're building something from scratch. It is personal and tailored to you, your people and your work rather than something off the shelf that can also plug in as a DEI policy for a bank or a school. It's your personal responsibility, which is tough but brings with it rewarding personal development. Rather than being an add-on, you have the power to make sure DEI is interwoven in everything you do as a team and an organization. Even if you are dealing in small numbers, you can effect real change that will not only impact your agency but the wider industry.

At Across the Pond, where we have a staff of 30, we created a DEI starter guide to help other small agencies who share our mindset and commitment to making our businesses and our industry better for everyone. Here are our top tips:

Don't wait to be bigger

Investing time in a formalized DEI policy is not a luxury only large agencies can afford. You shouldn't be waiting until you hit a certain number of employees before coming up with a clear DEI vision. If you employ one person, if you use one supplier, if you make one piece of work that is seen by one viewer, you have a voice in this conversation.

You don't have to hire a DEI professional

If your business is too small to have a full-time HR role, assign someone on your team who is passionate and committed to lead on DEI. I'm not a DEI professional by background, but it is something I care deeply about. I was pushing it up our list of priorities for a while before we realized we had to officially assign someone in our business to this role and make it a core business objective.

Perhaps you've pushed your nose up against the window of a mega agency and looked enviously at their employee resource groups that bring genuine support and advocacy to minority employees—and then pictured yourself as the only gay in the village in your little LGBTQ+ group. (Spoiler alert—that would officially be me in my office.)

Instead of being put off, study these initiatives and see what can be applied to your culture. Individuals in your agency can offer invaluable mentorship to entry-level people, for example. If setting a target around diverse staff demographics feels wrong for a company that hires only one new person a year, perhaps you could set a target for the pipeline of applicants instead.

After hearing an executive at another small agency talk about DEI at an industry event, I immediately got in touch and we swapped notes like keen teenagers poring over an exciting common hobby. It felt great to acknowledge with them how the DEI world can seem geared toward bigger players. By sharing valuable information, we were able to give each other a leg up from a place of mutual support.

It's easy to burst out of the gate and want to quickly implement plans to feel some traction. But when you start out, you will need to spend a lot of time just listening. You might be leading the journey, but it isn't yours alone, and you'll find that input from each colleague changes the plans, pace and direction. No one will expect you to have a beautifully presented master plan by the end of your first month on the job.

Get buy in from the top

We decided early on at Across the Pond that if the CEO and directors weren't invested in DEI, if they didn't have concrete KPIs individually, and if DEI wasn't baked into the company's business goals and values, we could never expect anyone else to care enough. Success is when everyone in an agency, from the most junior employee to the most senior stakeholder, is truly engaged, actively participating, and educating themselves individually and as a collective.

Tags
Across the Pond
DEI
Musings 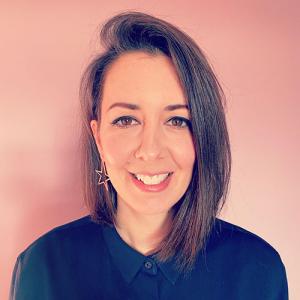 Anna Brent
Anna Brent is executive producer and head of diversity, equity and inclusion at Across the Pond.
More from Anna Brent