GS&P extends its 'Not a Crime' campaign 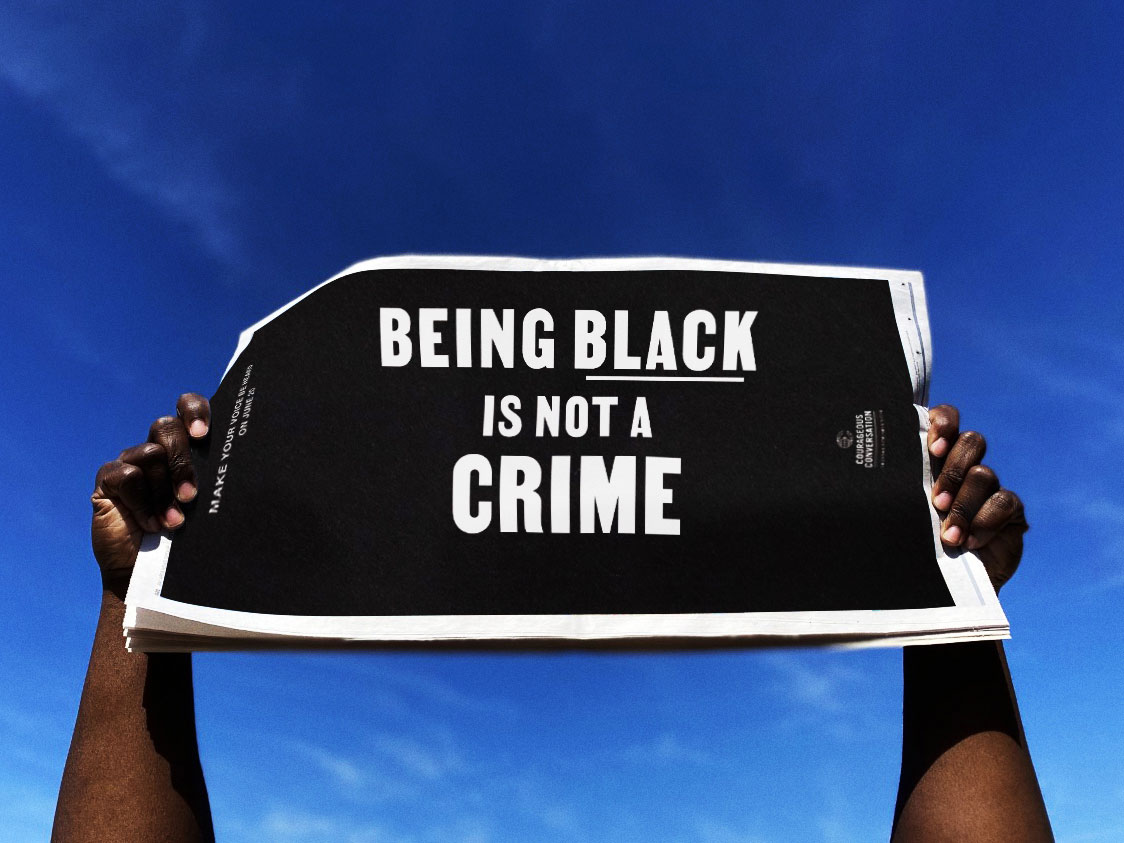 President Trump's decision to hold a campaign rally in Tulsa, Oklahoma, a city with a painful history of racial violence, on Saturday—just a day after the Juneteenth celebrations marking the end of U.S slavery 155 years ago—has become yet another flash point in the ongoing protests of racism in America.

Now, ad agency Goodby Silverstein & Partners is helping protesters plan for Saturday by publishing a newspaper ad today in the Oklahoma Eagle, on behalf of the Courageous Conversation Global Foundation, that can be used as a protest sign when Trump comes to town.

"Being Black is not a crime," reads the stark white-on-black block text.

It's a potent statement that brings GS&P and CCGF's existing "Not a Crime" campaign—which earlier included a film released just two week's before George Floyd's killing—to the site of protests.

"In America, Black people are three times more likely to be killed by police than white people. The goal of the ad is twofold: to inform and to equip people in Tulsa with a poster that can be used to make their voices heard on Saturday, June 20," said Glenn Singleton, president of CCGF.

"With the date, location and timing of the rally, it felt necessary for us to make a statement on the ground in Tulsa," adds Rony Castor, associate creative director at GS&P. "We should all hold ourselves accountable. If you can use your voice, you should do it. This is just our way of using ours."

CCGF and GS&P will also have a digital billboard on Friday and Saturday near downtown Tulsa, southbound on the 244 freeway. It reads, "Being Black is not a crime. Silence is."

"Right now is not an option to sit out while those in power continue to trample on our democracy and civil rights," says Anthony O'Neill, associate creative director at GS&P.

To demand specific de-escalation and implicit bias training for police officers, people can sign CCGF's petition at notagun.org or through Change.org. The training was created by CCGF and has recently been piloted by the Austin Police Department.

Here's another view of the newspaper ad: