The making of Mayfly Quest

Jeff Sweat has helped tell lots of interesting marketing stories over the years, in his PR roles at Deutsch, 72andSunny and now his own PR shop, Mister Sweat. But now he's getting a chance to apply what he's learned from creative advertising to build an audience for his own very special product—his first novel, Mayfly.

The post-apocalyptic young-adult novel takes place in what used to be Los Angeles. A mysterious plague has wiped out much of the human race, and no one is able to live past age 17 any longer.

To promote the book, Sweat and some advertising friends have built Mayfly Quest, a kind of interactive scavenger hunt based in social media and geo-targeted at people in the L.A. area. Finding clues unlocks extra Mayfly content on the book's website. 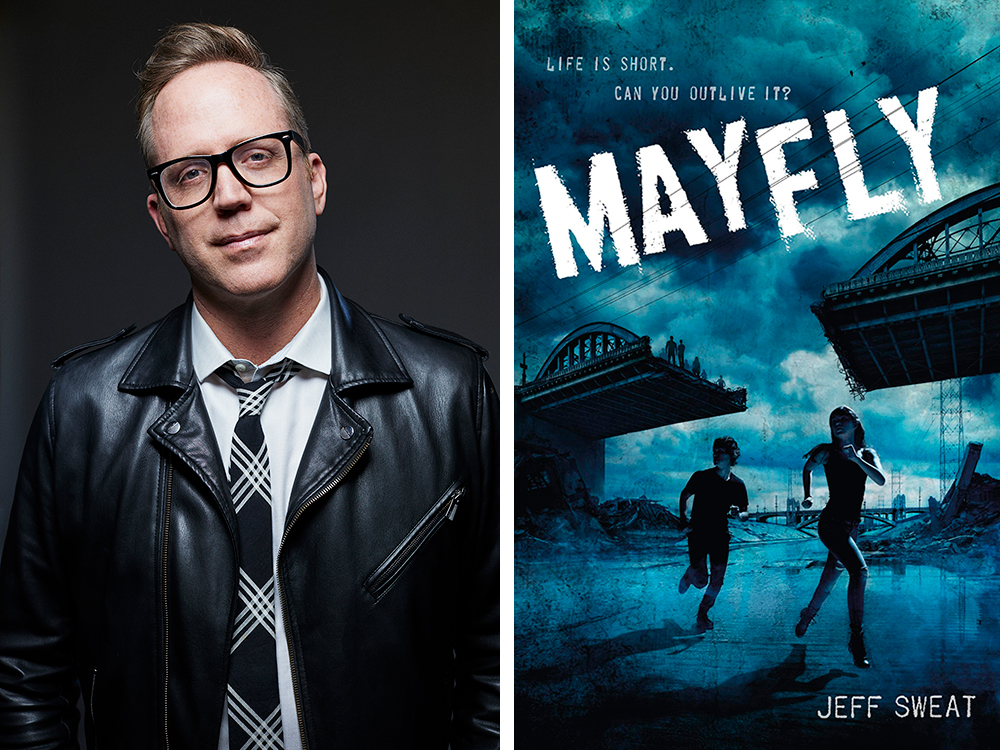 For Sweat, it was a multifaceted creative challenge involving audience and media strategy, writing, photography, digital and physical production and much more—quite the range of disciplines compared to the novelist's relatively straightforward job of typing words into a computer. (OK, yeah, there's more to it than that.)

The goal of Mayfly Quest, of course, is simple—to get the book into as many hands as possible, including those who might not ever encounter it otherwise. In that sense, audience strategy was key. Sweat worked with Portland, Ore., agency North—a longtime client of his—on that part of the campaign.

"I started to think about how I could apply the lessons I learned in advertising and marketing and PR to build a demand for the book," Sweat told Muse. "Who are the likely recipients for this? We worked to figure out who typically reads this type of book, and their behavioral characteristics."

Looking at the audience targeting options on Facebook and Instagram, Sweat identified a subset of Gen Z known informally as "Gen K," for Generation Katniss, named after Katniss Everdeen from The Hunger Games. They seemed like a promising audience for the book.

"It's a group of kids who believe nothing's going to come easy to them in terms of jobs and civil rights and equality. They feel like it's something they're going to have to fight for," says Sweat. "That really resonated with a big theme of my book. The dedication in the book is 'For the kids who hold the world together, whether they asked to hold the world or not.' This idea of responsibility being thrust on them—I wanted to dig into that and show what that world would be like."

• A Twitter feed written by scientists who observed (and possibly) caused the apocalypse
• Emergency broadcast signals, à la Lost, distributed as social videos (see below)
• Instagram content at @jeffsweatbooks
• 360-degree images of decaying L.A. landmarks, uploaded to Google Maps
• A Snapchat lens that can decode a clue from a page in the Mayfly book itself

All the campaign elements yield clues that players can enter on Mayflybook.com to get swag and bonus content like deleted scenes and short stories.

The campaign build was very much a DIY experience. Sweat got additional help from production house Boom Howdy for the website and radio signals. His own team at Mister Sweat helped with things like writing the clues and the bonus content. He also roped in a nephew who'd come to L.A., giving him a place to stay in exchange for help compositing the "apocalypsized" photos of L.A., which Sweat took himself.

All the moving parts were certainly a challenge.

"It gave me a tremendous amount of respect for the brands and agencies that pull this off routinely," says Sweat. "In a complex ecosystem like this, so many things pop up. Writing a novel is very hard from a concentration point of view. You have to sit down and focus on it, and you certainly need the ideas. But this was, for me, a different kind of creativity that I wasn't used to. It's safe to say if it hadn't been for my experience working with great agencies, none of this world beyond the novel would have been possible."

He also funded Mayfly Quest himself, coming up with the five-figure budget from his own savings—as marketing budgets in the book world tend to be minimal. (Mayfly was published last May by Feiwel & Friends, a YA-focused imprint of Macmillan.)

"In books, the author is the brand. If someone's going to build the brand, it falls back on the author to do a lot of the heavy lifting," says Sweat. The money he's spending on the campaign, much of it on paid social, is "a daunting figure," he admits, "but I believe you have to invest in yourself if you believe in what you're doing."

The campaign also includes a non-virtual element: Sweat is working with directly with indie bookstores and libraries to provide them with a "Gatherer's Bag" kit (below) that includes a copy of the book and clues to be decoded.

Mayfly Quest continues through April 23. If it proves successful, it may be expanded to markets beyond L.A. 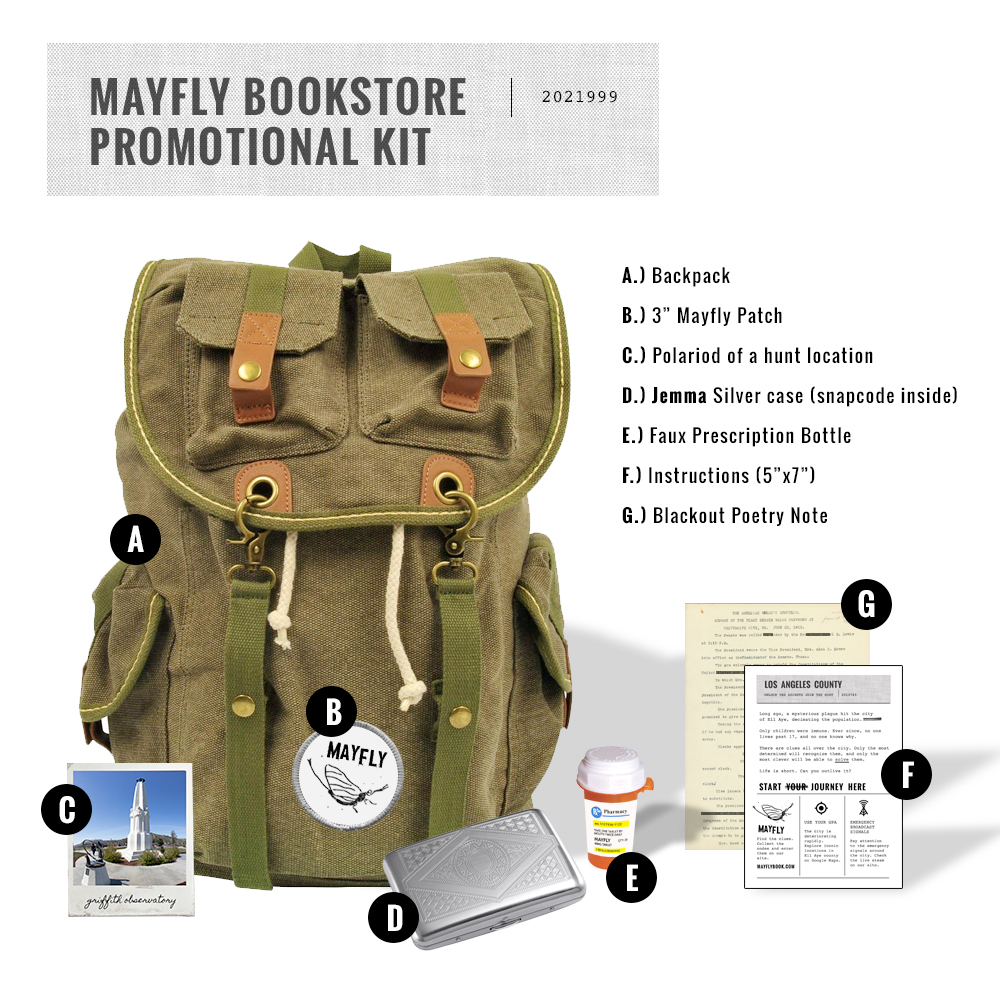