Tour the digital experience from The VIA Agency and Baby Lion 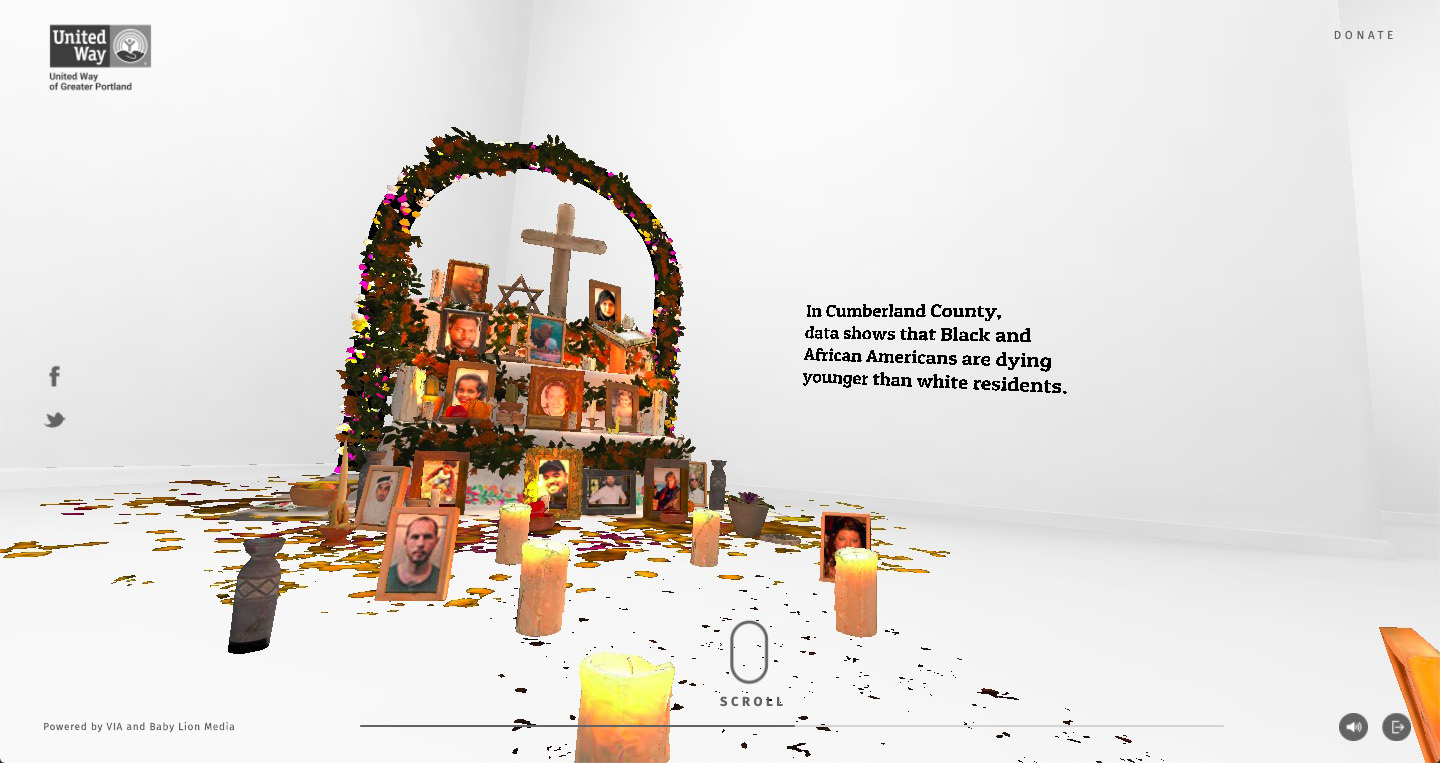 Virtual museums have enjoyed record visitors during the pandemic. Now, the United Way of Greater Portland in Maine adds a sobering entry to the genre with "A Closer Look," a site that brings the reality of poverty to life through a visually compelling digital experience.

Developed by The VIA Agency and digital production company Baby Lion, the site is structured to look like a museum exhibit—with each room focused on a different data point about poverty in Cumberland County. The scrolling feature is dynamic and seamless, taking the user on an engrossing journey. Along with the data points, the text within each room also details how the United Way of Greater Portland is helping residents navigate the challenges.

"United Way of Greater Portland is where the community comes together to create a better future for all," copy says at the end. "We are stronger together. With your support we can ensure the education, financial stability, and health of our community. It takes a village. Help now."

VIA CEO Leeann Leahy serves on the United Way of Greater Portland's board. The organization reached out to the agency looking for help in asking for donations at a time when doing so in person isn't an option. Bobby Hershfield, VIA's chief creative officer, reached out to friend Ramon Nuñez, founder of Baby Lion, with the idea of creating a unique data visualization.

"We wanted to create empathy with the viewer, but we did not want to follow familiar clichés about poverty," says VIA creative lead Teddy Stoecklein. "We decided to build an experience that would feel like an exposé one might find at a museum of contemporary art. We felt the contrast between the design and startling realities of poverty would create a powerful emotion to help build awareness of the struggles of those in need. We wanted it to hit home. It also had to showcase how United Way is helping address some of these issues."

Baby Lion's dev team in Buenos Aires, headed by Nico Ferrero, took the lead on the project. "They were incredible to work with," Stoecklein says. "As with all dev, it's really about problem solving. The site was ambitious in concept, and some of the technical challenges were immense. But the entire team, Baby Lion, VIA and United Way rallied behind the cause. In the end, we're very proud of the work and we look forward to seeing it help United Way make a difference."