Corona's Can Designs in Mexico Show How Polluted Specific Beaches Are

In recent years, Mexico's beaches have faced a rising tide of pollution, with plastic waste choking marine life and turning shorelines into virtual garbage dumps. To raise awareness of the problem, Corona initiated a sea change on its beer cans.

Working with the Leo Burnett offices in Mexico and Australia, the brand launched a clever packaging transformation, creating cans that visually display data about the erosion of specific beaches.

Of course, discarded beer cans also contribute to pollution. Even so, Corona has shown heightened sensitivity, joining with NGO Parley of the Ocean on ecological initiatives, and working to reduce plastics in its production facilities. 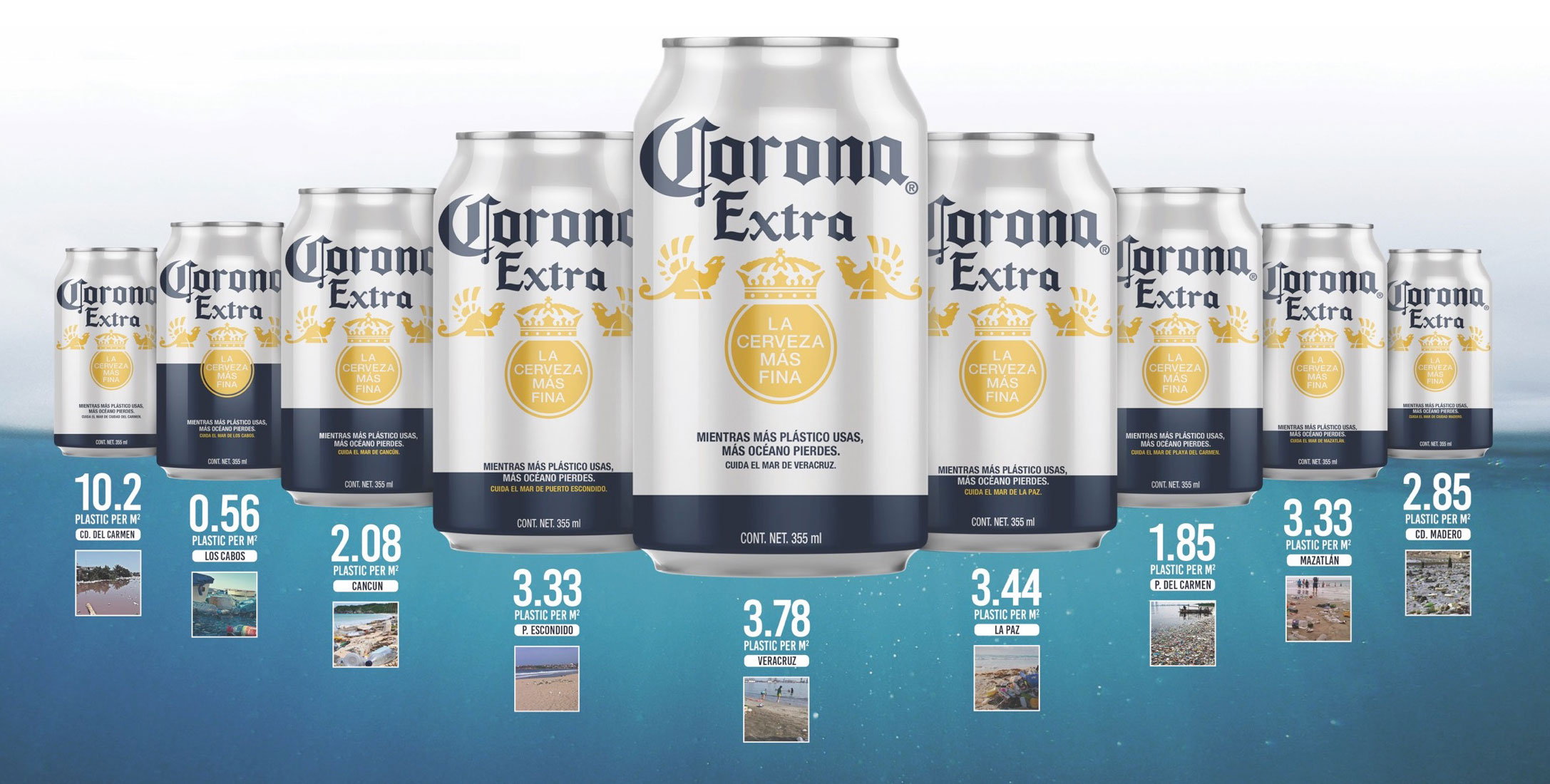 Federico Russi, creative chief at Leo Burnett Mexico, believes the brand deserves credit for generating a wave of action, as beach cleanups across the country have enjoyed a 30 percent spike in volunteers since the special cans hit retailers last month.

"We placed the problem in people's hands," he says, "because they have the power to change the situation."