Nebraska ad agency Bailey Lauerman has worked with Union Pacific, the railroad company, for many years. This week, one of its UP design projects from over a decade ago has suddenly taken center stage.

In 2005, the Omaha-based shop helped to design the UP No. 4141 George Bush Locomotive, a custom-painted Union Pacific locomotive created to honor George H.W. Bush. The locomotive was designed with the colors and other elements of the Air Force One design used during the 41st president's time in office.

Yesterday, the locomotive had a somber and honorable final task involving the man for whom it was named. It pulled his funeral train from Spring, Texas, to College Station, where Bush was laid to rest—not far from where UP No. 4141 was first unveiled some 13 years ago. 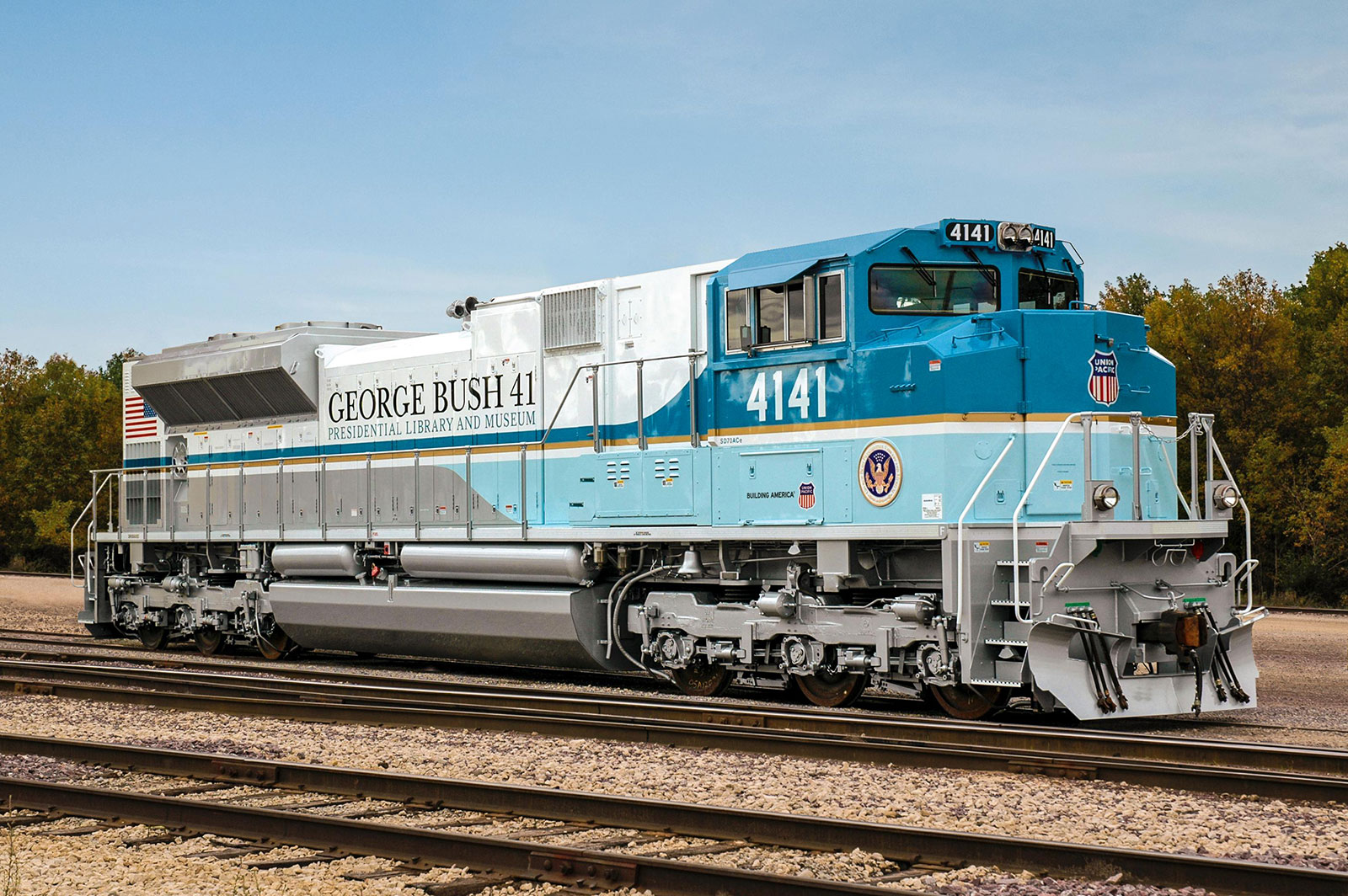 Back in 2005, the UP No. 4141 George Bush Locomotive was just the sixth UP locomotive painted in colors other than the traditional UP "Armour Yellow" paint. The locomotive's rear panel features elements from Air Force One's wings and tail, including the American flag and sweeping lines of forward motion representing progress.

In the 13 years since it was produced, the UP No. 4141 George Bush Locomotive has delivered shipments across all 23 states served by Union Pacific and will continue to do so—a tribute to President Bush's lifelong service. 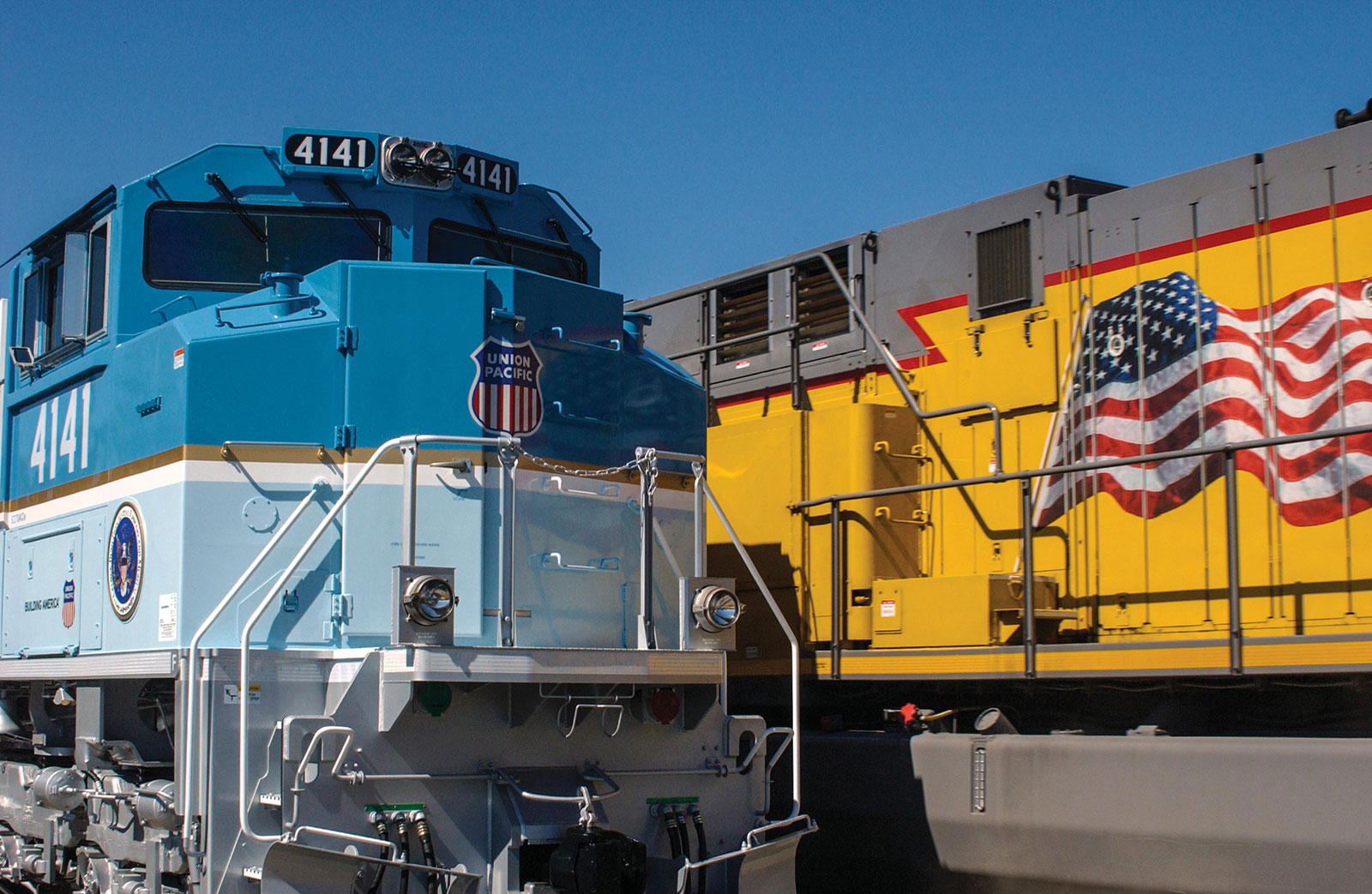 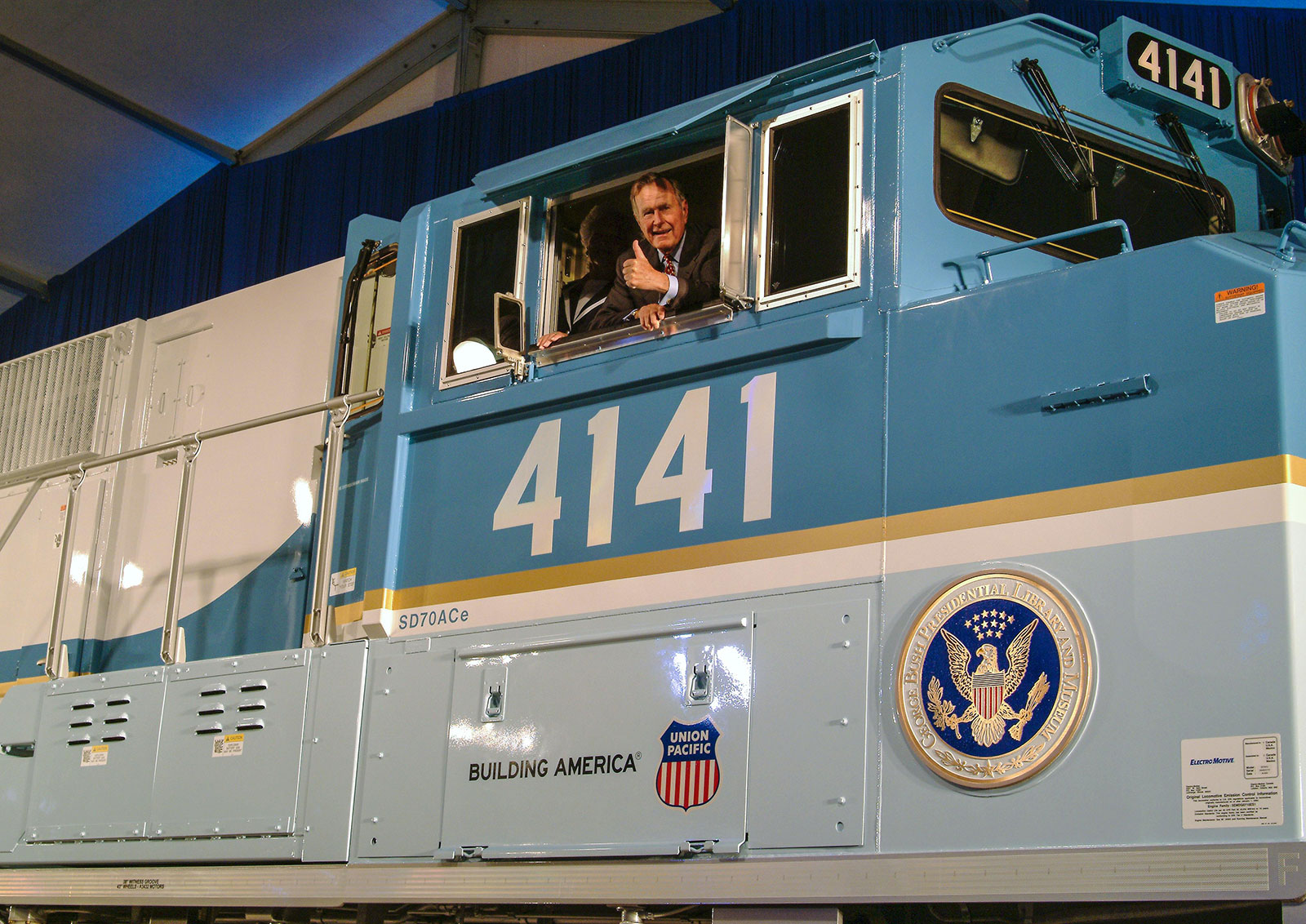 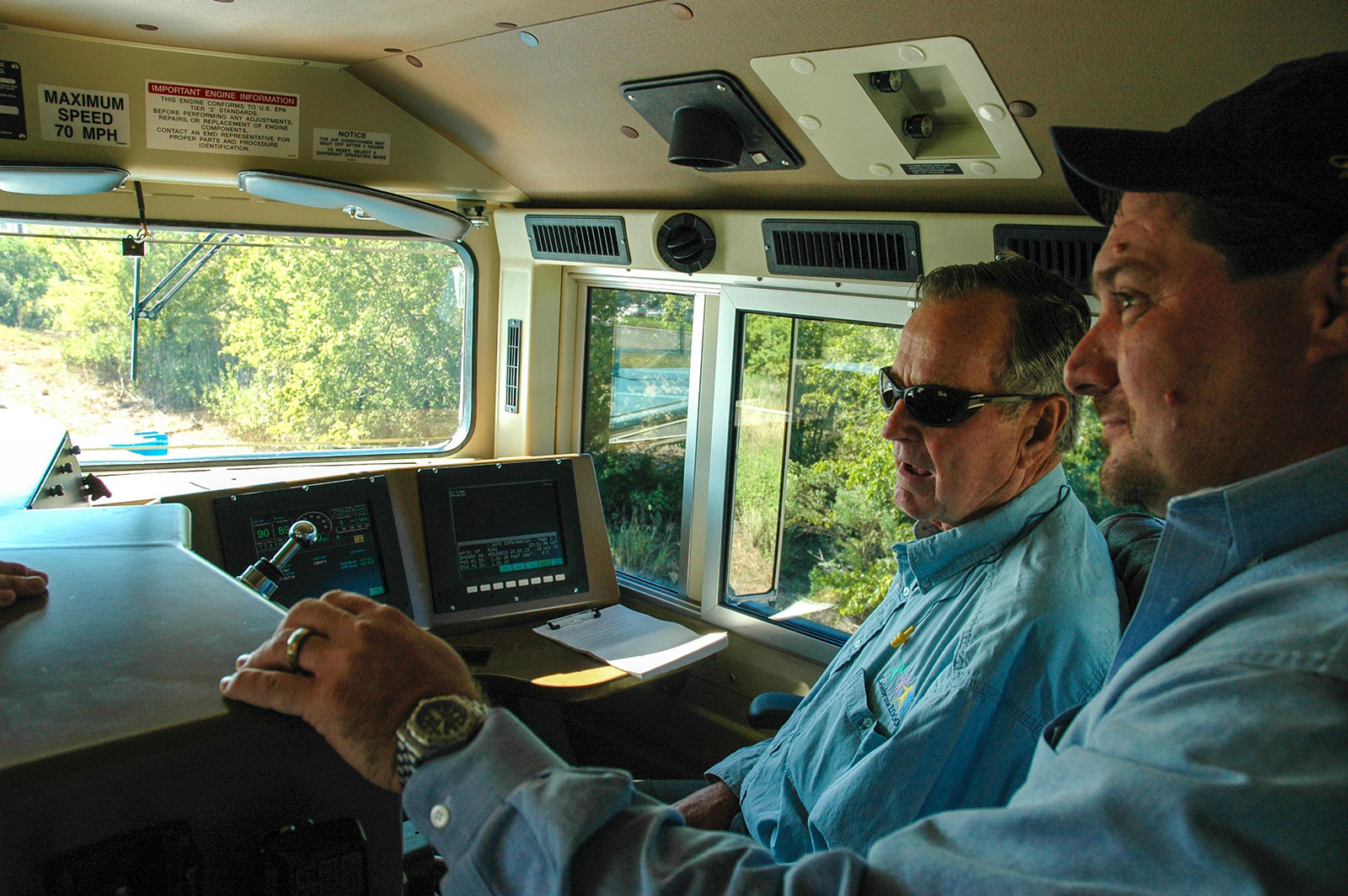 "I am deeply grateful to Dick Davidson and Union Pacific for their friendship and support," Bush said at the time of the locomotive's unveiling, referring to the longtime railroad executive who was UP's CEO from 1991 to 2006.

Bush added: "If we had the UP 4141 back when I was still in office, I might have left Air Force One behind more often!"

Bailey Lauerman won the Union Pacific account in 2001. (The client was based in Omaha, and BL soon moved its own headquarters from Lincoln to Omaha.) Within the first year, BL launched the "Building America" campaign for UP, which used breathtaking photography and video of UP trains in iconic landscapes of the American West. The campaign won a slew of awards and continues today.

See some of BL's "Building America" print work below. 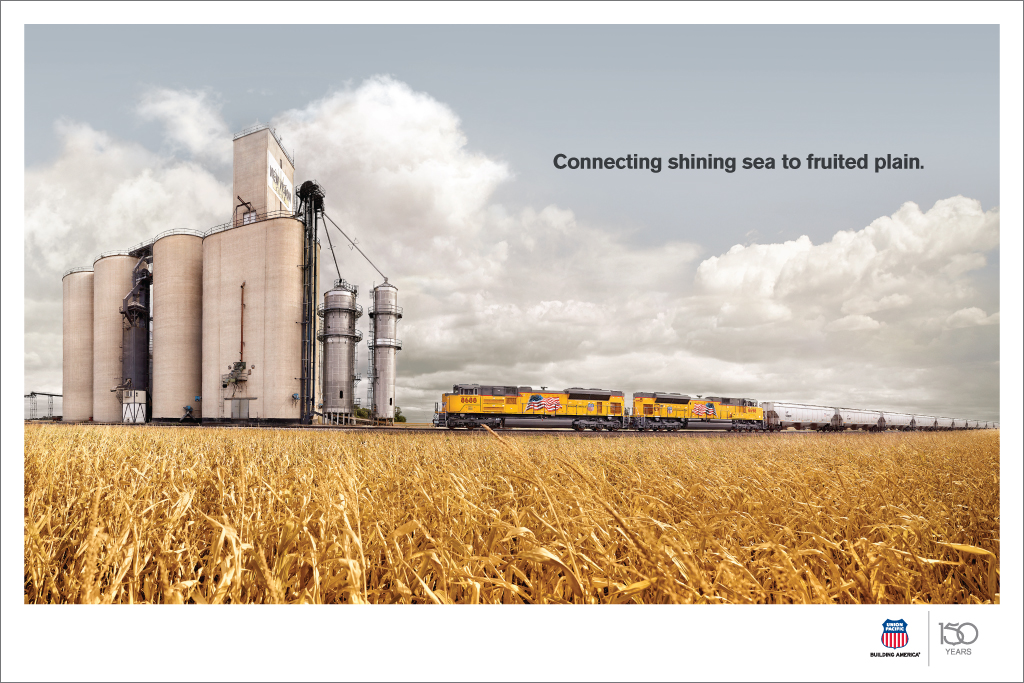 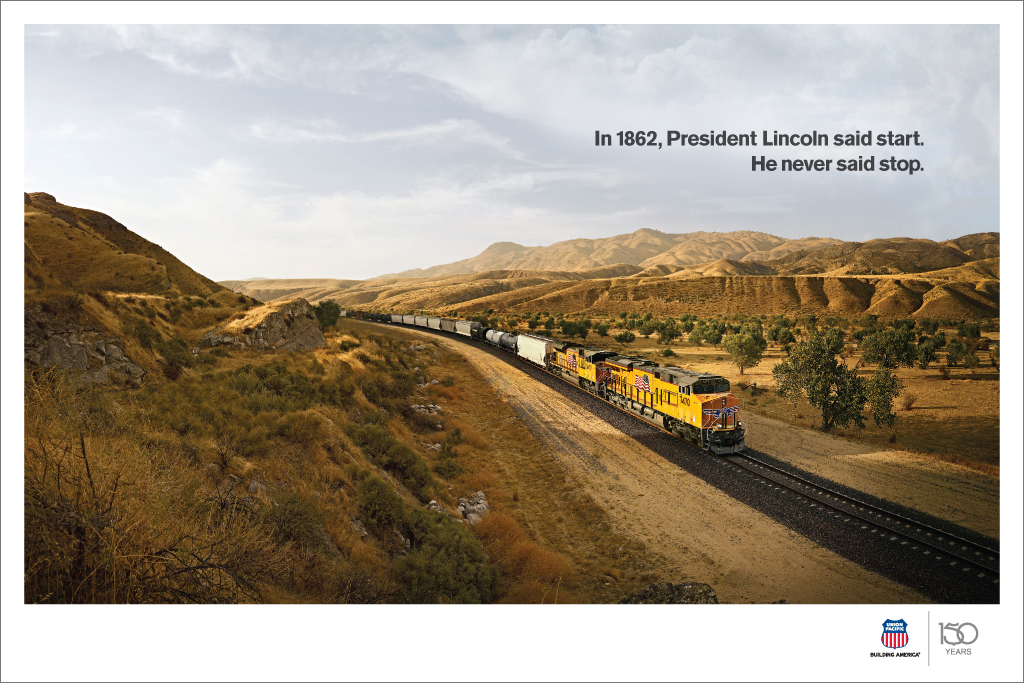 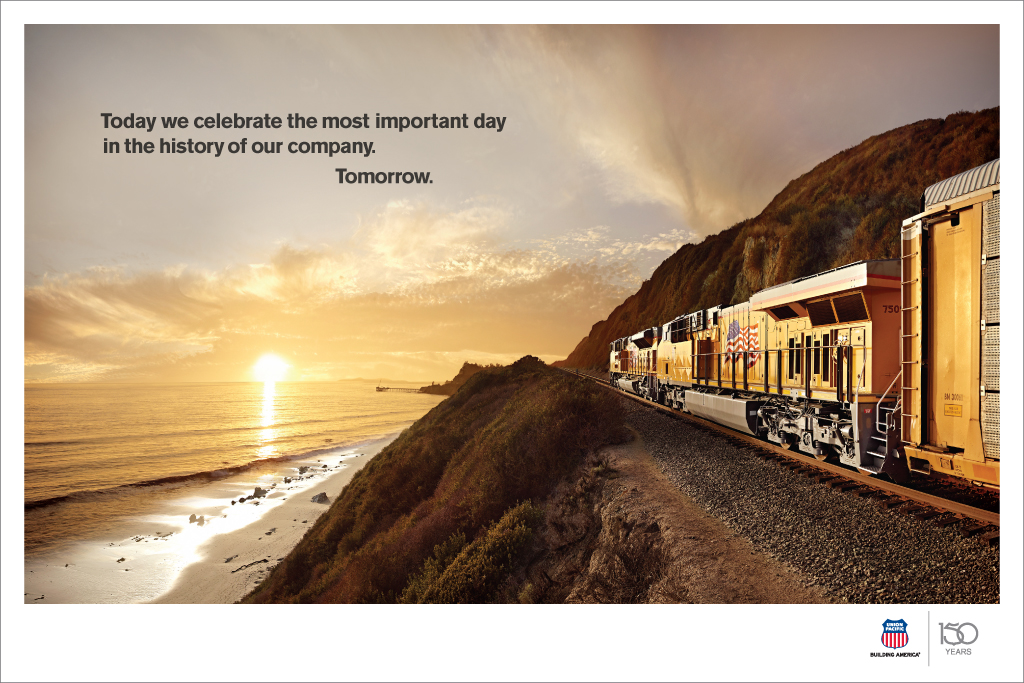 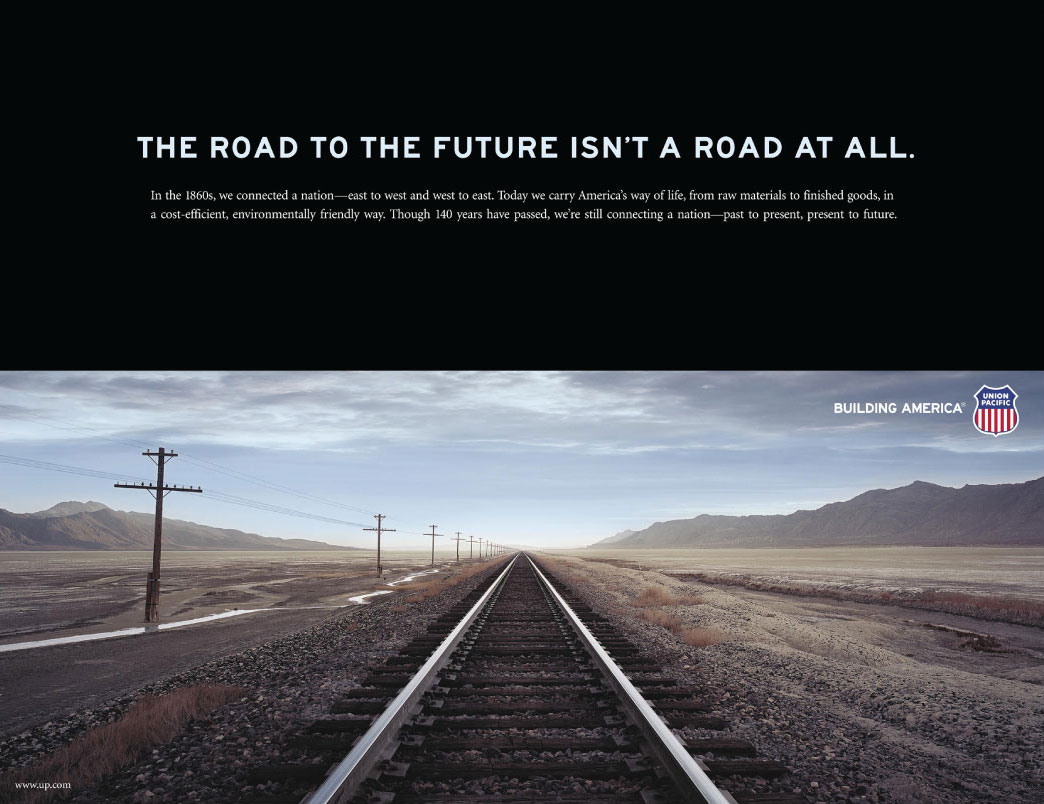 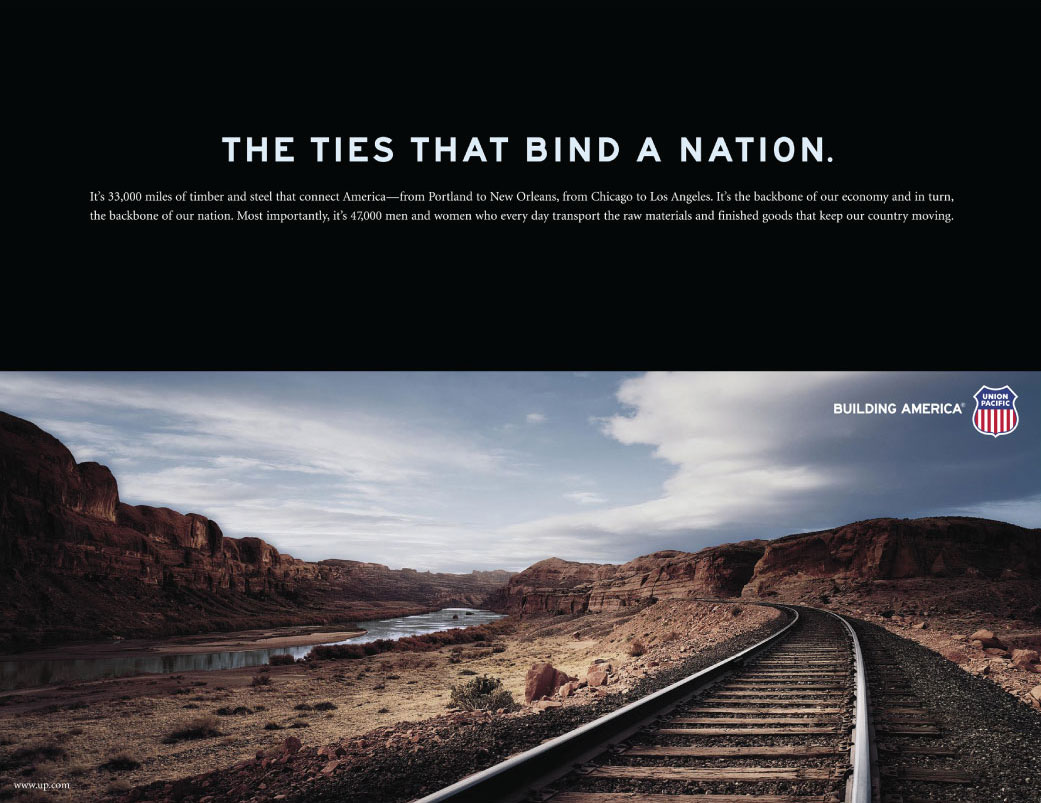