A Georgian celebration beckons to millennials 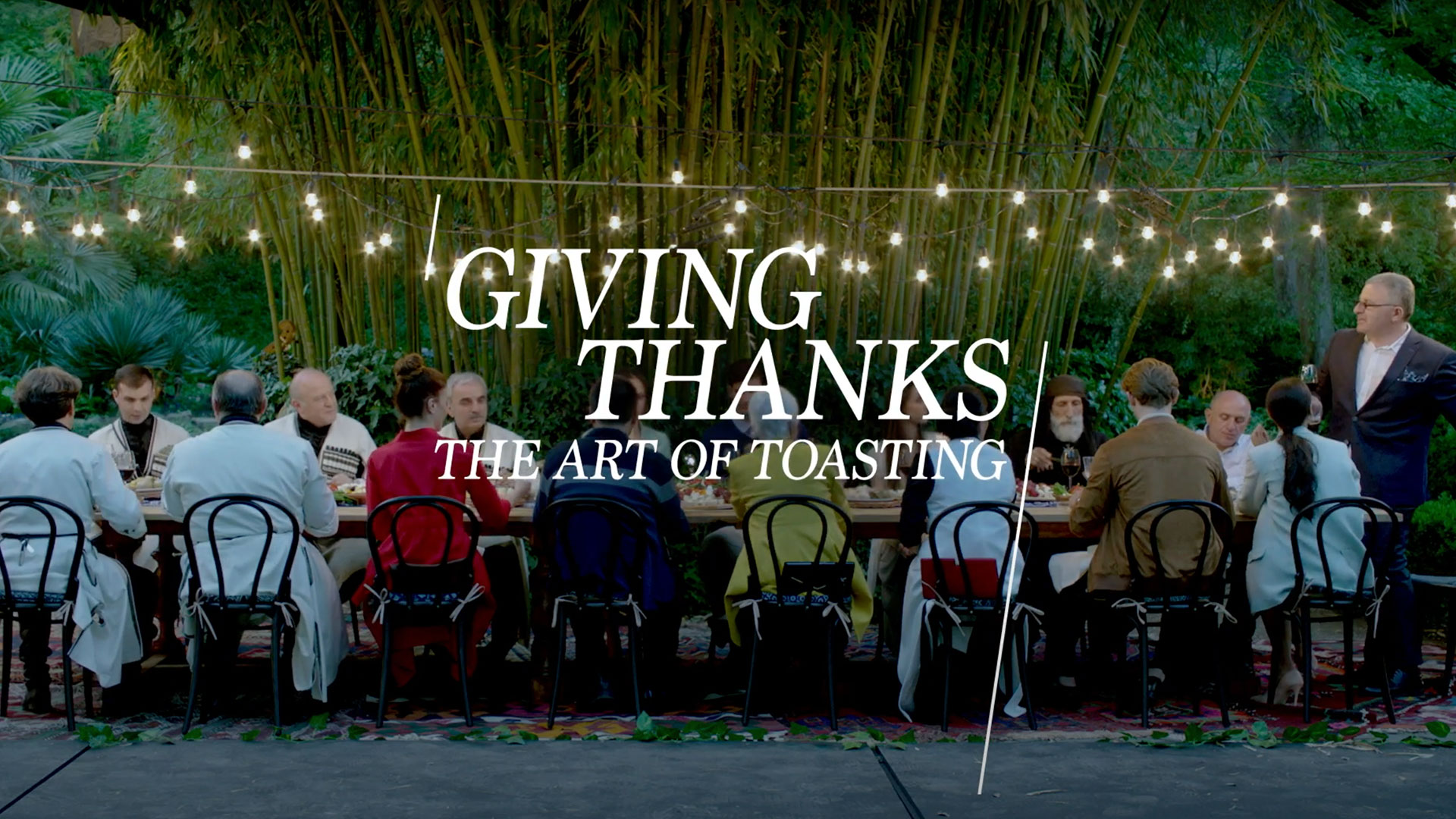 As Americans scale back their Thanksgiving celebrations amid the ongoing Covid-19 crisis, Lost Eden invites viewers online for a grand feast—known as a "Supra"—filmed in the winemaker's homeland of Tbilisi, Georgia, before the pandemic began.

Developed with creative agency Odysseus Arms and production house Silk Factory, the film, shot at Georgia's lush National Botanical Garden, runs for six hours. It presents a sumptuous celebration in the former Soviet Republic, with traditional cuisine and plenty of wine, plus music and dancing, shown mostly in real time.

This minute-long teaser provides a taste:

And you can imbibe the entire production below at your leisure:

If that overwhelms your palate, the version on Lost Eden's website boasts handy navigation markers, so you can skip around and sample various aspects of the gathering, which begins in dappled afternoon sunshine and winds down beneath the stars.

In the opening scenes, artists, winegrowers and historians arrive for courses of soup, dumplings, flatbreads and other Georgian dishes. Zaal the falconer nominates Lado as toastmaster, and he regales us, in English, with tales of the nation's history, plus many, many toasts—to the gods, women, friendship, the future and sundry aspects of life. (There's even "a toast to the love of toasts" around the 1:15 mark!)

Lutes, flutes, bagpipes and dancers enhance musical interludes, with stories and songs harkening back to Medieval times, including the 11th-century hymn "Thou Art a Vine." (Some say Georgians invented wine. At any rate, its history in the Caucasus region stitches back to 6000 BC!)

Unlike some ultra-lengthy brand content pieces that serve mainly as PR vehicles that no one would actually watch for more than five seconds, "Supra" offers convivial cultural immersion, a window into a world most Westerners know little or nothing about. Its compelling otherness and gracious, gentle evocation of a simpler place and time provide a compelling respite from 2020's nonstop anxieties. Even the static camerawork of the full group around the table enhances the charm. (It's almost like your Georgian uncle filmed a big outdoor party back in the old country.)

"Whether you are cooped up with your family or socially distanced from the people you love, here's a new family you can feast with," says Odysseus Arms CEO and co-founder Libby Brockhoff. The project targets millennials, "and you can do things like this because millennials love the experience," Brockhoff says. "It's not so much a dinner as a primer for a faraway, little-known culture … this is travel/tourism/wine advertising all in one."

"The shoot was in real-time—we never stopped rolling," she recalls. "We didn't edit out a second. It's all there in its 'slow TV' glory."

Highlights from "Supra" and invitations to view the full-length film on Thanksgiving will appear in social media, targeting consumers and the wine trade.